Home / Blog / Why I Came to EarthRights International

I joined EarthRights International (ERI) about a month ago as Director of Strategic Impact and Campaigns. That title sounds fancy, but basically my job is to help connect the three main areas of ERI’s work: legal, training and campaigns. So far, my learning curve has been pretty steep, but also fascinating. I am more convinced than ever about the critical importance of this organization’s work, which at its core is about standing with those who defend human rights and the critical natural resources – water, land, and air – that we all need to survive.

I’ve been fortunate to have amazing experiences in my career: from working with Ashaninka indigenous peoples displaced by political violence in Peru, to supporting a great network of human rights champions at the RFK Center for Human Rights, to founding Oxfam America’s extractive industries program. But in recent years I have become convinced of the need for more direct action to address the critical environmental and human rights issues the world is facing.

This includes holding corporations accountable for the damage they have done to the environment and for attacks on those who have tried to defend it.

On climate, strong, direct action is needed now to push governments and corporations to address the crisis and take necessary means to ensure that we have a livable planet to pass on to our children and grandchildren.

The climate crisis is also unquestionably a human rights issue. Changes in climate are already increasing water and food scarcity and driving conflict. Competition for control of increasingly scarce areas of arable land, forest reserves and sources of fresh water is intensifying pressure on communities – particularly indigenous peoples – who steward these resources. Violence and repression are increasingly directed at the brave individuals who fight to defend these resources – who ERI refers to as earth rights defenders (ERDs).

This is a pretty grim global scenario. But there are signs of hope, especially in the actions of the brave earth rights defenders that ERI supports. People like Maxima Chaupe, who has resisted pressure from U.S.-based mining company Newmont to force her off her land. People like Khaing Myo Htun, an EarthRights School alumnus who documented and exposed crimes against humanity including torture, forced labor and forced evictions by the Myanmar military. People like Ka Hsa Wa, the leader of ERI and himself a great defender of the rights of indigenous peoples in Myanmar (Burma). And the cadre of ERDs who are trained at ERI’s defenders schools each year.  I believe that ERI, with its combination of hard-hitting legal strategies, innovative campaigning and deep commitment to building the capacity of ERDs is the global organization best positioned to support these struggles.

I’m here because I want to support these vital voices and to do whatever I can to help advance our common goals of protecting the planet and communities under threat.

In the coming weeks and months, you can expect to see an intensification of ERI’s critical work in these areas as we fight climate change, push to hold corporations accountable for the human rights abuses they commit and, above all, work to protect earth rights defenders. I’ll be working hard to contribute to this critical work. We hope you’ll also join us in these struggles – and many more to come. 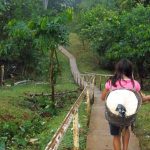 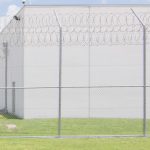 Family Separation and the Companies that Profit