Home / Where We Work / U.S and Global

The American public has become increasingly concerned about corporate influence over our public institutions but the actions of the U.S. government tells us they don’t agree as corporate power only continues to grow. Corporations and financial institutions enjoy increased freedom due to legal loopholes and deregulation in transparency laws. It is our mission to seek justice on behalf of communities around the world that have been intimidated, harmed, or killed at the hands of these corporations and institutions and hold them accountable.

Corporations are taking steps to insulate themselves from accountability for their actions. These efforts increasingly limit the ability of ordinary citizens and other victims of corporate abuse to access the courts. Under the Supreme Court’s 2010 Citizens United decision, corporations – which cannot vote – have been granted rights under the First Amendment to spend money in order to influence elections.

Corporate interests rarely represent the interests of the global community, and we must ensure that protecting people, not corporations, is the primary focus of our laws and policies. We must work hard to shape the future where profit does not reign supreme to the rights and prosperity of the people and the planet.

Globally, we seek innovative legal strategies to counter corporations and governments who violate human rights and environmental justice. U.S.-based companies and financial institutions believe they can get away with egregious human rights abuses as long as they are committed overseas, but that’s simply not true.

We pioneered the use of the Alien Tort Statute (ATS) to hold companies accountable in U.S. courts for violations they committed abroad. Our transnational litigation portfolio continues to grow with our active cases representing communities in India, Honduras, and Colombia, covering issues related to a destructive coal power plant, armed land grabs, and the funding of paramilitary groups to commit murder in order to advance business prospects.

Two of our active cases are against the International Finance Corporation (IFC), the World Bank’s private lending arm. Precedent claims that the IFC is legally immune – but we’re challenging that in federal court. No institution should be above the law.

We also developed a new strategy to use the U.S. Foreign Legal Assistance (FLA) statute to obtain information for use in corporate accountability lawsuits in other countries. Since then, we have won several FLA cases, and have provided valuable information and documents in human rights and environmental justice cases in Peru, the Netherlands and Mexico.

More recently, we have had to adjust to an administration that is an ally to oil, gas, and mining companies, and rejects climate change. When Exxon filed numerous subpoenas against lawyers to try to obtain confidential files on climate change, we represented several of those lawyers in defending against this disclosure. So far, Exxon hasn’t obtained any of their documents.

As long as corporate power remains unchecked, businesses and the governments they collaborate with will continue to get away with human rights and environmental justice violations. Transparency and accountability are crucial in turning around business as usual. Corporations’ respect for human rights and the environment is not simply a matter of social responsibility or voluntary gestures, but a legal requirement that should be enforceable through courts. 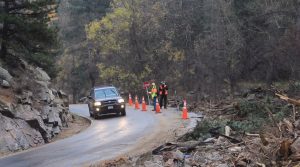 U.S. and Global Campaigns and Cases

We represented dozens of women living near the Barrick mine in Porgera, Papua New Guinea, who had been brutally raped by the mine’s security guards.

We sued Chevron in California for its complicity in murder and torture in Nigeria.

Fishing communities and farmers in Gujarat, India, filed suit against the International Finance Corporation, the private lending arm of the World Bank, for its role in funding a destructive coal power plant project that has affected the health and livelihoods of the communities.

The Corporate Accountability Coalition Report Card represents an attempt to educate the public about Congress’s record in protecting people from the unchecked growth of corporate influence.

The Colorado communities of San Miguel County, Boulder County and the City of Boulder took oil companies ExxonMobil and Suncor Energy to court, seeking compensation for the costs of adapting to climate change impacts.

Since 2009, we’ve worked with Oxfam America and the Publish What You Pay US (PWYP-US) coalition to promote transparency in the extractive industry.

We filed a Foreign Legal Assistance action to help Esther Kiobel gain access to documents to support her case against Shell in the Netherlands, where the company is headquartered. Ms. Kiobel’s husband, Dr. Barinem Kiobel, was murdered in Nigeria in 1995 after speaking out against Shell’s oil operations in the region.

We filed a Foreign Legal Assistance action to obtain documents and testimony from Massachusetts-based safari company Thomson Safaris. In 2010, Maasai villagers in Tanzania filed suit against the company over allegations of land-grabbing and violence. The villagers were forced from their land to make room for a luxury safari camp near the Serengeti National Park.

After the Securities and Exchange Commission (SEC) failed to meet its deadline to draft new transparency regulations, we filed suit against the SEC on behalf of Oxfam America.

Residents of Bhopal, India, sued Union Carbide, seeking accountability and for the company to clean up the the site after a toxic gas leak killed thousands of people in 1984.

After nine Ogoni activists in Nigeria were murdered for speaking out against Shell’s oil operations in the region, the surviving family members of those killed filed suit against Shell, seeking accountability.