The Chaupe family, including Goldman Environmental Prize Winner Máxima Acuña-Atalaya de Chaupe, are subsistence farmers in the rural highlands of Cajamarca, Peru. They obtained the right to a plot of land known as Tragadero Grande in 1994, and have cultivated crops and raised livestock there for many years. Since 2011, when Newmont’s Board of Directors approved Conga, a controversial US$4.8 billion mining project, Newmont’s agents (including public and private security forces) have used harassment and violence to try to evict the family from their farm. The Chaupes allege that they have been physically attacked and threatened, and that Newmont’s agents have destroyed their property and possessions, and killed or attacked their pets and livestock. They allege that Newmont has the power to cease these abuses but has declined to do so because the Chaupes stand in the way of Newmont’s plans to construct the Conga mine.

The surrounding communities have organized and held nonviolent protests against Conga for several years. The protests have been met with violent repression by the Peruvian National Police (PNP), under contract to Newmont’s local affiliate. Two particularly violent episodes occurred in November 2011 and July 2012, when the PNP seriously injured several protestors – including another ERI client, Elmer Campos – and killed five including a 16-year-old boy. Although the Conga project has been temporarily suspended due in part to the opposition of local communities, the Chaupes remain an immovable obstacle: their family farm lies in the path of the mine’s proposed operations.

The Chaupe family are subsistence farmers who reside in the rural highlands of Cajamarca, Peru. Máxima Acuña-Atalaya de Chaupe is the family matriarch and a Goldman Environmental Prize winner.
Newmont Mining Corporation
Headquartered in Colorado and incorporated in Delaware, Newmont Mining Corporation is one of the world’s largest gold producers. In 2011, Newmont’s Board of Directors approved Conga, a controversial US$4.8 billion mining project, which engendered strong local opposition – including from the Cajamarca Regional Government – due to concerns about the mine’s impacts on local water supplies.
Three additional corporate subsidiaries are also defendants in the case: Newmont Second Capital Corporation, Newmont USA Limited, and Newmont Peru Limited. All of the Defendant Newmont corporations are incorporated in Delaware.
Minera Yanacocha S.R.L. (MY) is a joint venture between the majority owner, Newmont, the Peruvian corporation, Compania Minera Condesa S.A, and the International Finance Corporation, the private-investment arm of the World Bank Group. Minera Yanacocha is engaged in copper and gold production in Peru; it owns the Yanacocha mine and has attempted to develop the Conga Project.

Securitas AB (Securitas) is a Swedish private security company with operations in Peru that has provided security personnel for Minera Yanacocha since 1993. Securitas personnel have been present during many recent attacks against the Plaintiffs at Tragadero Grande.

The Peruvian National Police (PNP) has provided security services for Minera Yanacocha since at least 2011, through Memoranda of Understanding (MOUs). The MOUs permit Minera Yanacocha to receive security from three units of the PNP. PNP officers were present at and/or participated in many attacks against the Plaintiffs at Tragadero Grande. Minera Yanacocha renewed their contract with the Peruvian National Police in 2017.
In addition to EarthRights International, the Chaupes are represented by Delaware lawyer Misty Seemans, in a pro bono capacity.
The main legal issue that has arisen in this case is that Newmont claims that it has the right, under Peruvian law, to invade Tragadero Grande and destroy the Chaupes’ property in order to preserve its claim to the land. The Plaintiffs argue that Newmont has no right, and no need, to do this, especially while the ownership of the land is being settled in Peruvian court proceedings. In any event, Newmont should not have the right to harass the Chaupes and assault them.

Newmont has also argued that, even though the Chaupes chose to sue the company in its home – the place where it chose to incorporate – the case should be dismissed because it should be litigated in Peru instead.

Minera Yanacocha begins operating the Yanacocha mine, the largest open-pit gold mine in South America. The mine is located in the highlands of Cajamarca, Peru.

Máxima Acuña Atalaya and her husband Jaime Chaupe Lozano purchase the possessory rights to a plot of land in Sorochuco, Cajamarca, Peru known as Tragadero Grande.

The Peruvian company Minas Conga negotiates with communities in Sorochuco to purchase land for the Conga Mine Project. The Chaupes never agreed to sell their land.

Máxima and Jaime encounter Defendants for the first time in Tragadero Grande.

In July, Newmont Mining Corporation’s board approves funding for the Conga Mining Project, whose boundaries of operations would include Tragadero Grande.

In August, Defendants orchestrate and implement an intimidation campaign against the Chaupes to pressure them into abandoning their home and farm on Tragadero Grande. At the same time, multiple Peruvian court proceedings are in process to determine who has the rights to the land.

In September, Máxima Acuña Atalaya de Chaupe and her family file a lawsuit against Newmont Mining and three of its corporate affiliates in Delaware. The lawsuit seeks to stop a pattern of harassment and physical and psychological abuse that the Chaupe family has suffered at the hands of security personnel working on behalf of Newmont and its corporate affiliates.

In April, the federal trial court dismissed the case, holding that it should be heard in Peru.

In August, the Chaupes filed an appeal brief in response to the court’s decision to relocate the case proceedings to Peru.

In September, Newmont’s lawyers filed a brief in support of the district court’s decision to relocate case proceedings to Peru.

In April, the U.S. Court of Appeals for the Third Circuit reversed and remanded the trial court’s dismissal in light of an ongoing judicial corruption crisis in Peru. The Court ordered that the trial court consider Defendants’ motion to dismiss to Peru in light of the changed circumstances.

In the summer and fall, the parties filed extensive briefs arguing about whether the Peruvian courts could provide a fair forum despite extensive corruption.

In March, the district court again dismissed, finding Peru is an adequate forum.

In June, Plaintiffs filed their opening brief on appeal. 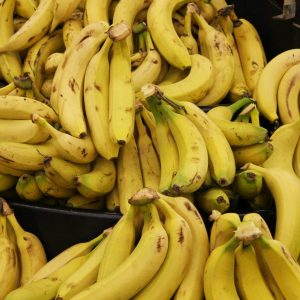