It’s been 19 months since Khaing Myo Htun was first detained in Sittwe Prison in Myanmar. Now he walks free, having served his full sentence.

On February 22, this earth rights defender and EarthRights School alumnus was released from prison after 19 months following a conviction related to a statement alleging that the Myanmar military committed human rights abuses in Rakhine State. Khaing Myo Htun has dedicated his life to fighting for human rights, justice, and accountability in Myanmar and ERI worked with a group of local lawyers in Sittwe to defend him in court against these unlawful charges.

“We must fight for inborn and inherent rights to be free from the yoke of those that abuse their power, for the sake of all human beings around the world until the day when we pass away and so long as we are alive in this world,” wrote Khaing Myo Htun in a letter to his supporters. 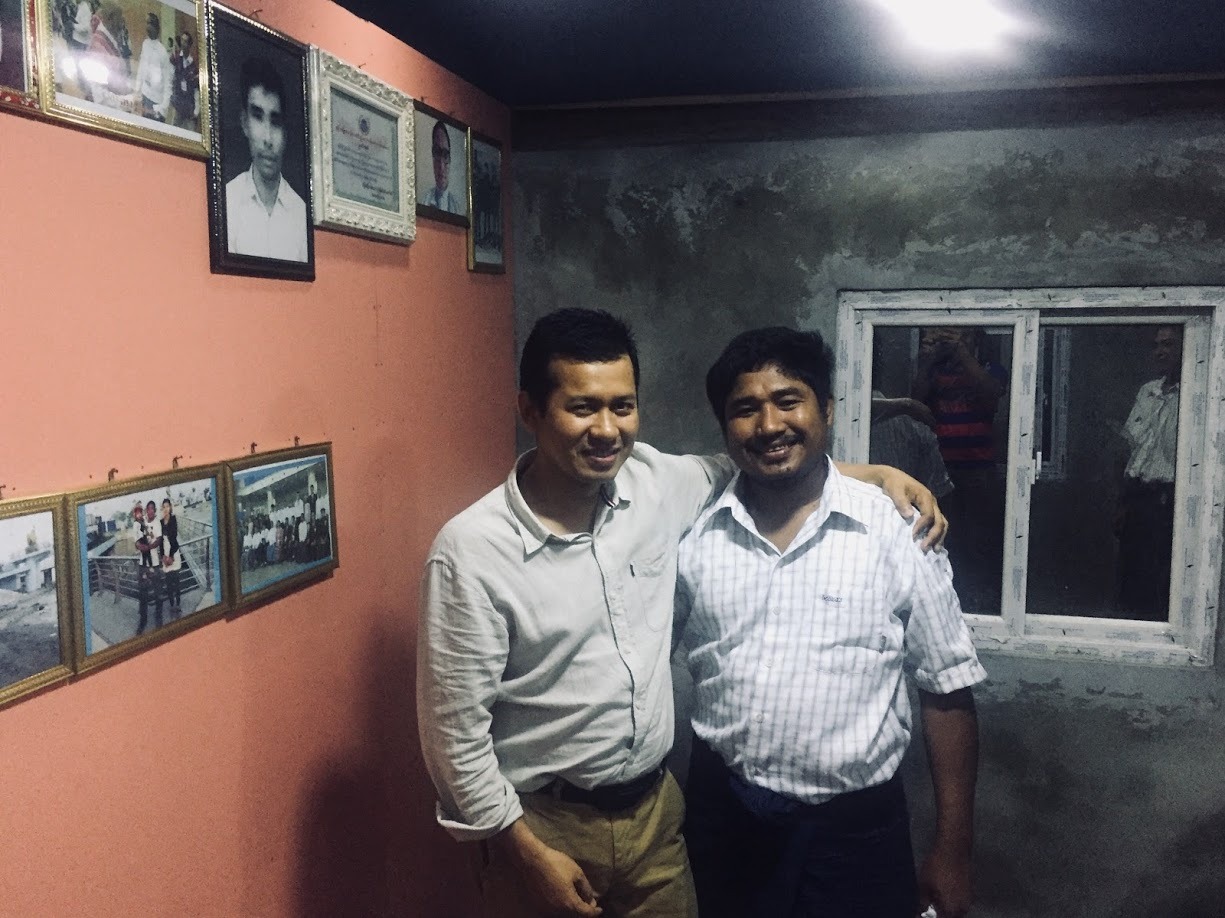 “For a year-and-a-half, we called for the truth to be heard in Sittwe’s courts,” said ERI Co-Founder and Executive Director Ka Hsaw Wa. “Now, we join Khaing Myo Htun and his family in celebrating his release. But he walks free only because he served out his prison sentence for an unlawful conviction.”

On October 12, 2017, he was found guilty of defamation and incitement after a statement by the Arakan Liberation Party (ALP) implicated the Myanmar military, or Tatmadaw, in crimes against humanity including torture, forced labor and forced evictions in Rakhine state. Khaing Myo Htun was working with the ALP at the time of the statement, and was arrested and arbitrarily detained on July 25, 2016, despite there being credible evidence of the crimes set out in the statement by the ALP (a signatory to the Nationwide Ceasefire Agreement), which also bore the official stamp of the party.

“The arbitrary detention and conviction of Khaing Myo Htun violate his rights to a fair trial and freedom of expression,” said ERI Co-Founder and Executive Director Ka Hsaw Wa. “This represents a threat to all earth rights defenders in Myanmar who speak up when they see injustice. This should not happen under the democratic NLD government.”

“I thank all those who are fighting for rights, truth, rule of law, peace, equality and justice, regardless of race, color or religion – big or small, rich or poor,” wrote Khaing Myo Htun in a letter to human rights defenders around the world. Read Khaing Myo Htun’s full letter here.

Khaing Myo Htun’s story is one of perseverance in the struggle to hold perpetrators accountable for human rights abuses. After 19 months in prison, his dedication remains strong, with plans to work with Arakan Natural Resources and Environmental Network and Natural Resource for the People (NRFP). After attending the Earth Rights School, Khaing Myo Htun campaigned with Arakan Oil Watch and co-founded NRFP, working with farmers, women, and ethnic leaders to empower them to advocate for their rights. In 2015, ERI profiled his work in a video for our Faces of Change series. 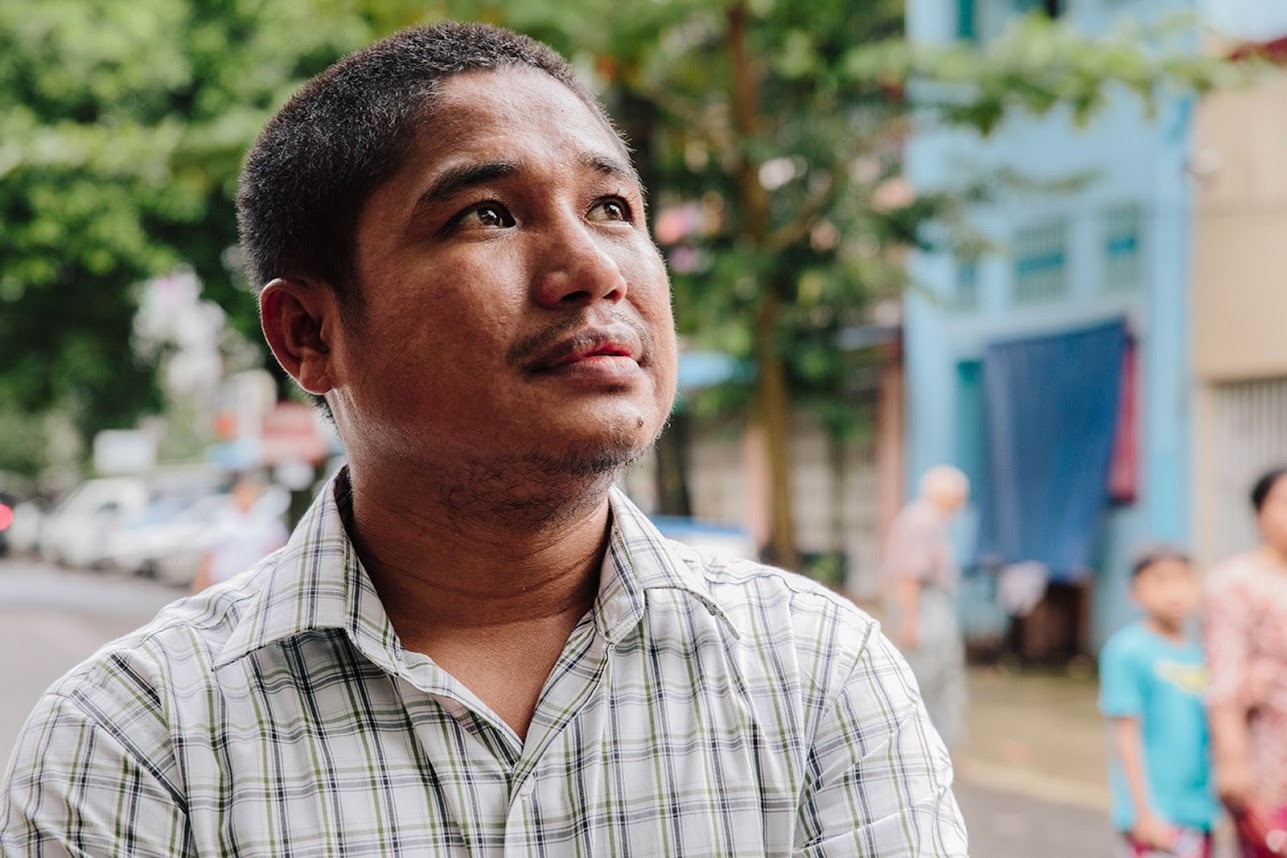 “One day when we know the truth and rights, we will no more have fear.” – Khaing Myo Htun.

The arrest and detention of Khaing Myo Htun were arbitrary and illegal under international law. Khaing Myo Htun was detained for eight months before being charged on April 5, 2017. He was denied bail twice, once in August 2016 and again in February 2017. The statement by the ALP alleged grave human rights abuses, but the Tatmadaw, rather than beginning an investigation, sought to suppress this criticism. Defense witnesses also gave evidence to support the ALP’s allegations.

“Villagers from Rakhine state came and gave evidence in the court that they were forced to porter for the Tatmadaw, but this evidence was not acknowledged in the judgment,” said ERI Legal Coordinator Ben Hardman. 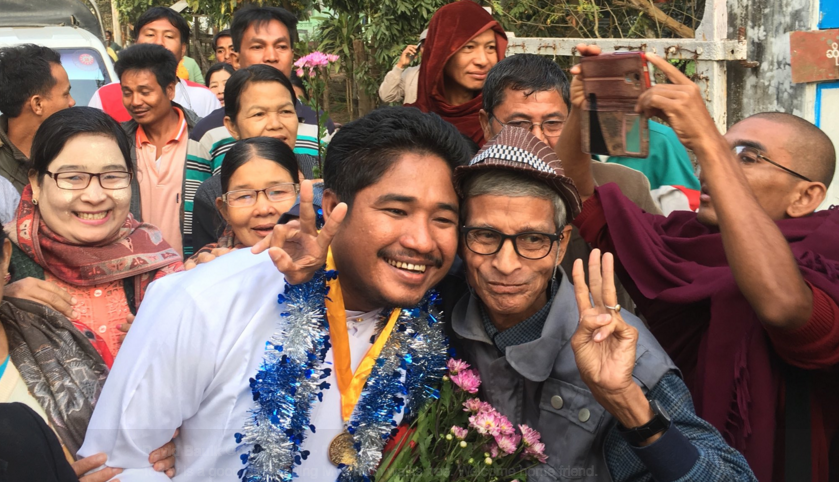