This mid-term report marks the fourth edition of the Corporate Accountability Coalition Report Card. Overall Congress made little progress on corporate accountability in 2015, with voting patterns showing large support for corporate power. There were, however, a few promising developments and actions on bills that leave room for some optimism for the remainder of the 114th Congress.

On the positive side, the Truth in Settlements Act and the Global Magnitsky Human Rights Accountability Act passed the Senate. (These measures passed by unanimous consent, without a recorded vote, so we have not included them in our scored votes.) The Truth in Settlement Act will provide increased transparency into settlement agreements between the federal government and corporations and allow for greater scrutiny into the relationship between corporations and public officials. The Global Magnitsky Human Rights Accountability Act allows the Executive to prevent human rights abusers from entering or conducting business in the United States. This targeted approach to sanctions increases the means to hold perpetrators accountable for human rights violations. It is significant that both bills passed the Senate, but neither has yet been passed by the House.
Another bright spot was the increased support for measures that will effectively overturn the Citizens United decision and rein in corporate participation in electoral politics. Collective co-sponsorship of a group of four anti–Citizens United bills in the House jumped from 112 in 2014 to 193 in 2015. Support for disclosure of corporate political spending also increased modestly, as the collective co-sponsorship of two relevant bills rose from 96 in 2014 to 112 in 2015.
Congressional inaction, however, remains a primary theme, and roll-call votes most relevant to corporate accountability only took place in response to significant actions by the President. Debate over the Trans-Pacific Partnership (TPP), which the Obama Administration had been negotiating in secret for seven years, culminated in a vote over trade promotion (“fast track”) authority for the President.
The TPP sets the stage for a tremendous increase in corporate power and decrease in accountability. The treaty would vastly expand the number of companies entitled to use investor state dispute settlement (ISDS), a system that allows corporations to sue governments in private international tribunals if they believe their business has been harmed. Under this system, companies have challenged regulations and decisions intended to protect the environment and public health, and decisions of national courts. ISDS cases have been increasing steadily, and the TPP, which covers 12 countries and 40% of the global economy, would mark the biggest expansion of this system to date.
The TPP has yet to be approved by Congress. Unsurprisingly, large corporations support the TPP. According to The Guardian and data from the Federal Election Commission, during the TPP debates in the Senate, corporate members of the U.S. Business Coalition for TPP provided a total of $1,148,971 to U.S. Senate campaigns between January and March 2015. This figure is a small snapshot of the money spent over the past seven years and is a strong indication that corporations will continue to lobby in its support.
Presidential action also spurred the other major corporate power debate in Congress, over the Keystone XL pipeline. The proposed pipeline would transport the dirtiest type of oil, from Canada’s oil sands, in pipes that are notorious for leaking. President Obama decided that the pipeline was not in the national interest, prioritizing the protection of people and the environment over corporate interests. Congress passed a bill to force the pipeline through anyway, short-circuiting federal environmental law, which the President vetoed. Keystone proponents failed to muster the necessary two-thirds of the Senate necessary to override the veto. While the measure ultimately failed, a majority of Senators supported bypassing the normal process to force the pipeline project through – an alarming level of support for corporations and profits over people.
This mid-term report only takes us halfway through the 114th Congress, so there is still time for improvement. The bills discussed in the Report deserve support from all members of Congress, and we continue to urge members to put people before corporations.
As a final note, we made significant changes to the methodology of scoring this year, dividing up actions into “leadership” and “action” categories. Please see the methodology section for a complete discussion of the changes.
Below are the bills we tracked for 2015:
House

We scored the following votes:

We scored the following votes:

In addition to the bills we tracked for 2015, we will also be monitoring the following bills for 2016:

We are monitoring, for a vote, the following bills which are now in the House after being passed in the Senate:

We scored the following vote:

We are monitoring House Amendment 1253 to H.R. 5485: Financial Services and General Government Appropriations Act, which passed in the House on July 7th and is now in the Senate for consideration. 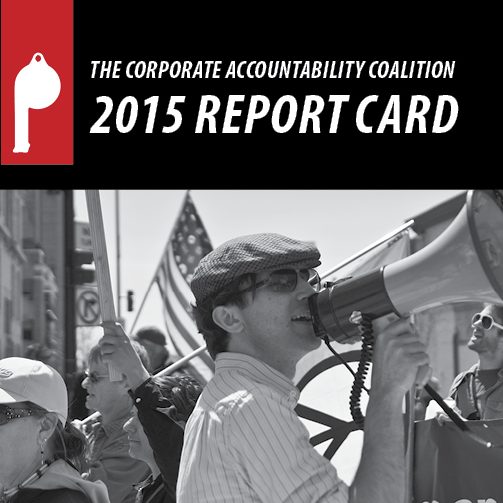 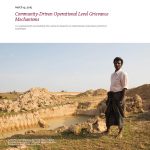 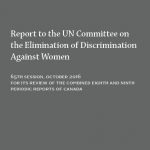