admin
Tiger, teak, spirit, curse and effigy: these five words are key in understanding a village, and a community that has spent 30 years fighting a campaign against a dam.

More than 30 years ago, a man entered In Sa-iab village asking for rice. In exchange, he was offered fish. “What happened with you? How is it possible that you don’t have rice?” a villager asked. “The government flooded my lands and now I don’t have where to grow my rice,” the man went on to explained how the compensations promised by the government never arrived. He also warned them, “don’t believe them, the dam will not bring anything good to the village.”

In 1991 a dam was proposed on the Yom River in Kaeng Sua Ten Area (Mae Yom National Park). Kaeng Sua Ten dam was planned to prevent floods in the region and to produce hydropower energy. The proposed project was rejected by the local villagers. “They [the government] started their viability assessments without even interviewing us,” explained a former community leader. “We asked several times for more information but they never gave it to us.”

After visiting other affected villages in Thailand the former community leader started a campaign. They used many strategies to disseminate information about the negative impacts of the construction of a dam, including their worries about the destruction of their precious teak forests and the biodiversity of their rivers.  Today, the old generations campaigning against the dam are busy teaching the new generations. Despite the fact that government has lost World Bank investors to the project,  the project continues. The former project will be split into two dams: Yom Bon Sam (Upper Yom dam) and Yom Lang dam (Lower Yom dam). Two slightly smaller dams that are promoted as less detrimental to the environment.

Every year, students from the EarthRights School Mekong visit the community to learn about their tireless fight. 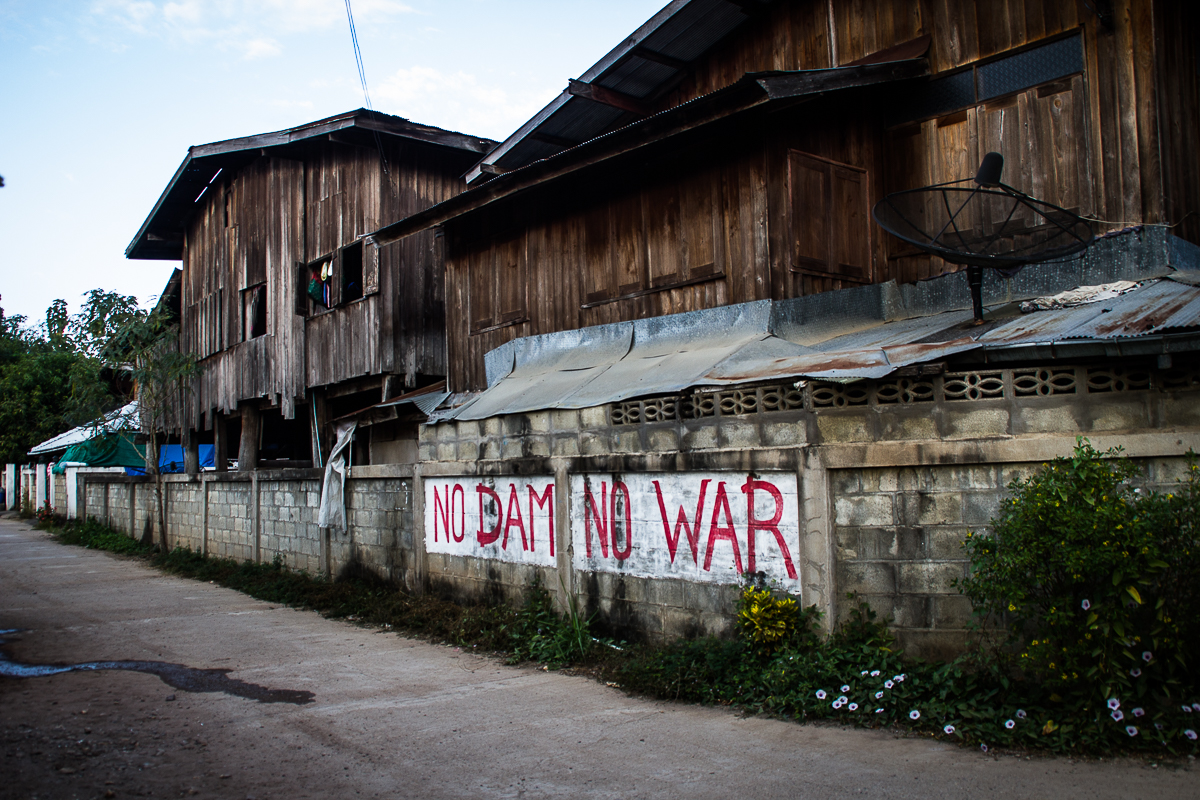 Graffiti in Sa-iab Village. Every house has signs that say things like “We will fight and die here.” Kaeng Sua Ten is well known for protesting by making effigies of politicians who support the construction of the dam. It is believed that through a spirit medium they can curse the politicians until they fall ill and die. 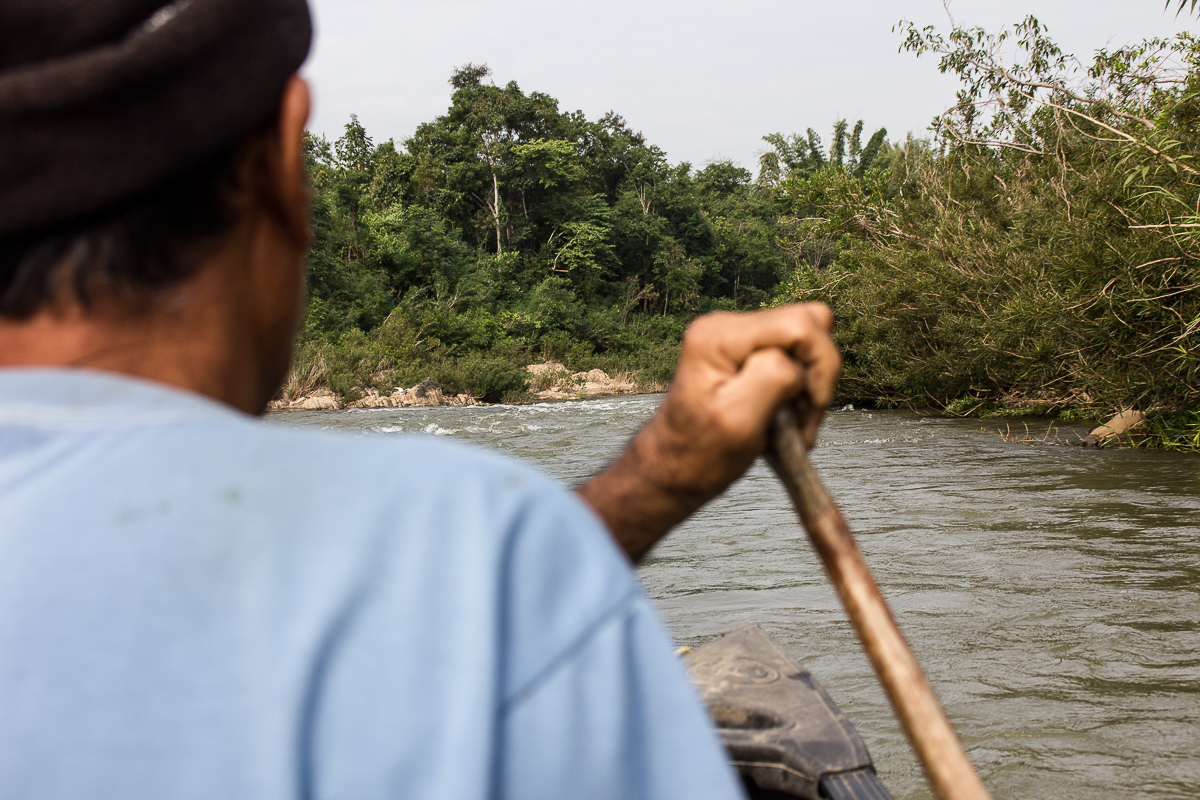 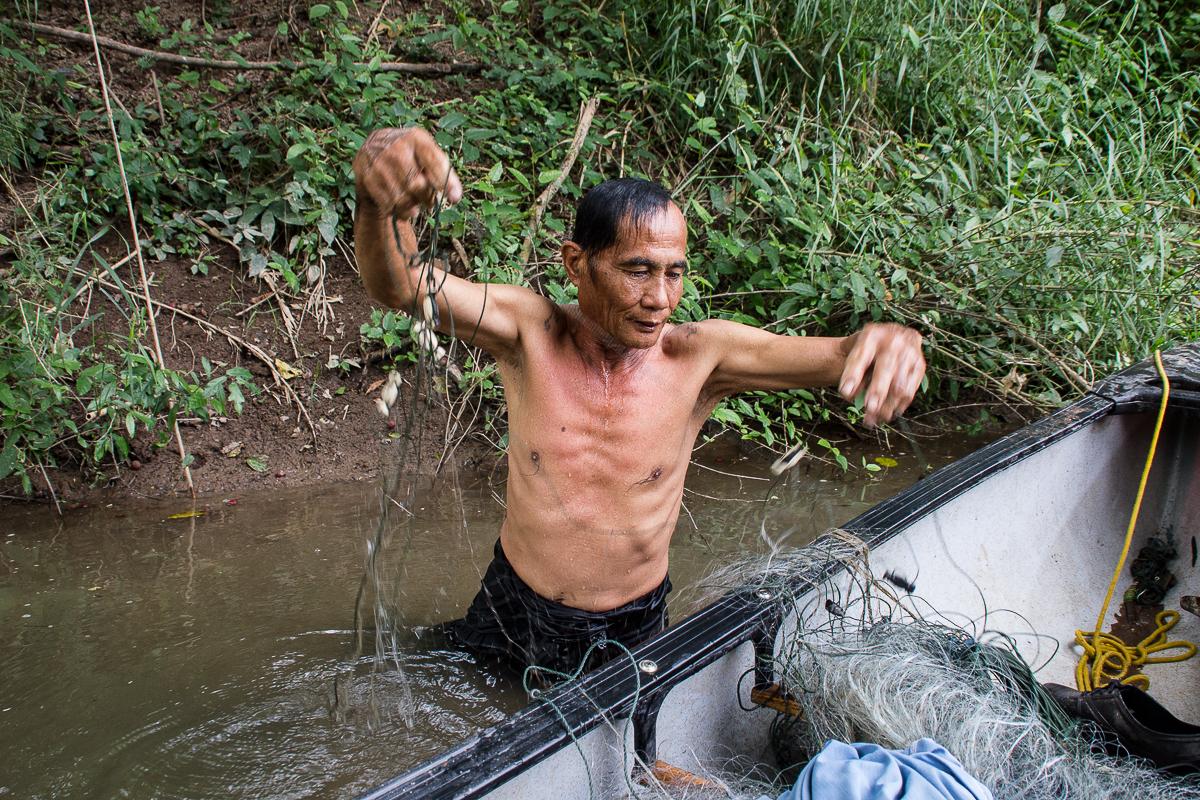 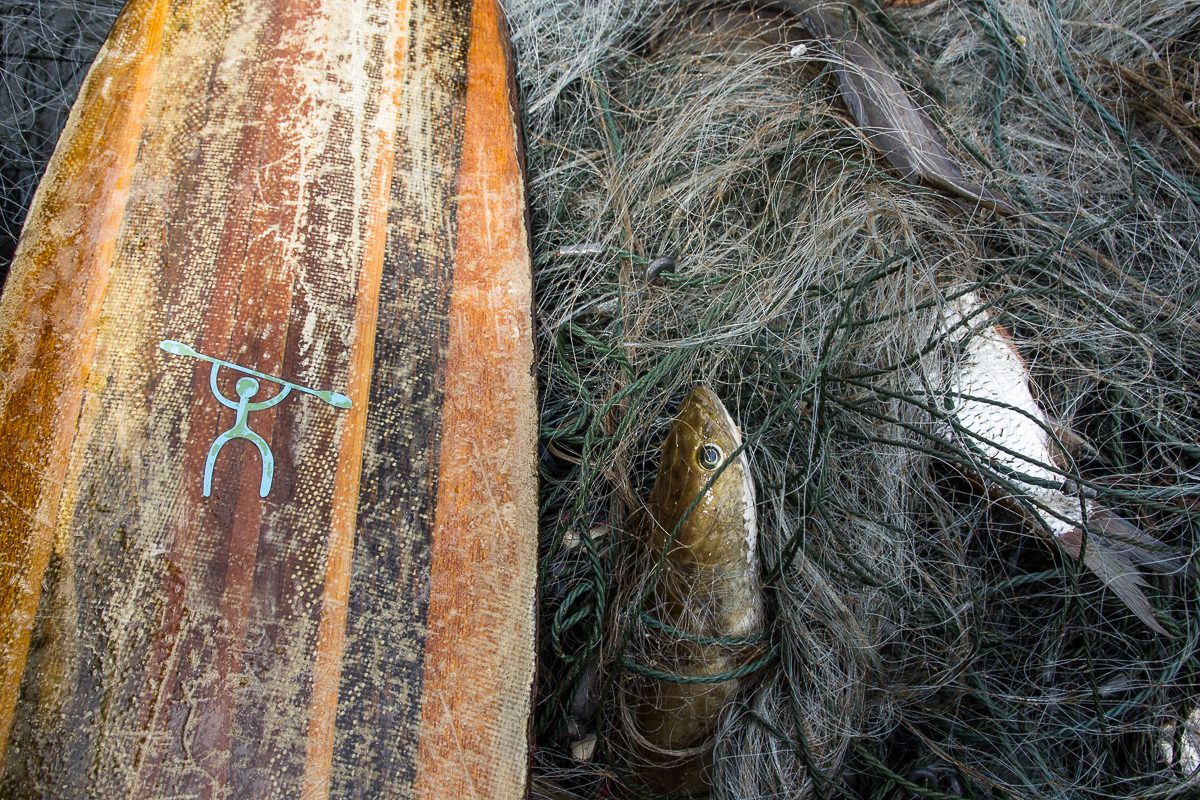 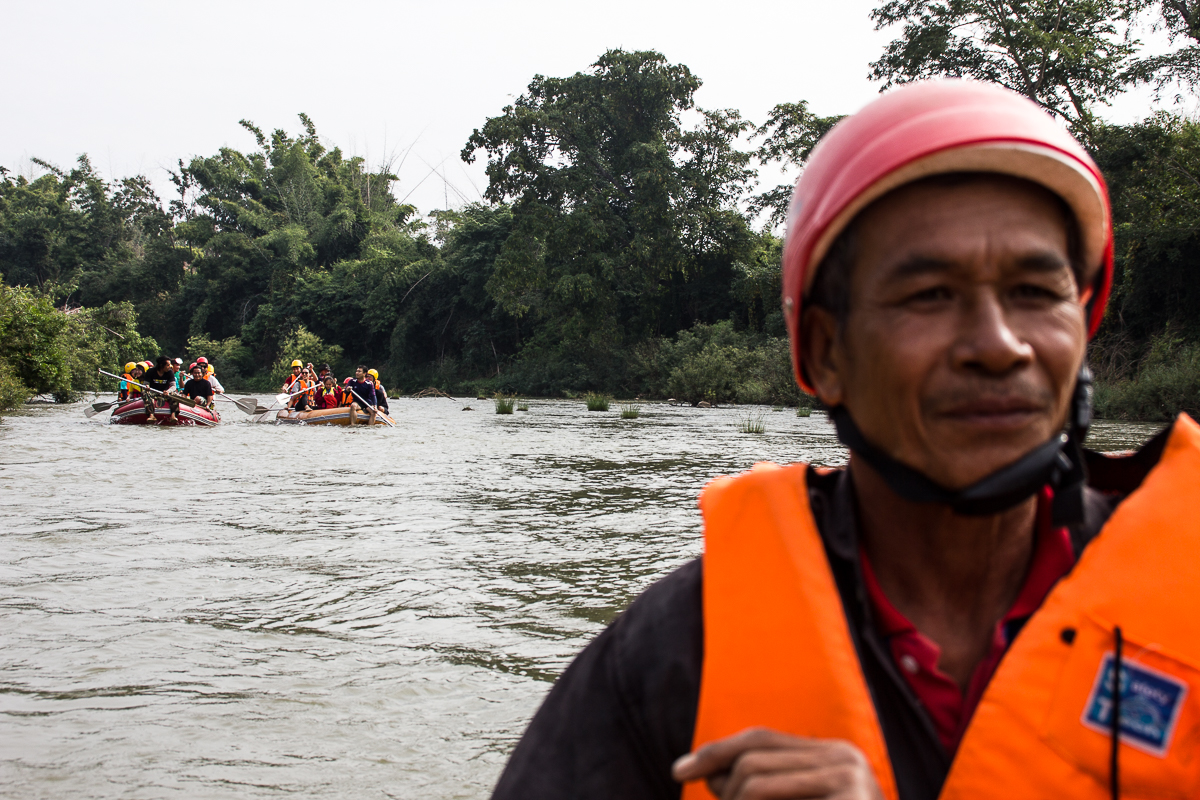 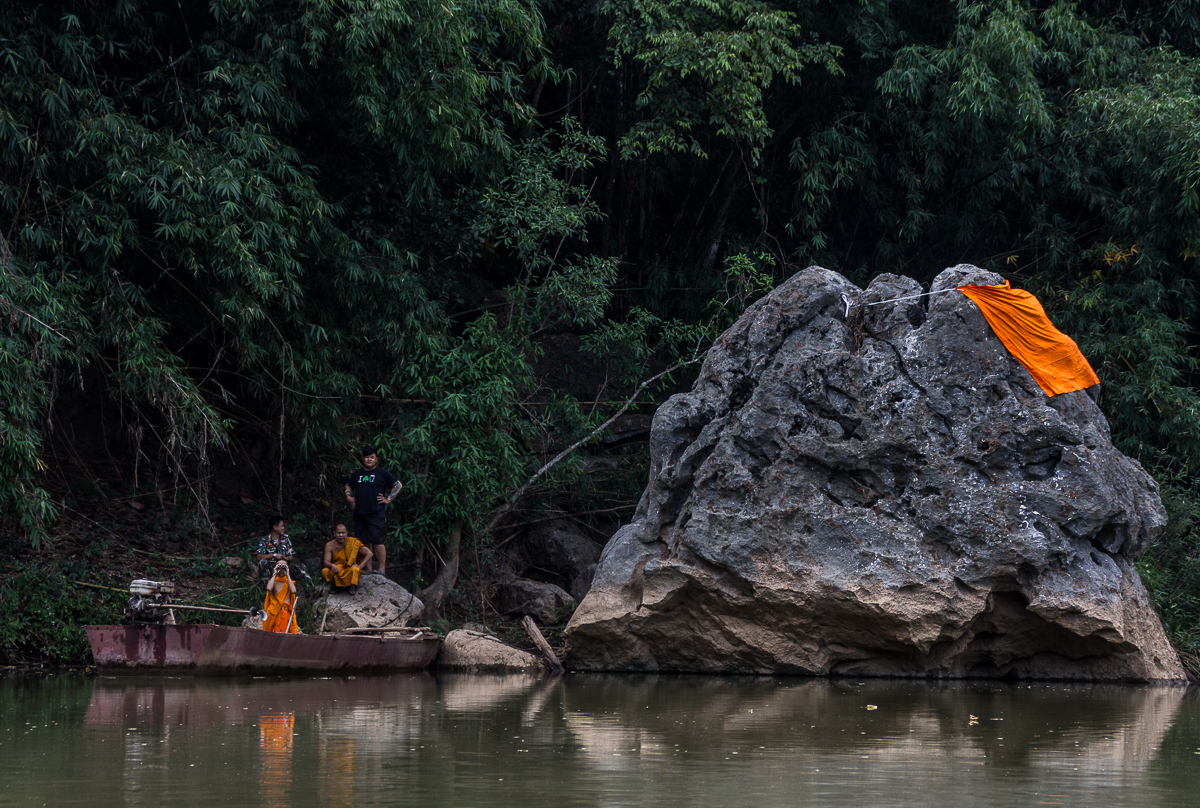 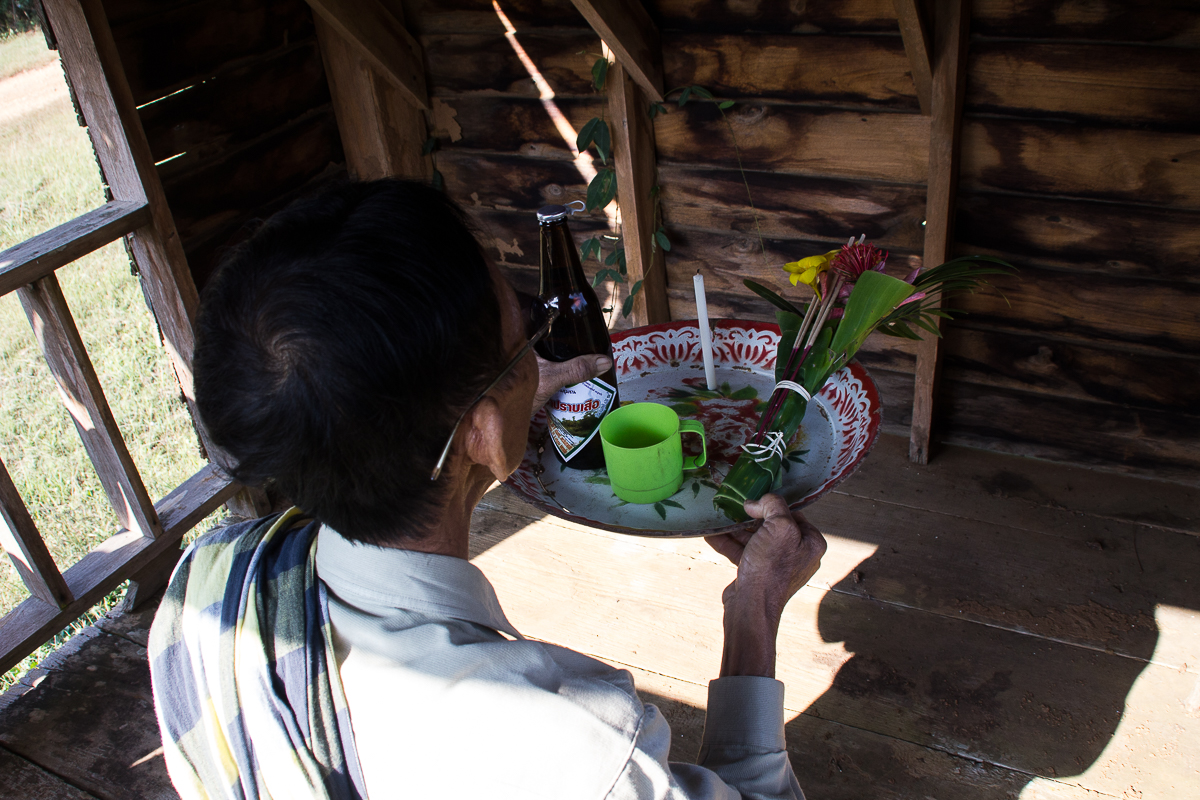 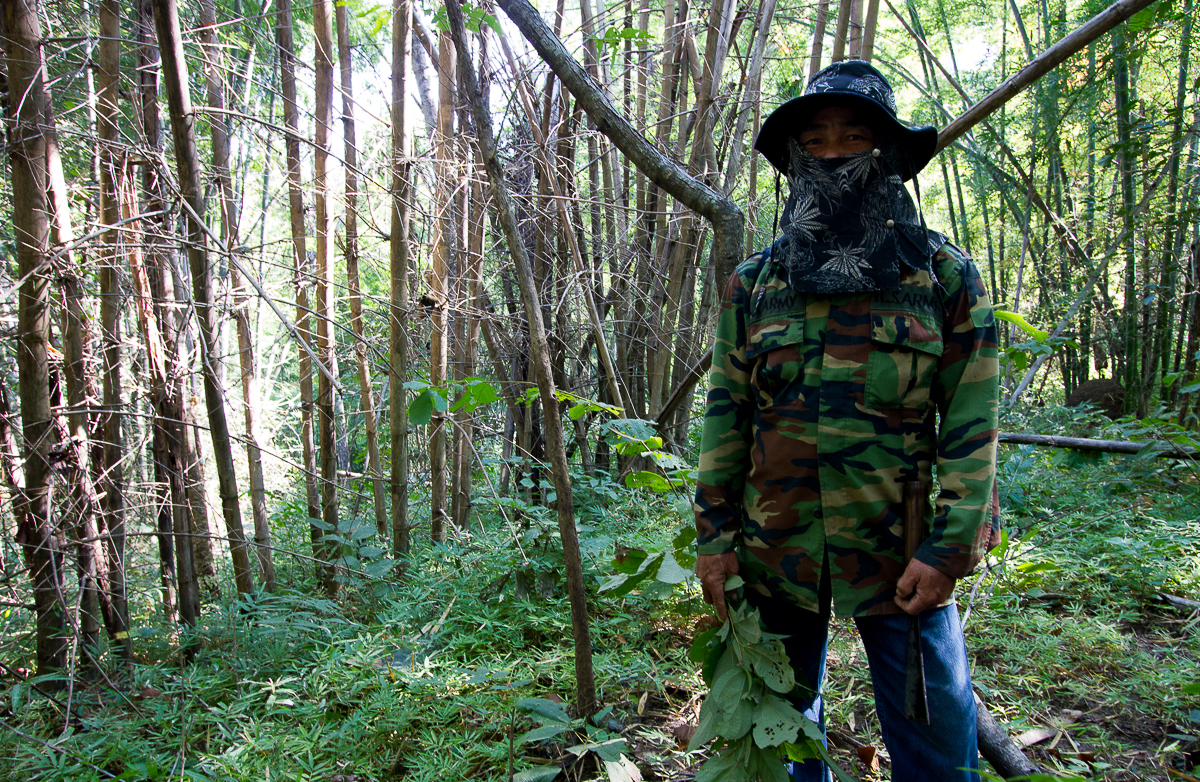 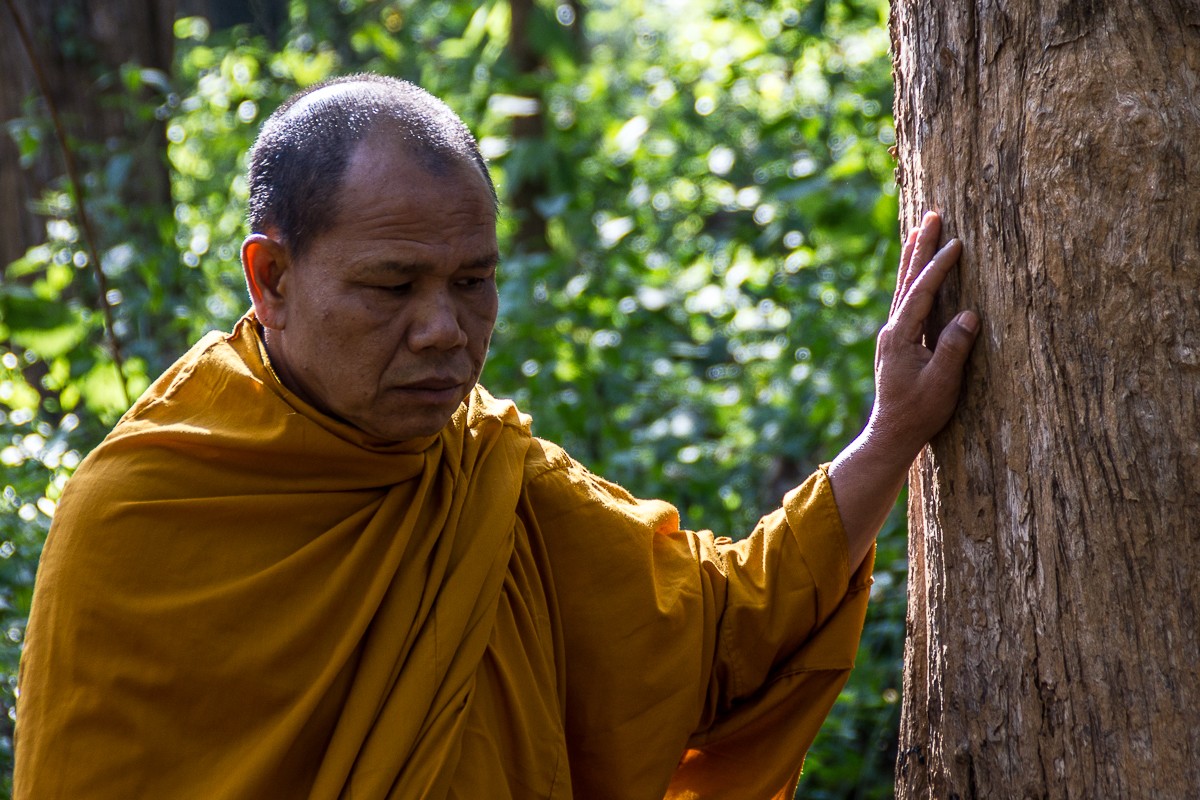 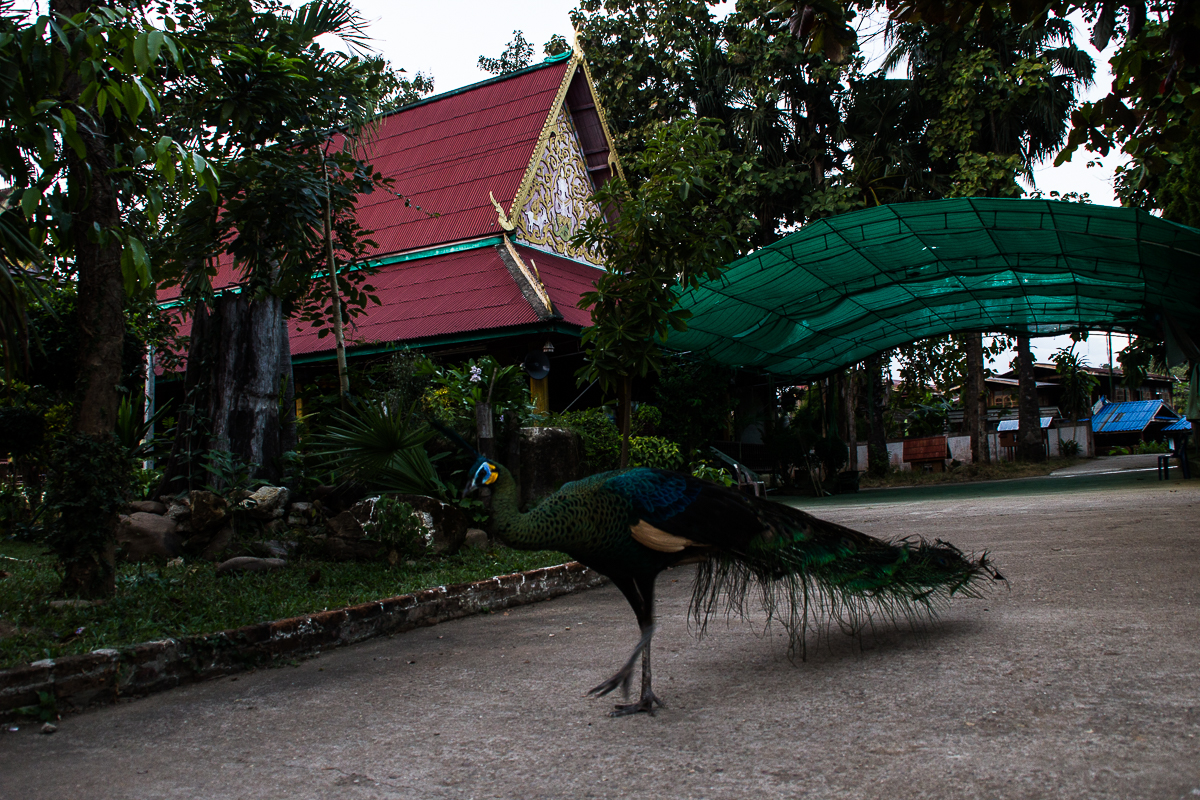 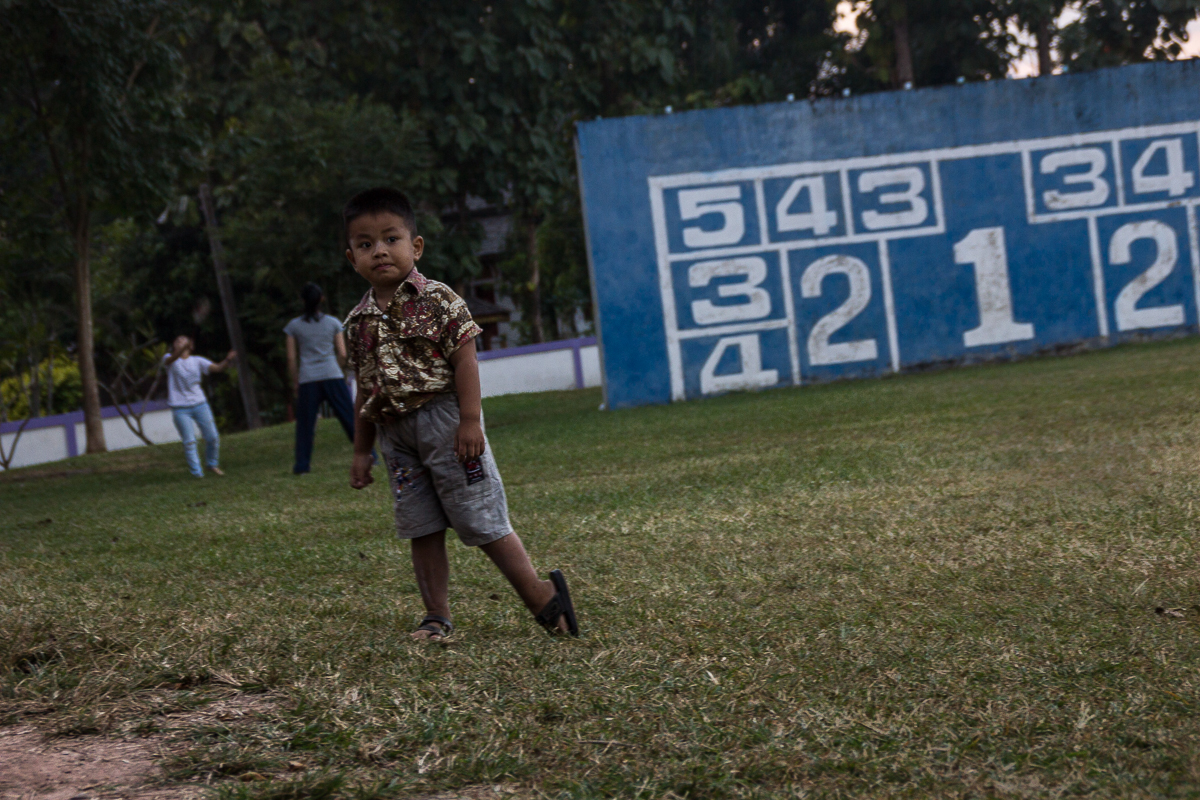 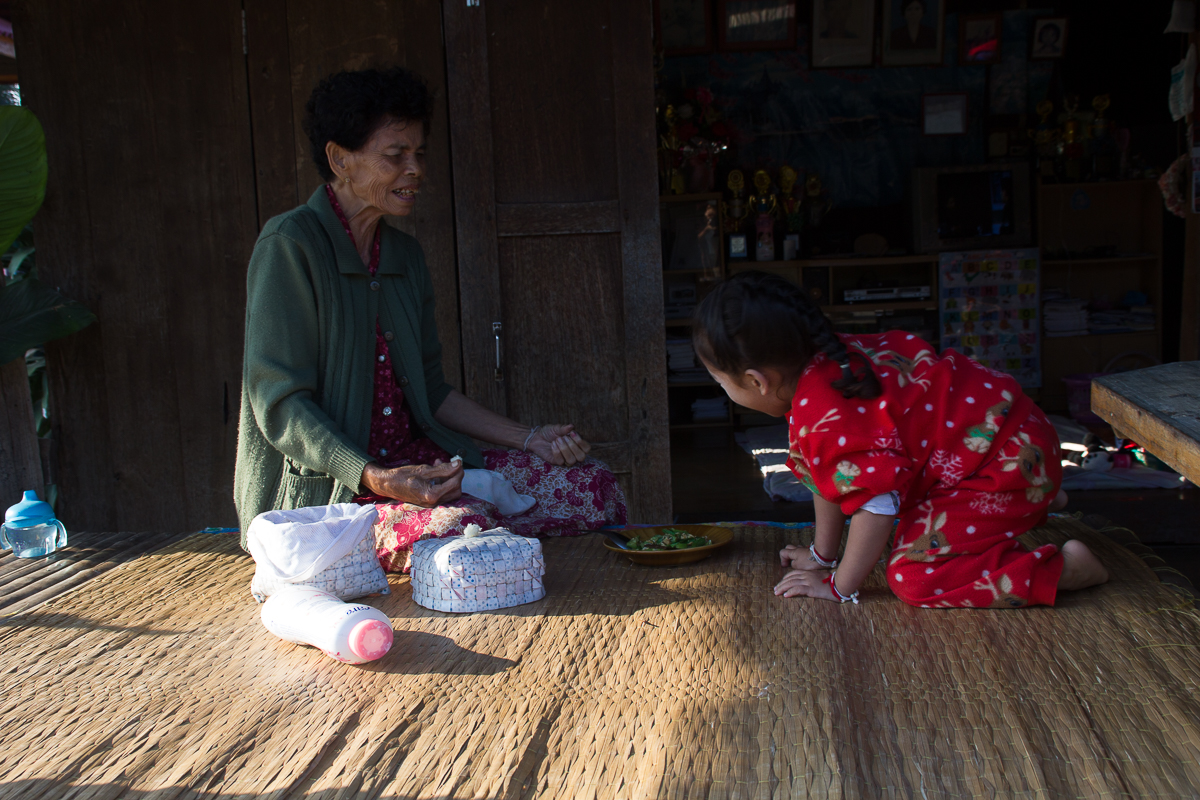 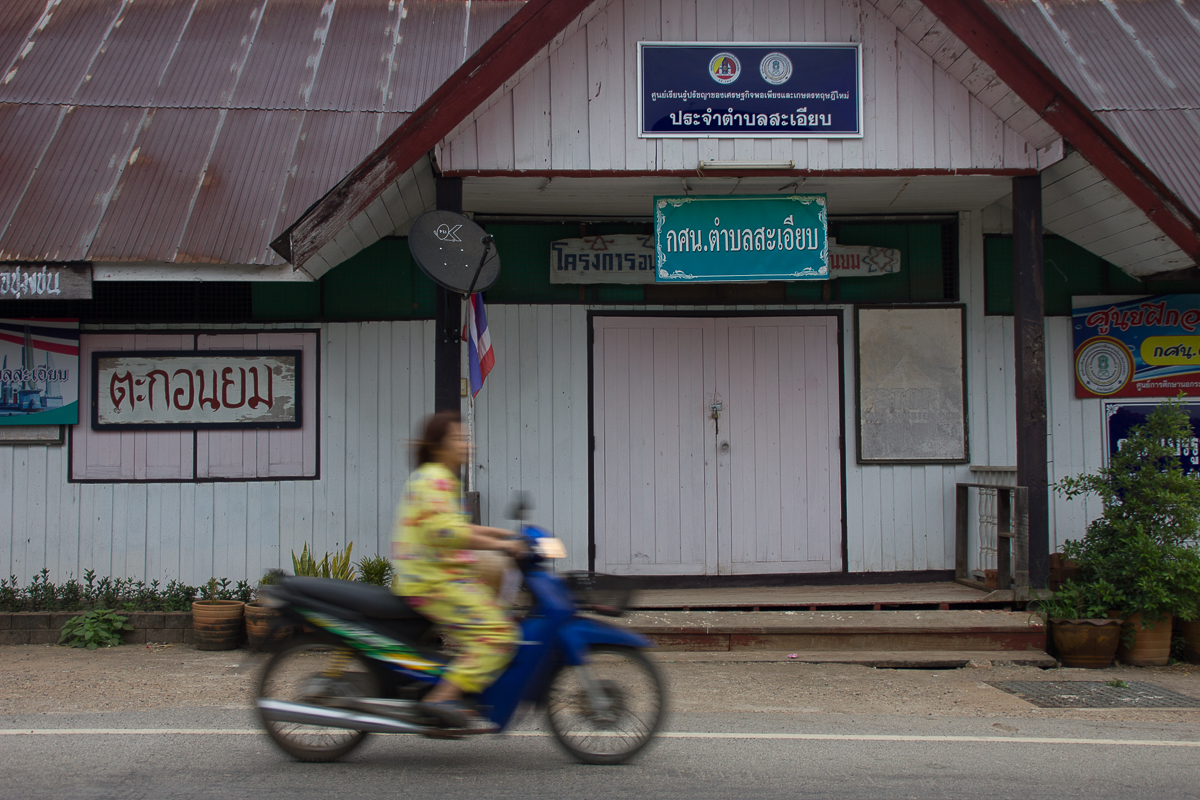 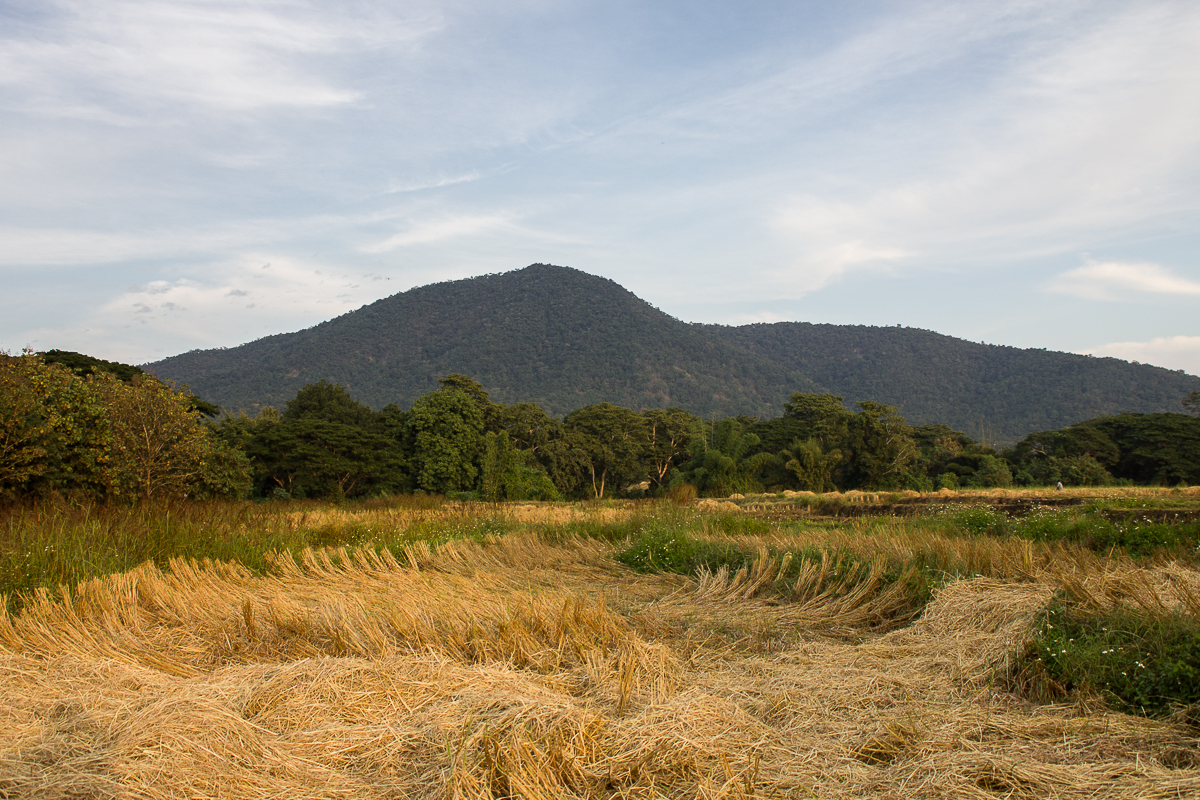