Home > Blog > Unalienable Rights? Not In the Trump Era

Unalienable Rights? Not In the Trump Era

Secretary of State Mike Pompeo recently announced the formation of a new initiative–the Commission on Unalienable Rights. If you’re concerned about how an administration defined by xenophobia, racism, homophobia, sexism, and corporate cronyism might approach an issue as vital and sensitive as human rights, you’re not alone. Backlash against the announcement was predictably swift, particularly as reports of children detained in cages at border facilities continue to emerge, toxic algal blooms fester off Florida shores, and Alaska contends with unprecedented wildfires–a known consequence of climate change, another crisis Trump continues to deny.

More than two years into its tenure, the Trump administration has repeatedly sided with powerful corporations and banks more interested in profits than human rights and environmental protections. This is particularly apparent in his energy policies. The laundry list of offences is too long to list, but since taking office, Trump has appointed an oil company CEO as Secretary of State, pulled the United States from the Paris Climate Agreement, greenlighted construction on the destructive Keystone XL and Dakota Access pipelines (even after vehement opposition from indigenous communities, including EarthRights’ plaintiff Krystal Two Bulls), handed public lands over to extractive industries, ramped up deforestation, gutted the EPA, and more. As part of his agenda of profits over people, Trump has displayed a complete lack of regard for the environment and related human rights, including the rights to clean water, air, and land and the rights of indigenous peoples whose lives and livelihoods are closely linked to these rights.

But the fact is, environmental protection and the defense of human rights are inextricably connected. If Trump’s environmental record has taught us anything, it’s that his administration cares far more about corporations than people. That’s what makes this commission on “inalienable rights” a particularly chilling and disturbing proposition, particularly if it serves to undermine the rights of people versus corporations and undercuts rights related to the environment.

When corporations, governments, and banks get a blank check to violate human rights and the environment, we all pay the price. People lose their lives, communities lose control over their natural resources, and the undeniable effects of climate change continue to escalate.

Instead of convening questionable commissions such as this, Trump, with support from the U.S. Congress, should take action to end abusive corporate policies and practices that threaten human dignity and natural resources. A great first step would be to recognize and uphold the rights of people to protest and end his administration’s pursuit of SLAPP lawsuits designed to silence dissent over abusive corporate practices. Our government can also honor human rights by strengthening legal frameworks for holding companies like U.S.-based Chiquita accountable for their human rights violations.

So far, Trump has shown very little interest in the rights of actual people, and his newest commission in unlikely to change things. If anything, this commission is probably just more business as usual. 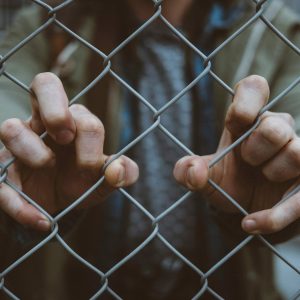 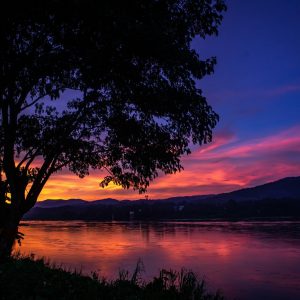 Caring About the Environment Should Not Get You Killed