NEW YORK, NY — A new task force of organizations across different sectors, including the ACLU, Greenpeace, Freedom of the Press Foundation, the Electronic Frontier Foundation, EarthRights International, Rainforest Action Network, and the International Corporate Accountability Roundtable, launches today taking aim against corporations and people in positions of power that use ‘strategic lawsuits against public participation’ (SLAPPs) to limit free speech and silence critics. For the first time, the “Protect the Protest” campaign combines the legal and mobilization power of a broad range of organizations to fight back against this courtroom tactic. The goal is to expose courtroom bullying, defeat and stop SLAPP suits, and defend the pillars of democracy by protecting everyone’s right to protest and free speech.

The Protect the Protest campaign is launching with a week of action to put on notice any corporations that are considering using shameless courtroom tactics to silence advocates or journalists.

BACKGROUND INFORMATION ABOUT THE CAMPAIGN AND PROBLEM

For decades, some abusive corporations and individuals (including President Trump) have filed shameless lawsuits they know they can’t win but which they hope will intimidate advocates and journalists into silence. This risk is rising worldwide alongside activists being jailed, anti-protest laws being passed, and free press being attacked.

Although these baseless corporate lawsuits are a threat to individuals and all organizations, the greater risk is to our principles of democracy. A 2017 Info Note issued by the UN Special Rapporteur on Assembly and Association Rights outlined the many ways that SLAPP lawsuits violate the right of free expression.

Protect the Protest will ensure that advocates and organizations will be more prepared and supported to keep doing important work without the fear of being wrongfully sued for speaking truth to power and holding corporations and individuals accountable.

May Boeve, Executive Director, 350.org: “We’ve seen the fossil fuel industry increasingly turning to SLAPP suits to try and stop opposition to major coal, oil and gas projects. The industry knows that once the public understands the impacts of a new tar sands pipeline or fracking well, they’ll oppose it, so corporate lawyers do their best to silence critics from the outset. We’re proud to be joining with our allies today to say that we won’t back down in the face of these attacks on free speech. There is no such thing as progress without protest. Our climate and communities depend upon people making their voices heard.”

Shayana Kadidal, Senior Managing Attorney, Center for Constitutional Rights: “The Center for Constitutional Rights is proud to represent people who have been targeted by SLAPP lawsuits for organizing around issues from pipelines to Palestinian rights. Though powerful interests have tried to weaponize baseless lawsuits to litigate away the voices of these activists, that hasn’t worked. The formation of this coalition is another demonstration that SLAPPs spark the opposite of what those who concoct them hope – more support for vital, collective activism.”

Katie Redford, Co-Founder and Director, EarthRights International: “Companies have always tried to use their money and power to scare their critics into silence. Nobody likes a bully, and these legal bullying tactics will not prevail. Now, more than ever, we are committed to defending the free speech rights of individuals and organizations and so many others that our democracy, and our planet, depend upon.”

Annie Leonard, Executive Director, Greenpeace USA: “Bogus lawsuits like the ones filed by Energy Transfer Partners and Resolute Forest Products against Greenpeace and others have brought different movements together to defend basic human rights like freedom of speech and freedom of association. Protect the Protest is the result of our shared determination to work together to provide legal, communications and strategic support to people and groups across the country who are sued for political dissent, criticizing egregious corporate practices or simply speaking up for the good of our communities and planet. Today we are turning the volume up.”

David Greene, Civil Liberties Director, Electronic Frontier Foundation: “The ability to speak freely and associate with one another is a hallmark of the Internet, giving people of all sizes and resource levels a voice in local, national, and international debates. As our Constitutionally protected right to free speech carries through both online and off, EFF has joined Protect the Protest to complement our years-long work in defending the First Amendment.”

James Wheaton, Founder and Senior Counsel, First Amendment Project: “The First Amendment Project has been at the forefront of defending against SLAPPs in the courts, in the legislature, and in the trenches.  Bullies who try to silence and intimidate their opponents by misusing the courts are an unfortunate feature of the legal landscape, but this Task Force has the experience, resources and determination to stop them cold.”

Marcos Orellana, Director, Environment and Human Rights Division, Human Rights Watch: “SLAPP lawsuits must be exposed for what they are: a direct assault on democracy and free speech. In the face of serious threats to our environment, it is critical for environmental activists and groups to be able to organize and freely express themselves without the threat of baseless lawsuits.”

Jana Morgan, Director of Advocacy and Campaigns, International Corporate Accountability Roundtable: “The use of strategic lawsuits against public participation (SLAPPs) is nothing less than an attempt by powerful corporations to capture the US courts in order to intimidate, harass, and silence activists. The Protect the Protest taskforce has formed to show that we will not be cowed by bullies, and that we are united in our opposition to these abusive tactics. An attack on one of us is an attack on all of us.”

Lindsey Allen, Executive Director, Rainforest Action Network: “People coming together to speak out for human rights, for civil rights, for the protection of the planet — this is how positive change happens and how we move forward as a society. At RAN, we know that corporate bad actors are frequently the prime movers behind some of the biggest threats to people and planet. So when corporations try to shut down activists through these SLAPP lawsuits — lawsuits designed solely to silence their critics and protect their profits — we need to stand together and fight back.”

Todd Paglia, Executive Director, Stand.earth: “The right to free speech is a core pillar of our democracy. A federal court’s looming decision whether to uphold that right — by dismissing the case brought against Stand.earth by Canadian logging giant Resolute — comes during a vital time in America’s history, when it has never been more important for citizens to advocate against companies sacrificing the public good for private gain.”

Protect the Protest is a campaign to erase the threat that SLAPP lawsuits pose to free speech and the ability of nonprofit organizations to advocate for a better world. Our organizations work on different issues, but we are all threatened by these shameless tactics. Together, we will protect our right to speak out, to criticize, to engage, and to protest.

Members of the task force include: 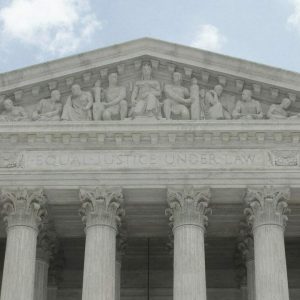 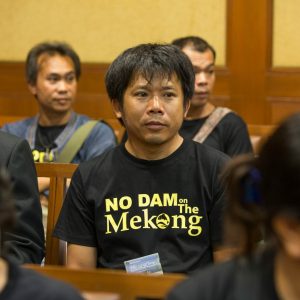