As the effects of climate change harm communities around the world, we must hold bad actors accountable for reckless behavior that contributes to the crisis. But what would this look like in practice? There are a number of proven tactics we can use to bring powerful, badly behaving actors back in line — tactics that have historically enjoyed bipartisan support.

In the United States, national and local leaders have started to call for the use of these hardball tactics. Recently, a group of high profile elders from America’s political class and Hollywood, led by former Secretary of State John Kerry, launched a bipartisan initiative called “World War Zero”. The group plans to use wartime-like mass mobilization to spark the drastic action needed to combat the climate crisis.

Secretary Kerry and the other organizers of World War Zero hope that Americans will begin to think about climate change as a national security issue that requires “all hands on deck.” Indeed, the U.S. Department of Defense has repeatedly recognized climate change as a national security issue, calling it a “threat multiplier” that can exacerbate other crises such as armed conflict, migration, disease epidemics, and scarcity of natural resources.

By thinking and talking about climate change as a national security issue, “World War Zero” could help to shift our collective mindset into the EMERGENCY! level of response needed.

Of course, effective climate action must begin at home. The United States is the world’s biggest climate offender, and we have a mighty task ahead of us to bring our country’s greenhouse gas emissions under control. Domestically, we can use lawsuits to hold corporations to account. People in the United States have long used the courts to recover damages from those who harm them.

As climate change harms communities around the country, EarthRights and others are helping to bring lawsuits against fossil fuel companies that have caused so much of the damage. Even as scientists and political leaders sound the alarm, companies like ExxonMobil continue to double down on the dirtiest types of fossil fuels, like those extracted from the Canadian tar sands. They should pay the costs for this reckless behavior.

Internationally, sanctions have proved to be one of the U.S. government’s most powerful tools to force economic actors to change their behavior. Our financial system reaches into all corners of the global economy. Cutting off access to this system is a powerful weapon.

In November, Senator Ed Markey (D-MA) introduced legislation that would allow the U.S. government to impose sanctions on companies and individuals that recklessly worsen the climate crisis. Senator Markey’s legislation sends a powerful message: Actions have consequences, and reckless destruction of the climate should be a sanctionable offense.

The U.S. government uses sanctions to force unsavory actors to change their behavior and to protect our national security. To date, most sanctions have targeted terrorist organizations, major human rights abusers, kleptocratic government officials, and the like. They have also been used in at least one environment related case. In 2018, the U.S. government sanctioned the Laos-based Zhao Wei mafia for a range of criminal activities, including wildlife trafficking.

Like all sanctions, this powerful tool would need to be used carefully in only the most egregious cases. And these sanctions would need to be implemented as part of a comprehensive package that includes major domestic reforms within our own country. (Senator Markey is also a lead sponsor of the Green New Deal.)

The climate crisis has pushed us into an “all hands on deck” situation. Now is the time to leverage all of the domestic and foreign policy tools available to us, because the world’s biggest climate polluters have given no indication that they care about the future of the planet. 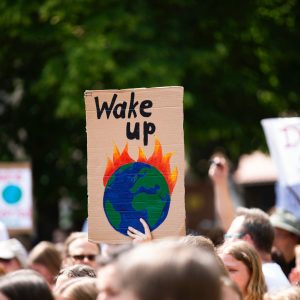 Civil Disobedience in a Time of Climate Crisis 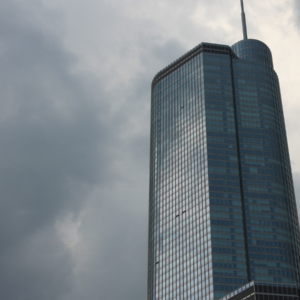