Protecting Environmental Defenders – What Is to Be Done?

Home / Blog / Protecting Environmental Defenders – What Is to Be Done?

Protecting Environmental Defenders – What Is to Be Done?

Our friends over at Global Witness have again documented the deeply troubling rise in killings of environmental defenders around the world: More than 200 in 2017 alone, according to their research. Regrettably, this trend will likely continue as corporations and governments exploit land, water, and other natural resources that local communities, particularly indigenous peoples, rely on for their livelihoods. The brave women and men leading the resistance in defense of community rights are increasingly in this line of fire. What, concretely, can be done to support them — beyond general calls to tackle the root causes of these problems and ensure accountability for the perpetrators? At ERI we have a few ideas, based on our more than 20 years of work supporting environmental defenders, who we call earth rights defenders.

First, we have to use the power of law to block irresponsible resource development before it happens, force accountability of governments and corporations that violate rights, and push back on the criminalization of opposition. Even in countries with weak governance and corrupt judiciaries, laws retain power, especially as they relate to the actions of transnational corporations that worry about their global reputations. ERI, together with local allies, has brought a lawsuit to block a potentially harmful hydropower project in Peru that is opposed by local communities. We have also intervened in legal cases brought against environmental defenders in Peru. In the U.S. we have supported Greenpeace and successfully defended global finance watchdog BankTrack against a SLAPP suit brought for their activism on the Dakota Access Pipeline.

The international financiers of projects that harm the environment and put environmental defenders at risk must also be held legally accountable for what they’ve done. ERI sued the International Finance Corporation, the private lending arm of the World Bank, for damages caused to local communities in India by a coal-fired power plant and for human rights violations relating to an IFC-financed palm oil plantation in Honduras. We will be going to the U.S. Supreme Court in November to argue the India case.

To be effective, legal work to protect defenders can’t be left only to international NGOs or big law firms. ERI works to train local lawyers in the Mekong and Amazon region to use local and international law. We have helped build a cadre of local lawyers who have brought cases in defense of defenders and who are collaborating to increase impact.

Helping defenders themselves employ effective advocacy and campaign techniques and, critically, protect their own physical and digital security is also key to ensuring adequate protections. At our EarthRights School, ERI leads environmental rights defense training sessions for activists in Southeast Asia. This includes training in managing their security and accompanying them to carry out organizational risk and vulnerability assessments. In 2017 we opened the Mitharsuu Center for Leadership and Justice in Chiang Mai Thailand as a home for this work and as a global training center for environmental defenders from around the world.

The perpetrators of killings, threats and harassment against environmental defenders are often police and security forces acting at the behest of corporations or their government sponsors. Exposing the links between public and private security forces and corporations and spotlighting the abuses they cause is a critical tactic for protecting environmental defenders. This month, ERI, along with local partners, will publish a report in Peru on the connections between mining companies and the Peruvian national police, which is often employed by these companies for security, which in some cases has resulted in abuses.

Effectively protecting earth rights defenders requires mechanisms to hold implicated transnational corporations accountable in their home countries where oversight and enforcement are often stronger. ERI has pioneered  U.S. litigation strategies on this front, including the use of the Alien Tort Statute (ATS) to hold corporations accountable in the U.S. for human rights violations committed in other countries. Unfortunately, recent Supreme Court rulings have made it harder to use the ATS against corporate perpetrators. But ERI continues to use innovative legal strategies for accountability in the courtroom, and along with U.S.-based allies, we will be leading a campaign to address some of the worst barriers to justice to promote effective legal accountability for U.S. corporate human rights violations.

Will these measures solve the global crisis of killings and threats against environmental defenders? No. They’re starting points that need to be dramatically scaled up with support from donors and sympathetic governments. But at ERI we believe they comprise a strategic action agenda that can help create a safer environment for defenders to engage in the legitimate defense of communities’ rights to security, livelihoods and a healthy environment. 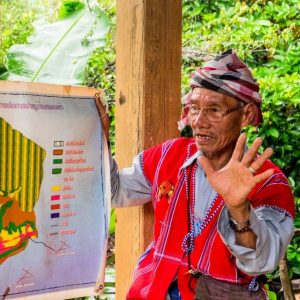 Life of the Pakayaw People 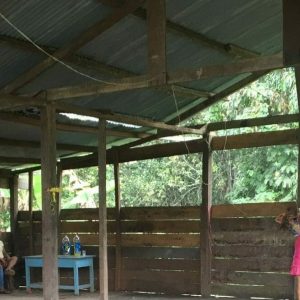 Have we Learned from the Past? Indigenous People Living in Voluntary Isolation in the Peruvian Amazon.