This will be the first time the Supreme Court will address the scope of international organizations’ immunity.

May 21, 2018, Washington, D.C. – Today the U.S. Supreme Court announced it will hear a landmark lawsuit challenging the immunity of powerful institutions like the International Finance Corporation (IFC), the private lending arm of the World Bank Group. International organizations like the IFC have long claimed they are entitled to “absolute” immunity from suit – an immunity far greater than any person, government, or entity enjoys – no matter how illegal their actions are or how much harm they cause.

The case brought by Indian fishing communities and farmers represented by EarthRights International (ERI) and the Stanford Law School Supreme Court Litigation Clinic, Jam v. IFC, challenges that claim. The Supreme Court’s decision to hear their case means it will consider international organization immunity for the first time, and decide whether international organizations can be held accountable for their harmful conduct, or whether they enjoy the special status above the law that they claim.

Last year, the U.S. Court of Appeals for the D.C. Circuit ruled that IFC had “absolute immunity” and could not be sued for its role in the controversial Tata Mundra coal-fired power plant that has devastated communities in Gujarat, India. The D.C. Circuit recognized the “dismal” situation the plant has created for the Plaintiffs, including the destruction of their livelihoods and property and the serious threats to their health, and noted that the IFC had not denied those harms. Yet the court found the IFC could not be sued based on prior D.C. Circuit decisions. One of the judges, however, expressed strong disagreement with IFC immunity and noted that another federal court had rejected the prior D.C. Circuit immunity cases, which she thought were “wrongly decided.”

The Plaintiffs are pleased the Supreme Court will hear their case and optimistic that it will fix this erroneous decision. The case is Budha Ismail Jam v. International Finance Corp., No. 17-1011.

“We are happy that our voices will finally be heard. We hope this will help us seek justice for our losses.” – Budha Ismail Jam, Plaintiff

“When at a time we thought that all doors for justice seemed closed, with this judgment our faith in the judicial system is restored.” – Gajendrasinh Jadeja, head of a local village that is a plaintiff in the case.

“International organizations like the IFC are not above the law and must be held accountable when their projects harm communities. The notion of ‘absolute immunity’ is inconsistent with Supreme Court precedent, and it is contrary to the IFC’s own mission as an anti-poverty institution. We are glad the Supreme Court has agreed to hear this case and hope it will correct this error.” – Richard Herz, Senior Litigation Attorney at EarthRights International (ERI)

“We’re grateful the Court has taken an interest in the case and we look forward to presenting argument going forward.” – Jeff Fisher, head of the Stanford Supreme Court Litigation Clinic

“This is a new chapter for the accountability of financial institutions like IFC, and has reinvigorated our fight for justice. For too long, these institutions have used their might and power to curb the voices seeking accountability and justice. We are hopeful the court’s decision to change this case will change that.” – Bharat Patel, the head of MASS, an organization of local fishing communities that is a Plaintiff in the case

Construction of the plant destroyed vital sources of water used for drinking and irrigation. Coal ash contaminates crops and fish laid out to dry and has led to an increase in respiratory problems. Thermal pollution – hot water released from the plant – has also destroyed the local marine environment and the fish populations that fishermen like Mr. Jam rely on to support their families. Although a 2015 law required all plants to install cooling towers by the end of 2017, to minimize thermal pollution, the Tata plant has failed to do so.

The IFC’s own compliance mechanism, the Compliance Advisor Ombudsman (CAO), issued a scathing report in 2013 confirming that the IFC had failed to ensure the Tata Mundra project complied with the environmental and social conditions of the IFC’s loan. Rather than take remedial action, the IFC responded to the CAO by rejecting most of its findings and ignoring others. In a follow-up report in early 2017, the CAO observed that the IFC remained out of compliance and had failed to take any meaningful steps to remedy the situation.

The harms suffered by the plaintiffs are all the more regrettable because the project made no economic sense from the beginning. In fact, Tata Power, which owns the plant, has begun trying to unload a majority of its shares in the project for 1 rupee (less than 2 cents) because of the losses it has suffered and will suffer going forward. 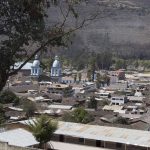 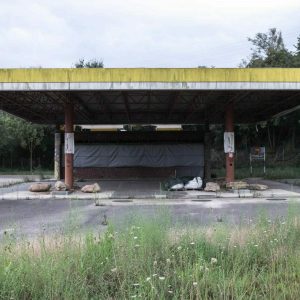