Home   »   Blog   »   Latin American Countries Have Signed on to Protect Earth Rights Defenders. But Will It Work?

Latin American Countries Have Signed on to Protect Earth Rights Defenders. But Will It Work?

Last year over 200 environmental defenders were killed, over half of them in Latin America.  Latin American countries have recently signed a new agreement to try to address this crisis. The Escazú Agreement was approved in March by 24 of 33 Latin American and Caribbean countries. It must now be ratified by its members. This agreement could be  a big step forward to protect earth rights defenders in one of the most dangerous places in the world. But not everyone believes this agreement can make a real difference for those risking their lives every day.

Last month a group of experts in the field, including ERI’s Amazon Program Director, Juliana Bravo Valencia, came together at The Washington Office on Latin America (WOLA) to discuss the hopes and challenges following the Escazú Agreement.

“This is about life, land, environment, stigma, and criminalization,” Juliana said. “The agreement has a lot of challenges, including the will of the participating countries and their national laws.”

Juliana brought up the many cases we are working on in Cajamarca, Peru. Cajamarca, home to one of the largest open pit gold mines in Latin America, is also a place where defenders are injured and killed by mining security, but also criminalized and villainized by the Peruvian government and media outlets.

One activist, who recently filed a lawsuit to stop a dam on the Marañón River in Peru, for example, has over 60 legal cases against him. Maxima Acuña Chaupe, who is fighting the U.S. mining giant Newmont in Peru, has cases against her and has been threatened and villainized not just by the company itself, but also by politicians and various media outlets.

“This agreement is a possibility. We have to give it life. It is our obligation,” said Adriana Maria Marillo Ruin, representing Costa Rica, one for the countries spearheading this agreement along Chile and Panama.  “This is a hugely important agreement,” she continued “it opens doors to a better future.”

With “have to give it life” she meant that now the individual countries have to make this agreement a reality. For the treaty to enter into force, 11 of the 24 governments of the nations that approved the agreement must ratify it in their own countries.

Not everyone was so optimistic about the agreement. Isabel Zuleta, Activist of the Movimiento Ríos Vivos did not see it as a solution to a problem that runs as deep as the entire economic system we live under. “It is impossible to coexist with these capitalist economic interests in our territories.” Colombia, where Ms. Zuleta is from, continues to be one of the most dangerous countries for earth rights defenders. 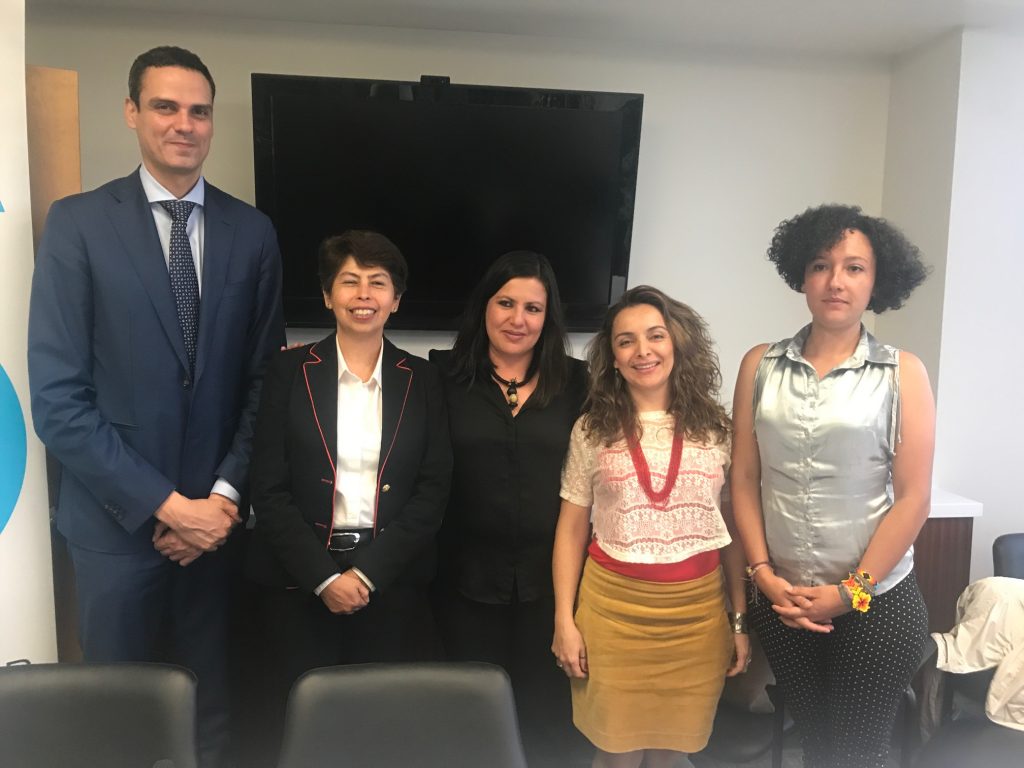 To create a safer and better future for earth rights defenders around the world, we have to look at all threats against them, including the threats of the governments themselves. “Latin America is one of the most violent and unequal part of the world with profound economic violence that marginalizes communities to extinction,” said said Érika Guevara-Rosas of  Amnesty International at the event. “Criminalization [exists] to shut up the voices of defenders,” she continued. And that is true, while physical violence is one of the main threats earth rights defenders face, companies and the government use media and the law itself to silence activists.

The agreement addresses some of the main concerns earth rights defenders face, including promoting transparency and public access to environmental information. But is it enough?

The truth is that we don’t know yet how effective the agreement is going to be in the region. Deaths continue to happen almost every day, especially in Colombia and Honduras. The reasons for continued impunity for killings of earth rights defenders has lot to do with entrenched power structures, politics tied to economic gains, and the use of private and public security. And this agreement probably isn’t going to change that.

To ensure the best possible outcome it’s important to include many voices in the conversation and implementation of this agreement. Defenders, indigenous communities, NGOs should all make a meaningful part of the process.

Yes, this is a step in the right direction. But we also have to take a hard look at the underlying power structures that enable attacks against earth rights defenders  to happen in the first place. In the coming months ERI will be monitoring closely the ratification and implementation of the Escuazu Agreement and continuing our work to help protect earth rights defenders across the region.