Home / Blog / In Nigeria, the Fight for Justice Continues

Nigeria has a long legacy of activism and people-powered movements. November 10 marks twenty-five years since the executions of environmental defenders the Ogoni 9, including author and playwright Ken Saro-Wiwa, by Nigerian state forces. Their legacy lives on today in the continued calls for justice against a brutal government and police force.

In early October, protests against police corruption and violence erupted on the streets of Lagos, Nigeria. They have since coalesced under the name “End SARS,” for the specific policing initiative that young people are fighting to demolish. Like many of the anti-police movements currently happening worldwide, the protests were sparked by a video of violent police conduct that went viral. Young Nigerians had enough. Armed with hashtags and phone cameras, protesters have made End SARS a global movement–in lockstep with others worldwide calling for an end to state-sanctioned terror.

Nigeria’s Special Anti-Robbery Squad, or SARS, was created in 1992 to combat robbery and other related crimes in Nigeria. Since its founding, SARS officers have been accused of the profiling, harassment, extortion, torture, and murder of young Nigerians.

#EndSARS protesters demand justice–for protesters, for victims of SARS violence, and Nigeria. Most of all, they demand the disbandment of SARS.

Over the last couple of years, protesters have made several attempts to disband SARS.  None so far have sustained. In 2017, for instance, #EndSARS began to gain traction as more Nigerians started to speak out against the abuse of power. Government authorities promised reform, but little seems to have taken root. “Absolutely, it has not had any impact,” said Seun Bakare, program manager at Amnesty International Nigeria. Activists accuse the government of making lofty promises to end police violence, but all that happens is the acronym “SARS” changes, and the state force retains power.

Public trust in Nigerian police is low. Less than one percent of robberies are reported to Nigerian law enforcement. Measured against 127 other countries, the 2016 World Internal Security and Police Index ranked the Nigerian police force as the worst in the world in 2016. In this particular study, researchers measured public trust in the police, resources devoted to internal security, and the effectiveness of how those resources have been used.

In the 2000s, and with the proliferation of the internet in Nigeria, SARS officers began heavily profiling young people with nice clothes, mobile electronics, and particular hairstyles, accusing them of being internet scammers, or “Yahoo boys.”

SARS harasses and extorts young people who appear wealthy. Amnesty International reported that SARS perpetrated 82 cases of torture between 2017 and 2020.

The violence and abuse of power perpetrated by SARS is not unfamiliar to Nigerians. Around the time SARS was founded, the sham trial and subsequent murders of Ken Saro Wiwa and the Ogoni 9 happened. Separated by a mere generation, both the current #EndSARS movement and the Ogoni trials example brute militarization and the attempted silencing of activists by government forces.

Oil giant Shell made more than $30 billion extracting oil from the Ogoni region of Nigeria. The Ogoni people, however, saw little financial reward. Instead, the community experienced significant environmental pollution and degradation from oil extraction.

When the people fought back against this environmental injustice, Nigerian state forces worked for the oil companies’ interests. The Ogoni people’s activist leaders, dubbed the Ogoni 9, were charged with murder in a sham trial that ultimately led to their conviction and execution.

Using state resources to enforce corporate priorities is not exclusive to Nigeria. In our report on contracts between the Peruvian police force and extractive industries, we reveal that these contracts “are meant to protect the economic interests of the extractive companies, not serve the people of Peru.” Contracting police power to protect corporate interests is unjust.

25 years after the trial and executions of the Ogoni 9, some are still seeking justice for the Ogoni people and the activist leaders. EarthRights supported litigation by Esther Kiobel, widow of one of the Ogoni 9, to sue Shell in the Netherlands for gross human rights abuses.

The fight for justice from state forces working against the interest of the people continues.

We join the calls for justice

At EarthRights, we stand with people around the world protesting injustice. We’ve called for defunding police in the United States. We recognize that the pattern of violence perpetrated by state forces against their people is a pattern replicated worldwide.

SARS is a deadly, corrupt police force. We join the calls to disband SARS and hold those perpetrating this violence accountable for their actions. 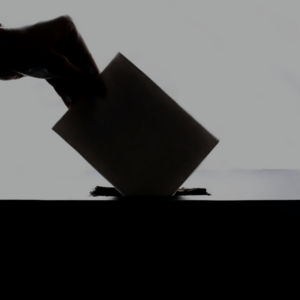