February 19, 2019. Lima, Peru. EarthRights International, the National Coordinator of Human Rights in Peru (CNDDHH), and the Legal Defense Institute (IDL) presented a report today titled Contracts between Peru’s National Police and Extractive Companies. An analysis of the relationships that allow the violation of human rights and break the principles of the rule of law (available in Spanish). The report is the result of extensive analysis of the contracts signed between the Police and mining and oil companies in Peru.

The report reveals the existence of 138 contracts for the hiring of police services, signed between 1995 and 2018, 29 of which are still ongoing today.

Most of the extractive companies that signed these contracts have projects located in regions with social uprisings and where the projects have been questioned by local communities.

Out of the 29 active contracts, 5 are in the Cajamarca region, 10 in what’s called the “mining corridor” (Cusco, Apurímac, and Arequipa), and 2 in the Amazon Rainforest.

Most of these have been signed by companies like Southern Peru, Yanacocha, Antamina, and Chinalco, four of the biggest mining companies in the region. These four companies are the ones that still have the highest number of contracts today.

The contracts affect the Police’s ability to be impartial and independent, as they favor the companies’ interests, endangering indigenous communities that live in the areas where these projects take place.

The contracts are meant to protect the economic interests of the extractive companies, not serve the people of Peru. The use of police force, as set forth by these agreements, contradict the actual purpose of  a national police force, as set by the principles of a rule of law.

It needs to be pointed out that there are various policies, rules, and laws in the Peruvian legislature that favor extractive companies. This is a direct conflict with international human rights obligations and standards .

The human rights organizations that write this report demand that the Peruvian State annuls these contracts signed by the Peruvian National Police and the extractive companies, as part of its commitment to the respect and guaranty of human and territorial rights.

You can read the full report here (in Spanish). 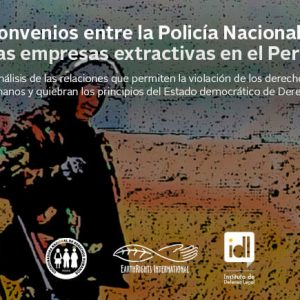 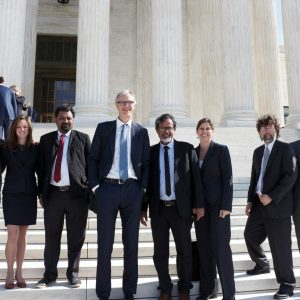