University of Chicago law professor Eric Posner used to be a serious international law scholar. He submitted a declaration to support Chiquita’s defense against our lawsuit on behalf of victims of death squads in Colombia, stating that he was an expert in international law and human rights law, and telling the court that Chiquita’s material support for terrorism did not violate international law; he submitted similar declarations regarding crimes against humanity and extrajudicial killings in at least two other lawsuits.

But Posner’s latest screed – an attack on university human rights programs, and in particular law school human rights clinics, in the Chronicle of Higher Education – is utterly unserious. It is the kind of trolling one would expert from a casual blogger, not a scholar, designed to create controversy (and promote Posner’s new book) rather than make compelling arguments.

On the off-chance that anyone does think this is a critique worth listening to, however, I thought I would give a brief response.

There are a few problems with this argument.

Law schools are supposed to prepare students to practice law. Whether Posner likes it or not, human rights law is a real and vibrant field of practice, and law schools should be credited for giving students the chance to explore this field and develop the skills necessary to practice. I have been practicing human rights law and supervising young lawyers for the past nine years, and I can say that these lawyers’ experience in human rights clinics in law school (including at Harvard, Yale, University of Virginia, and American University) definitely makes them better able to practice.

Posner seems to think that human rights clinics are illegitimate because they engage in a “bewildering array of programs and strategies that have little in common but a left-wing orientation.” Let’s unpack that a little bit. The “bewildering array” actually reflects what human rights lawyers do – advocacy on behalf of clients, writing reports and guides, drafting petitions to international or regional human rights bodies, litigating in courts, using legal arguments in governmental advocacy – all of these are strategies that EarthRights International uses, so it makes sense that they are all part of human rights clinical programs.

What’s more troubling is Posner’s suggestion that these activities reflect a “left-wing orientation.” Human rights law is not right-wing or left-wing. It has been advanced in the United States by politicians of both major parties and all political orientations. Passionate speeches on human rights have been given by Ronald Reagan, who stated that “a violation of human rights anywhere is the business of free people everywhere” and who signed the both the Genocide Convention and the Convention Against Torture, and George W. Bush, who justified invading Iraq and Afghanistan partly on the basis of human rights law, and signed the Child Soldiers Treaty.

For Posner, the fact that human rights law can be used to argue for almost “any political position” means that it is really political, not law. But you could say exactly the same thing about constitutional law, which has long been used by both liberals and conservatives to support their positions. Like the US Constitution, human rights law provides a framework for discussion and analysis. And even Posner acknowledges that human rights advocates could not promote “fascism or genocide”; many human rights clinic projects focus on opposing such abhorrent practices.

Elsewhere, Posner questions, “How many students actually do become human rights lawyers? Do the numbers justify the resources devoted to human rights centers and programs?” But that’s a silly question. The paradigm law school clinic is a legal aid clinic, and nobody asks how many of the students who participate in legal aid clinics actually become legal aid lawyers (hint: not many!). Posner accepts the legitimacy of criminal defense clinics; I remember my criminal law professor telling my class that we were more likely to end up as criminal defendants than criminal defense attorneys. (Note: I have no idea if that is true; go ask Dan Kahan.)

Posner obviously doesn’t like the fact that human rights advocates use the law as a tool to protect human rights, but that’s not a credible argument against law schools recognizing this reality. Almost any legal clinical practice could be seen as ideologically driven, whether it is providing basic legal services to low-income clients, defending people accused of capital crimes, assisting immigrants with asylum applications, or defending tenants faced with eviction.

If law schools were to ignore major modes and fields of legal practice, they would do their students a disservice. I’ve never taught human rights clinics, but I’m sure glad that ERI’s legal staff had opportunities to learn from them. 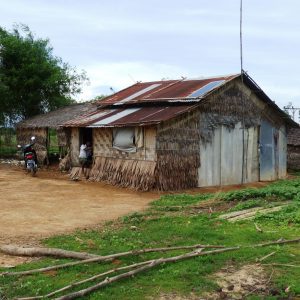 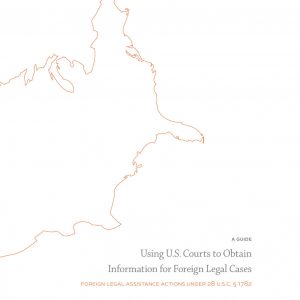