Home / Blog / Democracy Activists: Three Things to Know as You Prepare for the U.S. Elections

The 2020 elections in the United States will be a defining moment in the history of democracy.  At EarthRights, we have worked hand-in-hand with communities and activists worldwide as they navigate turbulent periods of political instability. We are founding members of the Protect the Protest coalition, which fights to protect activists’ rights to engage in protest and civil disobedience. For communities whose rights are on the line, staying silent is not an option.

As you prepare for the closing months of 2020, here are three things to know:

1. The election timetable could inflame tensions, leading to violence.

In June, a bipartisan group led by the Transition Integrity Project analyzed the 2020 elections and found that “the concept of ‘election night’ is no longer accurate and indeed is dangerous.”

As a result of the pandemic, we will not know the results on Election Day. More than half of all voters will mail in their ballots. Most states will take days, if not weeks, to count their ballots. If all goes well, states will resolve contested elections by December 8, and then the members of the Electoral College will cast their votes on December 14.

During these weeks of waiting, however, a host of problems could arise: voting irregularities, cyberattacks, lost ballots, allegations of fraud, or premature declarations of victory, to name a few. With tensions already high, any of this could lead to unrest.

2. A coup d’état could happen.

Many civil society leaders are warning about the risk of a coup — where a candidate loses the popular vote and manipulates the antiquated “electoral college” process to become president. This could happen if party leaders falsely allege voter fraud and build support for their narratives through sympathetic news outlets and social media channels. Congress, the Department of Justice, or the Supreme Court could all play a role in validating this alternative version of the facts. If the election is not resolved by January 6, Congress would have to certify the results using an ambiguous process that could quickly break down into conflict. (Check out this excellent report by the First Amendment Project that describes vulnerabilities in the elections process.)

In September, the mission-driven public relations firm M+R Strategies and partner organizations published Hold the Line: A Guide to Defending Democracy, which outlines potential election scenarios that might unfold.

To give one example: Suppose Donald Trump declares victory before the votes are counted and alleges voter fraud or illegal activity by the Biden campaign. Certain media outlets begin to echo Trump’s claims. Foreign governments spread additional disinformation. Attorney General Bill Barr launches an investigation into the alleged fraud and seeks a court order to stop vote counting. State attorneys general do the same. Trump places pressure on state governments not to certify results in states where Biden wins. Party officials seize voter ballots and oversee a “recount.” The Supreme Court validates the new results. Widespread protests erupt across the country, leading Trump to invoke the 1807 Insurrection Act and order a military intervention (which he is lawfully allowed to do).

It sounds implausible, but as M+R and its partners point out, many of these steps have historical precedent.

Similarly, Joe Biden and his supporters could contest an electoral college victory by Trump, especially if Biden wins the popular vote. In this scenario, Biden supporters would likely allege voter suppression by the Republican Party. Widespread protests could lead to prolonged legal challenges, a power struggle in Washington, and instability across the country.

Even if the election goes smoothly, violence could occur between protesters and counter-protesters. Overcoming these tensions will require a deliberate process of national healing.

Fortunately, thousands of community organizers and hundreds of civil society organizations are working hard to ensure that every vote is counted and that the elections are peaceful and legitimate. It will be essential to recognize and amplify their work. To name just a few:

And many others are doing their part.

If all else fails, remember: protest matters.

We are not yet in a doomsday scenario. This election could become a model for the world on how determined citizens can join together peacefully to save their democracy.

But we need to prepare for a rocky road ahead. In a healthy democracy, the right to protest is a safeguard for people to ensure their voices are heard. The time to nonviolently exercise that right might be right around the corner. EarthRights will continue to uphold our rights to protest safely — here in the United States and abroad. 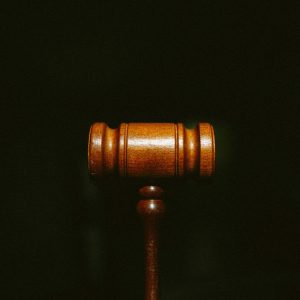 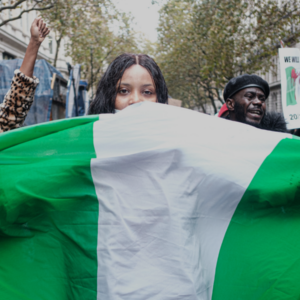