In re South African Apartheid Litigation is a consolidation of two cases brought under the Alien Tort Statute (ATS). The plaintiffs include South African victims and family members of those who were killed in apartheid, and the cases are against U.S. companies IBM and Ford for their complicity in apartheid, extrajudicial killing, and torture. The litigation, which started with over a dozen cases, has been ongoing for over a decade, and ERI has submitted multiple amicus curiae briefs.

Brief History of the Case

The cases were originally filed in 2002 in federal district court in New York. In 2004 they were dismissed on the ground that aiding and abetting is never actionable under the ATS. That decision was appealed to the U.S. Court of Appeals for the Second Circuit, who found, in 2007, that aiding and abetting is actionable under the ATS and remanded to the district court. The defendants appealed to the U.S. Supreme Court. Four justices recused themselves and lacking a quorum the Court affirmed the Second Circuit decision. Back at the district court level, the defendants filed a motion to dismiss which the court dismissed in 2009.  The decision was appealed by the defendants to the Second Circuit.  The proceedings were pending when the U.S. Supreme Court granted cert in Kiobel and were stayed pending its disposition.

In 2013, following the Kiobel decision, the district court ordered briefing on the issue of corporate liability under the ATS. The question was whether the Circuit Court’s decision in Kiobel (known as Kiobel I), which found that corporations cannot be sued under the ATS remained binding precedent after the Supreme Court decision in Kiobel (known as Kiobel II).  In April 2014, District Court Judge Shira Scheindlin ruled that there is corporate liability under the ATS finding that Kiobel II and Daimler (another Supreme Court decision on an ATS case), “directly undermine the central holding of Kiobel I – that corporations cannot be held liable for claims brought under the ATS.” However, in August, Judge Scheindlin found that the claims were not sufficiently connected to the United States and dismissed the action on the basis of the Kiobel II “touch and concern” test. The plaintiffs appealed to the Second Circuit.

ERI has submitted multiple amicus curiae briefs to the Second Circuit in the apartheid litigation.

In 2009, ERI submitted another amicus brief on behalf of  career foreign service diplomats, arguing that aiding and abetting liability under the ATS supports U.S. foreign policy and that therefore there was no basis to dismiss the case as conflicting with that policy. Subsequently, the Court of Appeals requested briefing on the question of whether corporations can be sued under the ATS. ERI submitted an amicus curiae brief arguing that corporations are proper defendants under the ATS, as this is a question determined by federal common law and in any event international law recognizes corporate personhood.

In January 2015, ERI, on behalf of a coalition of human rights and labor organizations, filed an amicus curiae brief in support of the plaintiffs. In the brief amici argue that corporations can be sued under the ATS for committing human rights abuses. The brief has two primary arguments. First, the Supreme Court in Kiobel II accepts that corporations can be sued under the ATS.  The finding in Kiobel II that that “mere corporate presence” was insufficient to displace the presumption against extraterritoriality presumes that corporations are amenable to suit under the ATS in other circumstances. Additionally, Kiobel II was decided due to the “presumption against extraterritoriality,” which is considered a “merits” question – a question that courts can only decide if they have jurisdiction in the case. This means that the Supreme Court concluded there is ATS jurisdiction over corporations.

Second, we show that Kiobel I was wrong, because whether corporations can be held liable under the ATS is a question determined by federal law. This approach is supported by decades-long precedent, the U.S. government, and international law, which leaves the question of enforcement to domestic law. The notion that corporations cannot be held liable under the ATS is nonsensical. It would mean that corporations are liable for run-of-the-mill torts, like negligence and wrongful death, but immune from liability for the most heinous crimes like genocide and torture. This would not only subvert common sense notions of justice, but the very intent and purpose behind the ATS. 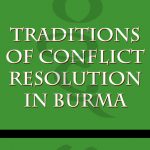