In July 2010, the U.S. Chamber of Commerce, a business group, issued a report on “out-of-court tactics” used in relation to transnational litigation in the United States. The basic observation of the report, titled “Think Globally, Sue Locally,”is that corporate defendants in transnational cases, which typically challenge human rights abuses or environmental damage, are also frequently subject to public education and outreach campaigns, including reports, videos, shareholder advocacy, and media outreach.  ERI agrees with this observation; when an abuse is serious enough to merit a lawsuit, it is also serious enough that we want to educate the public, shareholders, and policymakers about the problem so that the victims can obtain justice and similar abuses do not happen again.

The Chamber’s report, however, draws from this observation several unwarranted conclusions, and these are based in part on numerous errors in the report, so ERI has issued a response, titled “Missing the Point,” which addresses the fundamental errors of fact and analysis in the Chamber’s report.  The Chamber suggests that the lawsuits are often legally weak and that the public campaigns are designed to pressure defendants into settling meritless cases.  This is simply false; legally meritless cases get dismissed before trial, and ERI alone has brought three cases to trial or to settlement just before trial in the past five years. 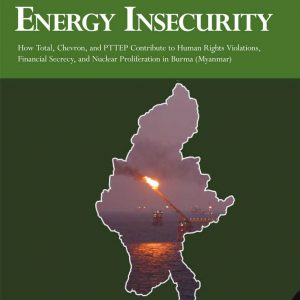