Home   »   Publications   »   Indigenous Environmental Defenders Under Risk for Protecting the Amazon Rainforest: The cases of the Wampis Nation and FENAMAD

Indigenous Environmental Defenders Under Risk for Protecting the Amazon Rainforest: The cases of the Wampis Nation and FENAMAD

In the Peruvian Amazon, Indigenous peoples are the last stronghold of resistance against the destructive advancement of extractive and agribusiness projects. Indigenous communities are the group most vulnerable to the effects of climate change. Left largely alone in this struggle to confront climate-damaging public policies and private initiatives, they face increasing threats, attacks, and repression for their work as guardians of the territory

This case study follows the story of two Indigenous communities taking collective action against external threats, the Mashco Piro peoples, a group in isolation, and the Wampis Nation, a community in the North of the Peruvian Amazon.

The Wampis Nation is an Indigenous gr0up made up of more than 85 native communities. The Wampis territory covers 1,327,000 hectares in the North of the Amazon of Peru, between the departments of Loreto and Amazonas. Indigenous peoples in the Amazon are forced to coexist with multiple threats to their rights and territories. For years, the Wampis Nation has been suffering the impacts of several extractive industries, particularly those related to hydrocarbon activities.

Logging (both legal and illegal), mining, and the exploitation of hydrocarbons are causing the deforestation of the Amazon. The Wampis Nation and the Mashco Piro peoples are just two examples of the hundreds of Indigenous peoples in the Amazon who are on the front lines of the climate crisis and who suffer the harms imposed by deforestation and extractive industries.

Violations of peoples in isolation’s rights occur due to the uncontrolled disruption of their territory, lands, and natural resources. In particular, the deforestation of the Amazon rainforest threatens their livelihood and existence.

Attacks Against the Community in the Peruvian Amazon

Wrays Pérez is the former Pamuk of the GTANW and recognized Indigenous defender of the Peruvian Amazon. In 2020, Wrays, as a representative of the Wampis Nation, denounced illegal logging activities by Ecuadorian loggers who would enter the Wampis territory through the Santiago River (Kanús), returning with boats full of wood from the Wampis and Awajún communities.

The inaction of the Peruvian authorities is fueling illegal logging. During the COVID-19 pandemic, the Wampis Nation denounced the increase of illegal logging in the area as a driver of deforestation. Halting deforestation in the Amazon region must be a key priority for Peru and the international community to effectively respond to the climate crisis. The Amazon rainforest is a key element of the global climate system, and its protection should be a global concern. Defenders like Wrays should not have to put themselves and their families in danger to demand its protection.

Governments and policymakers must recognize and protect the role of Indigenous peoples when adopting policies to respond to global environmental challenges, such as climate change, and particularly the role of Amazonian Indigenous communities. Indigenous organizations should receive support to strengthen their capacities and continue their work as defenders of the Amazon. 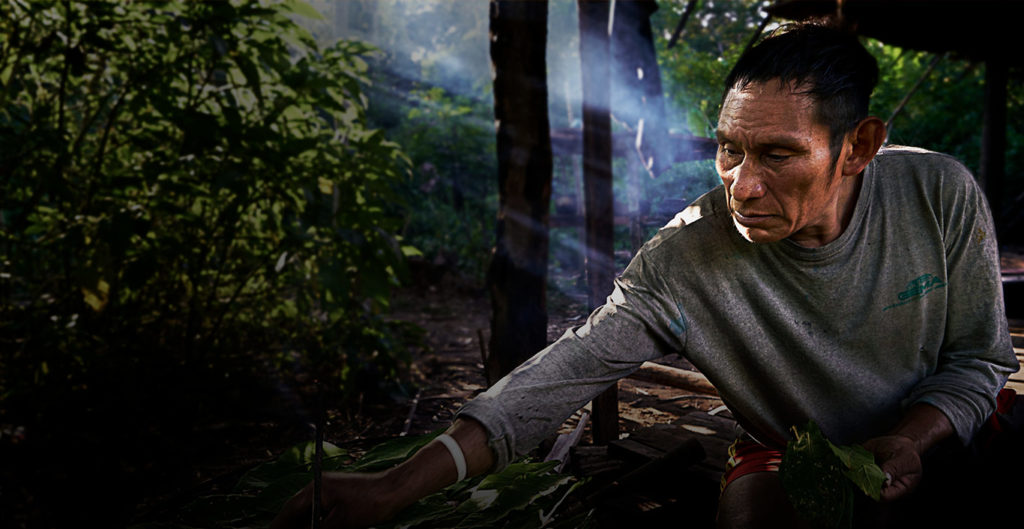 For thousands of years, Indigenous peoples in
the Amazon have built a special relationship
with the land so as to conserve and take
advantage of its resources in a sustainable
way.

That balance is now in jeopardy, with
a lack of recognition of Indigenous peoples’
rights driving multiple threats from extractive
industries.

FENAMAD is facing a retaliatory suit (also called a strategic lawsuit against public participation, or SLAPP), a lawsuit that a company files strategically against a group or activist opposing certain actions by the company. In the case of FENAMAD, the SLAPP suit came after its denunciation against a logging company entering the territory of the Mashco Piro peoples, an Indigenous community in voluntary isolation.

Madera Canales Tahuamanu, the logging company, was leased a concession overlapping with Mashco Piro territory. When FENEMAD released a statement opposing the logging company’s actions, that company sued FENAMAD. Initially, the Peruvian judiciary ruled against FENEMAD, though that case is currently being appealed. The story of FENAMAD illustrates how, when governments failed to protect the Amazon, the communities on the front lines of the climate crisis stepped up and are now facing repression and judicial persecution.