Hydropower and Cultural Survival in the Salween River Basin

After years of speculation, the Royal Thai Government and the State Peace and Development Council (SPDC), the military regime ruling Burma, are poised to begin major construction on a series of large hydro-powered dams in the Salween River basin. Joint feasibility studies began in the Fall of 2004, prompting representatives from several different Burmese ethnic groups to urge Thailand to reconsider. Their concerns emphasized the environmental costs of these dams and the fact that electricity produced from them would be exported abroad instead of supplying local populations who endure serious energy shortages. Their pleas appear to have fallen on deaf ears. 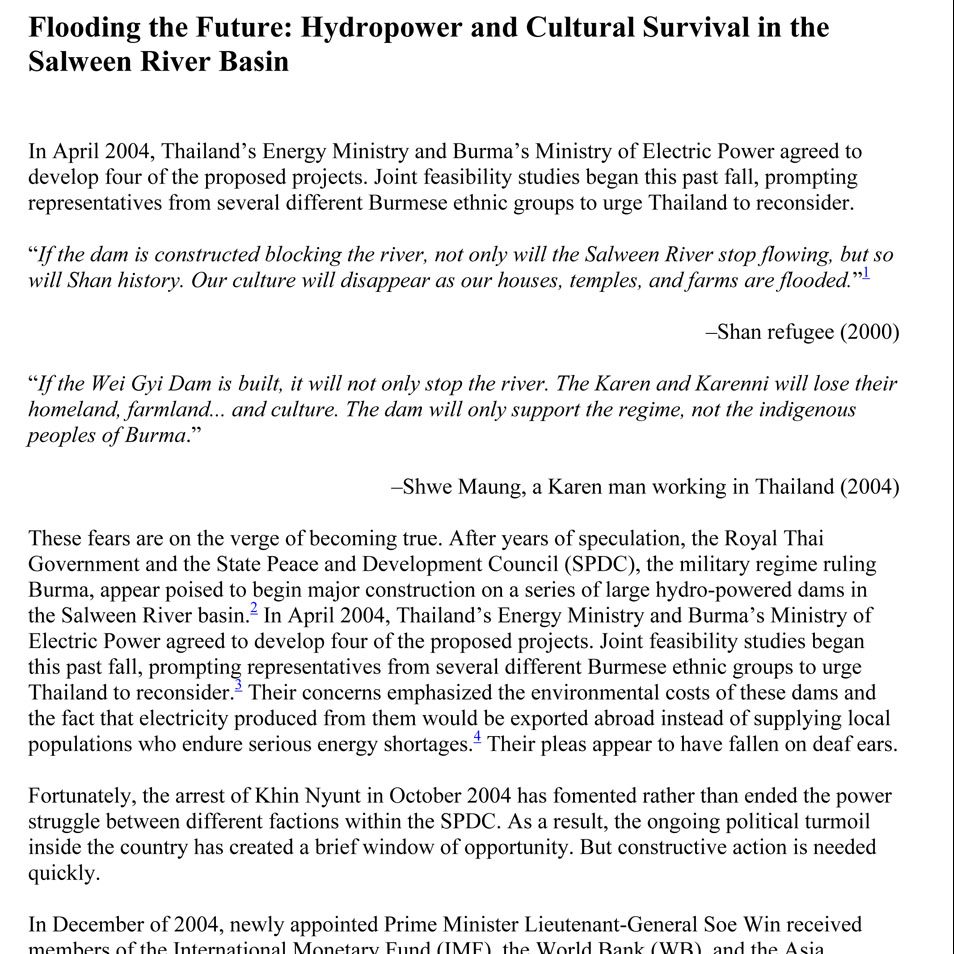 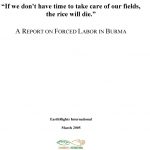 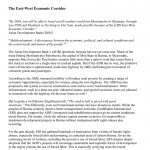