This report is the most comprehensive survey on Chinese investment in Burma to date and identifies 69 Chinese MNC’S involved in 90 completed, current and planned projects in the hydropower and extractive sectors in Burma. This research, conducted between September 2007 and September 2008, draws upon government statements, English and Chinese language news reports, and company press releases.

This report builds upon previous ERI research, published under the same name and collected between May and August 2007, which identified only 26 Chinese MNCs involved in 62 projects.

Ka Hsaw Wa, Executive Director of EarthRights International noted the importance of publishing the survey, stating, “We’ve repeatedly seen foreign companies coming into Burma with disregard for local people and the environment. Given what we know about development projects in Burma and the current situation, we’re concerned about this marked increase in the number of these projects.”

“We’re concerned about the lack of information about these projects available in the public domain,” said ERI Researcher Alek Nomi, principal author of the research. “We hope this research shines a light on these sectors and provides a resource for communities, NGOs, journalists, policymakers, and governments.” 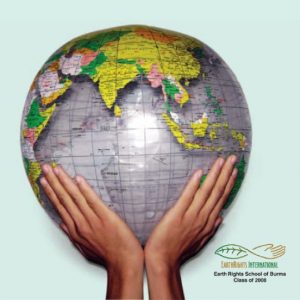