Assessing and Improving the Voluntary Principles on Security & Human Rights

How can a voluntary multistakeholder initiative that brings together NGOs, governments, and companies best address one of the most intractable problems in international human rights protection?

This question has become salient because the United States and a number of other countries – not to mention many of the world’s largest oil companies – have thrown their weight behind the Voluntary Principles for Security and Human Rights (VPs) as one of their key initiatives to manage the human rights impacts of the relationship between extractive companies and security forces. This report examines the VPs and their record in Nigeria in an effort to determine whether the initiative as currently operated is up to the task.

Drawing on field surveys in communities in Nigeria, interviews with extractive industry and NGO personnel, conversations with government officials, and broad-based desk research, this report presents critiques of the structure of the VPs and their implementation in Nigeria, and offers recommendations for reform. The report focuses on Nigeria in particular because, as a country with a high incidence of violence, corruption, and human rights abuses associated with the extractive sector, it provides ready examples of all the situations and dangers that the VPs are meant to help companies navigate. If the VPs can work in the Niger Delta, they can work just about anywhere. However, the VPs appear to be largely a failure in Nigeria, as communities report ongoing friction and security forces continue to commit grave human rights abuses in connection with extractive operations – even those belonging to VPs companies such as Chevron and Shell.

To a great extent, the VPs’ failure to make a difference in Nigeria is attributable to problems with implementation.

1. Failure to consult with local communities. Communities are excluded as a matter of course from security planning, despite the VPs’ recommendation that companies “consult regularly” with local communities about the impacts of their security arrangements. Survey respondents in several oil-producing communities reported that far from being consulted them on security issues, they felt actively intimidated from participation and access. Communities believed that the companies would enjoy better security and avoid violent incidents if they were to successfully engage the communities, a conjecture that is borne out by experience in other countries, like Indonesia.

2. Failure to consider the root causes of conflict. Companies in Nigeria generally do not engage with communities to identify the root causes of conflict, a deficiency that contributes to inadequate risk assessments. As a result, companies’ actions are seen – rightly or wrongly – as attempts to “divide and conquer” communities by supporting one side in hotly contested disagreements over land and leadership. Companies also neglect the environmental and social grievances that often underlie community opposition to extractive activities. These two problems contributed heavily to two of the most noted spasms of industry-linked violence in the past two decades – the military assault on Ogoni in the mid-1990s and the destruction of the community of Odioma in 2005.

3. Failure to roll out the VPs on the ground, as opposed to at the highest levels of the corporation. Companies and governments have generally focused on implementing high-level policies that emphasize cultivating a human rights-sensitive management culture, training employees and government officials, and monitoring and reporting on the corporate-level roll-out of human rights policies. They omit, however, the day-to-day interactions between company personnel, public security forces, and communities that define the conflictual security relationships of the Niger Delta.

The implementation failures in Nigeria are unlikely to be remedied because of a number of structural weaknesses in the VPs.

1. Exclusion of communities from the VPs. While the multi-stakeholder character of the VPs embraces a wide range of actors, it fails to provide a meaningful role for communities themselves, despite the fact that they are the ostensible focus of the initiative. Communities have no access to the confidential proceedings of the VPs, cannot raise grievances against members, and cannot propose changes to the initiative. NGO participation, as it turns out, is at best a poor substitute for community engagement.

2. Inadequate expectations for government participants, and unrealistic expectations for civil society organizations. The VPs offer only vague standards for the participation of government members. It is not clear whether they are expected to actively intervene or use influence to improve the implementation of the initiative in other countries, or to enact particular policies or laws relevant to conduct either within their own borders or abroad. The experience of Colombia, where the U.S. and Colombian governments have been active and enthusiastic participants, contrasts unfavorably with that of Nigeria. As for civil society organizations, they find that participation taxes their limited resources. This tends to effectively exclude local NGOs in developing countries – who have comparatively fewer financial resources – from the VPs, while those NGOs that do participate fail to benefit from the increased trust that supposedly should arise from the VPs’ confidentiality guarantees.

3. Weak or non-existent assurance mechanisms. The VPs are often criticized for their lack of transparency. Participants’ annnual reports are not released to the public, and the criteria for reporting are vague and unsatisfactory. This would appear to provide a diminished incentive to companies and government participants to make difficult choices. Moreover, there is no external grievance mechanism, and newly enacted internal mechanisms meant to address non-compliance are untested and cumbersome.

The report offers both substantive and procedural recommendations to approve the performance of the VPs, both at the initiative level and on the ground in Nigeria. These include: 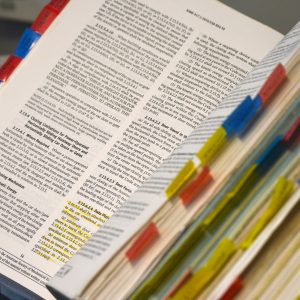 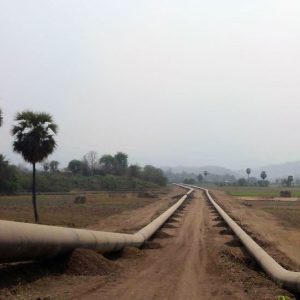 “There is no benefit, they destroyed our farmland”