Chevron, formerly Texaco, has been sued over massive alleged contamination in the Ecuadorian Amazon.  ERI has participated as an amicus in the original cases filed in the United States, as well as in an international arbitration brought by Chevron against the government of Ecuador, and in a subsequent case filed in the U.S. by Chevron against the Ecuadorian plaintiffs and their counsel. ERI also represents activists and others affected by the litigation.

The alleged environmental destruction of the Ecuadorian Amazon has affected tens of thousands of people. The victims of Texaco’s abuses sought recourse in a consolidated lawsuit, Jota, et al and Aguinda, et al v. Texaco, filed, in part, under the Alien Tort Statute (ATS), 28 U.S.C. § 1350.

Plaintiffs appealed to the U.S. Court of Appeals for the Second Circuit. ERI submitted an amicus brief in support of the plaintiffs. In the brief, ERI asserts that environmental harms of the magnitude alleged by plaintiffs violate international law and that the court’s failure to give weight to the U.S. interests in hearing this case expressed in the ATS was legal error.

In an unfortunate decision, issued on August 16, 2002, the U.S. Court of Appeals for the Second Circuit affirmed the lower court’s decision to dismiss the case. The Court of Appeals, however, did not adopt the district court’s finding that plaintiffs would be unlikely to state a claim for a violation of international law. Rather, the Court held that it was unnecessary to consider that issue, because other public and private interest factors would require dismissal even if the ATS expresses a strong U.S. policy interest in hearing this case. Given the Court of Appeals’ conclusion, the district court’s finding that massive environmental damage of the kind alleged is unlikely to be actionable under the ATS was dicta.

Following the dismissal of the U.S. litigation, the plaintiffs re-filed their case against Chevron (which had acquired Texaco) in Lago Agrio, Ecuador.  In 2011, the Ecuadorian court granted judgment to the plaintiffs inAguinda v. Chevron, ordering Chevron to pay over $18 billion to remediate the environmental damage.

Chevron had already embarked on strategies to avoid paying this judgment.  In September 2009, Chevron initiated an international investment arbitration against Ecuador, arguing that its rights as a foreign investor were being violated by its treatment in the Ecuadorian courts.  On behalf of two NGOs, ERI sought to file anamicus brief in the arbitration tribunal, arguing that it was not appropriate for the tribunal to hear the case.  Unfortunately, the tribunal rejected ERI’s filing.

In 2011, Chevron filed a lawsuit, Chevron v. Donziger, against the Ecuadorian plaintiffs and their counsel in New York, arguing that they had committed fraud and racketeering in the Lago Agrio litigation in an effort to pressure Chevron into settlement, and seeking an injunction that would prevent the Ecuadorians from enforcing the Lago Agrio judgment anywhere in the world.  The district court issued a preliminary injunction in March 2011, and the plaintiffs immediately appealed to the Second Circuit Court of Appeals.

In June 2011, ERI filed an amicus brief with the Second Circuit, arguing that since Chevron (then Texaco) had originally argued that the case should be dismissed to Ecuador, and had defended the adequacy of the Ecuadorian judicial system, it should not now be able to attack that judicial system in order to avoid enforcement of a judgment.  Several other amicus briefs were filed as well, including one filed by the Ecuadorian government.

In September 2011, the Second Circuit dissolved the injunction without an opinion explaining its reasons, but noted that one would be forthcoming. In January 2012, an Ecuadorian appellate court upheld the judgment against Chevron. Later that month, the Second Circuit issued its opinion, dismissing Chevron’s claim for an injunction because the New York law upon which Chevron relied did not provide the authority to issue the world-wide injunction Chevron seeks. In October 2012, the United States Supreme Court denied Chevron’s appeal from the Second Circuit.

In September 2012, Chevron issued sweeping subpoenas to Google, Yahoo! and Microsoft, demanding usage records and identity information about the users of more than 100 email accounts, including environmental activists, journalists and attorneys. ERI and the Electronic Frontier Foundation (EFF), a leading Internet privacy organization, are representing these targets of the subpoenas, and in October 2012 ERI and EFF filed motions to “quash” the subpoenas in California and New York. The information Chevron wants could be used to create a detailed map of the individuals’ locations and associations over nearly a decade. None of the individuals represented by EFF and ERI has been sued by Chevron or accused of wrongdoing. The motions to quash pointing out that anonymous speakers who are not parties in a lawsuit receive particularly strong First Amendment protections. Chevron’s subpoenas also violate the legal protections for the right of association for political action that were developed during the civil rights era. The District Court in California has stayed enforcement of the subpoenas issued to Google and Yahoo! while it requires Chevron to consider ERI and EFF’s objections.

Chevron also named Amazon Watch, a longtime ERI partner and one of the plaintiffs in our Maynas v. Occidental lawsuit, a “non-party co-conspirator” in the Chevron v. Donziger lawsuit. For more than a decade, Amazon Watch has been publicly critical of Chevron’s legacy of pollution, which has harmed the health and the environment of thousands of villagers in the Ecuadorian Amazon. In connection with its efforts to avoid paying for the damage it caused in the Ecuadorian Amazon, Chevron issued two sweeping subpoenas to Amazon Watch, seeking the organization’s internal documents and testimony related to its advocacy campaign against Chevron.

ERI represented Amazon Watch to sdefend them from Chevron’s harassment. In April 2013, a Federal Judge in California quashed both subpoenas in their entirety. ERI, serving as Amazon Watch’s lawyers, successfully argued that the subpoenas violated Amazon Watch’s First Amendment rights and were unduly burdensome and intended to harass one of Chevron’s public critics.

Chevron sought permission from Judge Kaplan in New York to serve another subpoena on Amazon Watch, but the request was denied.

In the fall of 2013, the Court held a multi-week trial of Chevron’s claims against certain Ecuadorian victims and their New York attorney.  On March 4, 2014, the court issued a nearly 500 page ruling, finding for Chevron. Among other things, the court held that it did not need to respect the rulings of Ecuador’s courts, including rulings that were not even alleged to be tainted by bribery or fraud, because it found that the entire Ecuadorian judiciary was not impartial. The defendants appealed.  As in 2011, ERI filed an amicus brief with the Second Circuit arguing that given Chevron’s  original, successful argument that the case should be dismissed to Ecuador and that Ecuador’s judicial system was fair, Chevron should not now be able to attack that judicial system.  Several other amicus briefs were filed as well, including one filed by Amazon Watch and one by the Ecuadorian government.

More information about the Chevron/Ecuador litigation may be found on the website of the plaintiffs and supporting organizations, http://chevrontoxico.com/. 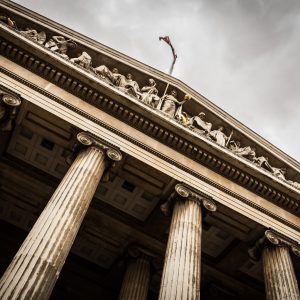 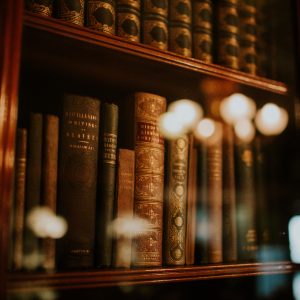