On September 21, 2009, EarthRights International filed an amicus brief on behalf of human rights organizations in the U.S. Court of Appeals for the Ninth Circuit in the case Movsesian v. Victoria Versicherung, A.G. The case concerns a California statute allowing California courts to hear certain lawsuits arising out of insurance policies held by Armenian genocide victims, and extending the time to file such lawsuits. A three-judge panel of the Ninth Circuit initially found that the California law was preempted by a federal policy against using the phrase “Armenian genocide.” The plaintiffs then petitioned for rehearing. Because this case could have implications for the preemption of other state laws, including laws under which ERI has sued, ERI filed a brief in favor of rehearing, arguing that the California law should not have been preempted because any federal policy against recognizing the Armenian genocide does not have the force of law, and cannot preempt state law.

On December 10, 2010, the panel granted the petition for rehearing and upheld the law. The court found that there was no federal policy against recognizing the Armenian genocide, as various presidential administrations, including the Obama Administration, had issued statements recognizing the genocide. The court also rejected the argument that the law intrudes into the federal government’s power to conduct foreign affairs, even if there is no conflict with an explicit federal policy. The court noted that the state, in seeking to protect the insurance claims of thousands of its residents, was promoting a traditional state interest.

Following this ruling, the defendants petitioned for rehearing before an 11-judge “en banc” panel of the Ninth Circuit. ERI filed another amicus brief on behalf of human rights organizations, this time supporting the new opinion and opposing en banc rehearing. The Republic of Turkey filed an amicus brief on the side of the defendants.

On November 7, 2011, the Ninth Circuit ordered en banc rehearing in the case, which will take place in December 2011. ERI again filed an amicus brief that expanded upon previous arguments as to why the California law did not conflict with any federal policy or interfere with the federal government’s management of foreign affairs. The brief also argues that the Ninth Circuit should not consider the views expressed by Turkey in its amicus brief when determining the foreign affairs implications of the California law. 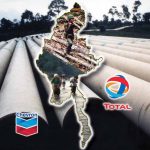