Once again, social leaders, human rights and environmental defenders, are victims of judicial persecution in Peru.

Today, March 6, trial will begin against 16 community leaders facing charges for their participation in a 2012 protest against the Conga Mining Project. According an indictment filed by the 2nd Provincial Criminal Prosecutor’s Office of Celendín, Cajamarca, the defendants—a mix of social justice leaders and environmental defenders, including five women—may face up to 36 years in prison if convicted.

This proceeding comes as a direct result of the local communities’ struggle against Minera Yanacocha, a joint venture co-owned by U.S. company Newmont Mining Corporation and Peruvian company Buenaventura, with funding from the International Finance Corporation (IFC), the private lending arm of the World Bank. For more than 20 years, operations at Yanacocha—the largest open-pit gold mine in South America—have wreaked environmental devastation and social conflicts in the region, with negative impacts on the communities. Moreover, with the planned Conga Project, Minera Yanacocha is expected to dump 96,000 tons of toxic mining wastewater per day into headwaters of the river basin that serves as the region’s main water source. In July 2012, local opposition to the project culminated in a clash between demonstrators from the cities of Celendín and Bambamarca and combined forces of the National Police and the Army, which left five dead—including a 16-year old boy—others wounded and hundreds criminalized.

We believe the accusations and criminal proceedings against the community leaders improperly criminalize dissent against extractive projects. Not only are the charges far removed from the defendants’ actual conduct during the 2012 protest, but the punishment requested by the prosecution is equivalent to or perhaps even greater than that which would be sought in this country for perpetrators of substantially more serious crimes.

Amongst those accused by the prosecution is Milton Sánchez Cubas, the Secretary General of the Inter-Institutional Platform of Celendín (Plataforma Interinstitucional Celendina, or PIC, in Spanish), a recent beneficiary of precautionary measures granted by the Inter-American Court on Human Rights. Another defendant facing the baseless charges is community leader Jeny Cojal, who was informed about the accusations against her only after criminal proceedings had already been initiated, and was thereby denied the opportunity to defend herself. The action against Ms. Cojal is currently being challenged in a nullity appeal.

The undersigned are deeply concerned by the fact that the State has responded to legitimate social mobilization with the use of force and criminal action. Therefore, in view of the criminalization, improper prosecution, and persecution of environmental and human rights defenders in Cajamarca, we remind the authorities—particularly the prosecution and the judiciary—that they have an obligation to ensure that the defendants’ rights to due process, a fair trial, and an impartial tribunal are respected.

The undersigned civil society organizations declare our intention to remain vigilant against additional abuses, and we urge the judiciary to safeguard the rights of human rights defenders and regard doing so as the fundamental premise of a democratic and plural country. 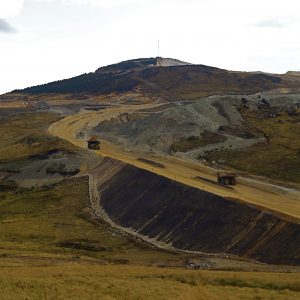 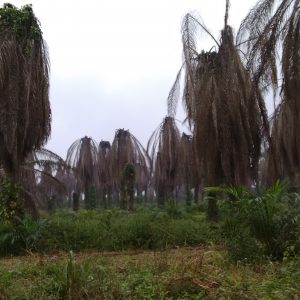