A statement submitted by Extraterritorial Obligations-Watch (ETOs Watch) on behalf of the affected communities from Thai investments in Cambodia, Lao PDR, Myanmar and Thailand

March 26th, 2018, Bangkok – We, non-governmental organizations, ETOs-Watch members and partners representing communities who are directly affected by Thai investments abroad, including over eight mega-projects in Cambodia, Lao PDR and Myanmar, have been monitoring Thai outbound investments in Myanmar, Cambodia and Lao PDR. These include: Koh Kong and Oddar Meanchey sugar plantations in Cambodia;  Xayaburi dam and Hongsa coal mine and power plant in Lao PDR; and Dawei Special Economic Zone, Banchaung coal mine, Heinda tin mine, and Hatgyi dam in Myanmar. Communities affected by Thai outbound investment demanded for compensation and remedy caused by Thai investments.  We, ETOs-Watch Coalition, call for the Thai government to take proactive steps to protect the rights of communities that have already been or may be affected by Thai outbound investments. We call for Thai investors to conduct due diligence and to comply with the United Nations Guiding Principles on Business and Human Rights (UNGPs) and other international human rights best practices and standards.

Across ASEAN countries, there is growing concern over a lack of accountability for human rights violations associated with Thai outbound investments. Negative environmental and social impacts of these investments commonly include destruction of livelihoods, land grabs, and forced evictions. Since 2014, communities affected by Thai investments abroad have voiced their complaints and sought remedies through litigation and non-judicial channels, including the National Human Rights Commission of Thailand (NHRCT).

On May 31st, 2017, at a United Nations meeting on business and human rights in Bangkok, Thai Prime Minister General Prayuth Chan-Ocha affirmed the Thai government’s commitment to implement the UNGPs in his opening speech. He stipulated that businesses are responsible for upholding human rights and guaranteeing dignity, safety, equality, equal opportunity, access to government services, and fair treatment. The Prime Minister also presided over the signing of a memorandum of cooperation to take concrete step based on the UNGPs and to seek greater commitment from businesses actors to comply with human rights norms and laws. This memorandum was signed by key agencies responsible for advancing the NAP, as outlined in the Cabinet Resolutions. These government agencies, including the Ministries of Justice, Foreign Affairs, and Commerce, were officially assigned to act on and respond to these Cabinet Resolutions.

We reaffirm the main recommendations made from the NHRCT, which include establishing a grievance mechanism to ensure that the private sector respects fundamental human rights, in compliance with the UNGPs. To prevent human rights violations and ensure access to effective remedies, both human rights due diligence and effective grievance mechanisms are necessary. We call on Thai investors operating abroad, especially in the Mekong region and Myanmar, to conduct due diligence in assessing the potential and existing human rights impacts of all projects.

We hereby urge the Thai government and all relevant agencies to undertake actual implementation of laws and norms based on these Cabinet Resolutions, while also humbly requesting the UN Working Group to follow the Thai government’s progress and provide instructions and recommendations during this visit and in the future.

In the case of litigation, Thailand’s legislation allows victims of abuses to seek legal remedy and compensation. These legal remedies may be supported by Thailand’s Civil and Commercial Code Section 420, which suggests: “A person who, willfully or negligently, unlawfully injures the life, body, health, liberty, property or any right of another person, is said to commit a wrongful act and is bound to make compensation therefore.”

In the case of abuses that happen as a result of outbound investment, citing Thailand’s Conflict of Law Act B.E. 2481 Section 7 and 15 offer the best support for remediation. Section 7 reads: “In case of conflict as to the nationality of a juristic person, the nationality of such person is that of the country where it has its principal office or establishment.” Section 15 reads: “An obligation arising out of a wrongful act is governed by the law of the place where the facts constituting such wrongful act have taken place. The foregoing provision does not apply to facts which, having taken place in a foreign country, are not wrongful according to the Thai law. In no case can the injured party claim compensation or remedies other than those allowed by the Thai law.”

Specifically, the Thai government should: 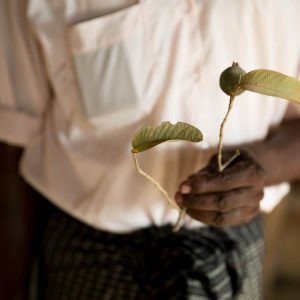 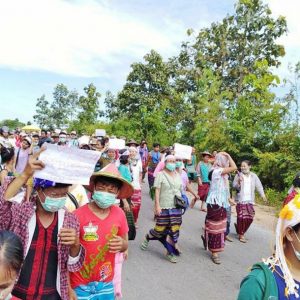