July 18, 2017 – On Saturday, the gates of the Lower Sesan 2 Hydropower Project in Stung Treng, Cambodia, were opened to commence filling of the reservoir for operations testing. Despite the near completion of the dam, the situation of up to 180 families who remain in Srekor and Kbal Romeas – two villages that will be flooded by the rising waters – remains unresolved.

According to media reports, the dam will fill from mid-July to mid-August. The remaining families, many of them indigenous Bunong and minority Lao people, have repeatedly refused to accept the compensation package offered by the Cambodian government and project developers and move to the resettlement sites, choosing instead to remain in their villages. They fear the loss of their ancestral sites, cultural traditions and identities if they move to the resettlement villages, where they will be forced to adapt to new livelihoods and way of life.

Some villagers have stated that they prefer to die on their homelands than move to the new site. Others are waiting to try their luck with the rising waters, or move to higher ground. Last week, the government refused a plea by representatives of the remaining families to delay filling of the reservoir by a month and for assistance to move belongings and property to nearby hills.
“Our ancestral graves cannot be compensated with cash or moved from our village,” said a woman from Kbal Romeas.[1]“Our culture, traditions, identity, and guardian spirits have strong connections to the land, which is our home. These strong connections enable us to use natural resources in the forest and river in sustainable ways. This has been recognized and respected as the right of indigenous people. We will not move from our home village!”

“We who are living along the Sesan River have already been negatively affected by hydropower, including the Yali Falls Dam upstream in Vietnam,” said a man from Srekor. “We can testify from our experiences that, like other dam projects, LS2 will not only flood our village, it will change the water quality and flow of the rivers and that these changes will affect the health, life and livelihoods of all the communities living both downstream and upstream of the project.”

The villagers know, based on the restoration challenges already facing fellow villagers who have relocated, as well as resettlement experiences brought about by hydropower and other large-scale projects both inside Cambodia and regionally, that the offered “compensation” package is highly unlikely to actually compensate, let alone restore their life and livelihoods once they move.

A man from Kbal Romeas says that he has heard about the experiences of friends who have already moved to the new site. “The resettlement site is not our village; we need money there to survive for our daily life. Everything is money; we will even need to buy drinking water, we have never needed to do this in our village. The land provided is not good for agriculture and there’s no river for fishing, which is how we support ourselves. The new place cannot lead me to a better life.”

Villagers are also protesting the imminent removal of a bridge to be inundated by the project reservoir. The bridge currently allows easy access to Stung Treng town  – and medical services, schools and markets – for villagers in the project’s flooded zone as well as other communities upstream. No replacement route has been provided.

“Our life will get worse and worse without the Srepok Bridge,” said an older lady who lives upstream from the Lower Sesan 2 Dam. “Removing the bridge is the same as cutting off our legs. We can now travel to Stung Treng town to access services easily, especially the market and health center. Without the bridge, what will happen to us? We may die if we get sick and cannot go to hospital on time!”

The families now face the threat of forced evictions and a highly uncertain future. People hoped to move to higher ground in areas upland, in order to relocate homes and property on their own terms and continue traditional ways of life. However, the government has reportedly forbidden this possibility as a long-term solution, stating that the area has been slated for rubber plantations. Stung Treng’s Deputy Provincial Governor is cited in media reports as warning that the authorities will send trucks and boats to transport people to the resettlement sites, and that in the event of protests, are prepared to use force.

According to the Cambodian Constitution, Cambodian citizens are entitled to human rights protections under international law. The UN Basic Principles on Development Based Evictions sets out detailed guidelines for respecting human rights in the context of displacement for hydropower dams and other large-scale infrastructure projects. Cambodia has also endorsed the United Nations Declaration on the Rights of Indigenous Peoples, which contains special rights and protections for indigenous communities, including the right of free, prior and informed consent to displacement from their lands and territories.
“International law limits the use of involuntary resettlement to situations of overriding public interest. The use of violence to forcibly evict people from their homes is strictly prohibited,” said Maureen Harris, Southeast Asia Program Director at International Rivers. “We urge the government and developers to work with the remaining families to assist them and to resolve this situation peacefully and in a way which respect their rights, dignity and safety. These families have a right to participate in decision-making and agree to the terms on which they move to make way for the dam.”

[1] The names of villagers providing statements have been kept confidential.

More information:
The Lower Sesan 2 Dam is located just below the confluence of the major Sesan and Srepok tributaries and about 25km from the Mekong River. The Lower Sesan 2 Dam is being developed by a consortium of Chinese, Cambodian and Vietnamese companies, including China’s Hydrolancang International Energy Co. Ltd and Cambodia’s Royal Group. According to publicly available information, the completed dam is approximately 75m high and 8km long and will create a 33,560 hectare reservoir. The dam has a generating capacity of 400 MW. More than 5,000 people, most of whom are indigenous and ethnic minority groups, will be displaced. Hundreds of families from five villages have already moved to designated project resettlement sites. 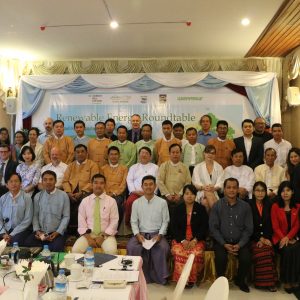 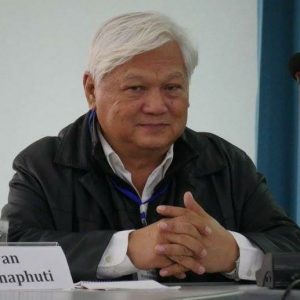