June 17, 2021, Washington, D.C — Today, the U.S. Supreme Court issued a decision in Nestlé USA Inc. v. Doe, a case involving claims against U.S.-based Nestlé and Cargill for profiting from, and abetting, child labor on cocoa plantations in West Africa. The plaintiffs allege that as 12-to-14-year-olds, they were trafficked from Mali to Côte d’Ivoire, where they were enslaved on cocoa farms and forced to work without pay for up to 14 hours a day, six days a week. They sued the U.S. companies, who sourced cocoa from those farms under the federal Alien Tort Statute (ATS). The Court decided that even though the plaintiffs alleged that corporate decisions were made at headquarters in the U.S., this was not a sufficient connection to allow a suit in the U.S. under the ATS.

EarthRights International, which submitted an amicus brief in support of the plaintiffs last November, today issued the following statement from its General Counsel, Marco Simons:

“Today’s Supreme Court decision is a giant step backward for U.S. leadership on international law and protecting human rights. If the ruling implies that U.S. corporations whose executives decide, from comfortable American boardrooms, to profit from murder, torture, and slavery abroad cannot be sued in U.S. federal courts for violating international law, it has disturbing implications for future victims of human rights abuses seeking justice against businesses in U.S. courts. This ruling also sets a dangerous precedent, giving corporations impunity for profiting from human rights abuses.

“Victims can still sue those corporations in the U.S. under ordinary legal principles, and those suits will often end up in state courts, proceeding under state law. But this decision amounts to an abdication of the federal government’s obligations to enforce international law for its own corporations. When the First Congress wrote the Alien Tort Statute in 1789, it wanted to provide a federal forum for suits implicating violations of international law, and this decision undermines that purpose.

“Nestlé and Cargill have claimed that they cannot be sued for child slavery because they are corporations. Although the Court did not decide this issue directly, many justices have now made it clear that they do not believe corporations have special immunity from human rights violations – including Justice Alito, who dissented today and expressly rejected corporate immunity. But that is small comfort to the victims here when the majority of the court ruled that the U.S. corporate defendants are not subject to liability in U.S. courts for violating international law.

“As leading manufacturers of chocolate, Nestlé and Cargill hold vast influence over the industry and should be leading by example. Instead, plaintiffs allege, they abetted the abuse: The corporations were major buyers of cocoa from these plantations, holding exclusive contracts and regularly providing logistical support, training, and supplies; they knew about, benefited from, and had the power to stop the abuse.

“In light of the U.S. Supreme Court’s refusal today to protect victims of corporate human rights abuses, it is imperative that Congress take action. We call on Congress to clarify U.S. courts’ responsibilities to enforce international law, reassert U.S. leadership on human rights, and provide remedies to victims of the most serious human rights abuses by enacting binding legislation that holds corporations accountable for violating human rights.”

Nestlé and Cargill have both pledged to eliminate slave labor from their supply chains but admit they have not met that goal. Neither company has compensated the victims whose labor they benefited from. The majority of the world’s cocoa supply – 70 percent – is grown in West Africa, supplying vast amounts to companies like Nestlé and Cargill. The U.S. State Department, the International Labor Organization, and UNICEF, among others, have documented the existence of child slavery in Côte d’Ivoire. A recent report commissioned by the U.S. Department of Labor report found that child labor among agricultural households in cocoa-growing areas of Côte d’Ivoire and Ghana actually increased from 31 percent to 45 percent between 2008 and 2019.

In 2005, with the help of the U.S. NGO International Rights Advocates, the plaintiffs – who have used pseudonyms for safety reasons – sued Nestlé USA and Cargill in U.S. courts. The U.S. Court of Appeals for the Ninth Circuit ruled in October 2018 that Nestlé and Cargill couldn’t avoid the lawsuits. In July 2020, The U.S. Supreme Court agreed to hear the cases at the request of the two companies, the Trump administration and the U.S. Chamber of Commerce, among others. In October, EarthRights and over a dozen other advocacy groups, legal scholars, former government officials, and responsible businesses filed amicus briefs in support of the plaintiffs. The Supreme Court heard the case in December of 2020.

Updated at 6:30 p.m. to clarify EarthRights’ stance on the scope of the decision. 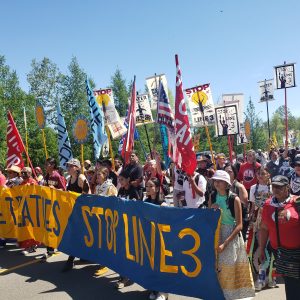 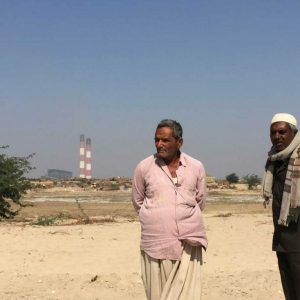