October 28, 2021, Washington, D.C.– This week, leaders from six major oil and gas corporations and trade organizations testified before Congress to answer for their roles in spreading disinformation about the connection between climate change and fossil fuels.

“Instead of funding solutions to help curb the climate crisis, oil companies and trade associations spent billions of dollars on advertising campaigns designed to hide the truth about fossil fuels and the climate crisis. Exxon, for instance, knew of the role of fossil fuels in driving global climate change as far back as the 1960s. Instead of taking positive action, it misled the public through an elaborate disinformation campaign. Their actions have contributed to the climate crisis that now affects every person on the planet, particularly Indigenous, Black, and Brown communities who disproportionately live in the shadows of destructive fossil fuel projects.

“The executives who testified at this historic hearing were given many opportunities to pledge to stop their deceptive advertising practices. They failed to do so and instead doubled down on their usual misleading talking points. For far too long, fossil fuel companies and trade associations have had free rein to sacrifice public health and the environment to the pursuit of profits. We applaud Representative Ro Khanna for calling these executives before Congress to answer for their environmental transgressions. They must be held accountable.

“As governments and private companies have failed to take meaningful climate action, Indigenous and frontline communities have risen to address the crisis. Environmental and human rights defenders, local government leaders, women, and youth have built a global climate movement resisting climate-damaging industries and denouncing the inaction of world leaders. Yet far too often, they are met with violence, oppression, surveillance, and criminalization. I have seen these tragedies play out first-hand in Burma (Myanmar), my native country, and they’re taking place worldwide today.

“We call on the Biden administration to use the upcoming COP26 climate negotiations to focus on those most harmed by the fossil fuel industry–frontline and Indigenous communities. We urge President Biden and U.S. Special Presidential Envoy for Climate John Kerry to announce that the United States will no longer allow coercive tactics — including torture — against those who speak out against climate-damaging extractive projects and will call on other countries to do the same. Police in northern Minnesota used these tactics earlier this year against water protectors protesting the controversial Line 3 oil pipeline project.

“Fossil fuel corporations and trade organizations, aided by policymakers, have pushed the world to the brink of climate catastrophe. We must protect and support the brave climate defenders trying to bring us back from it.” 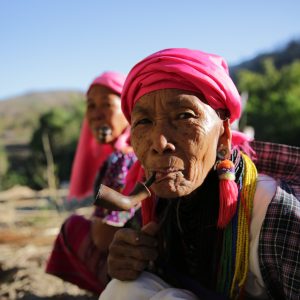 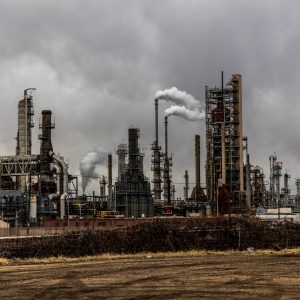