We, the undersigned, are deeply alarmed to learn that the International Finance Corporation (IFC) is considering funding a crony-owned cement factory in Myanmar’s Mandalay Division that relies on the extraction and burning of large amounts of coal. The Shwe Taung Cement Factory is controversial in the extreme and we urge the IFC Board to reject funding for this project on June 8, 2017.

First, financing this project would contradict the IFC’s commitment to support the Paris Agreement by investing in “climate-smart solutions” in emerging economies, as well as its energy sector strategy that restricts the financing of coal-fired power plants. According to a Supplementary Environmental and Social Impact Assessment (ESIA) published in April 2017, the Shwe Taung Cement Factory will require the extraction of 150,000 tons of poor-quality subbituminous coal per year. As the World Bank has pledged not to finance coal power plants in Myanmar due to their devastating environmental, health and climate impacts, it is not clear why the IFC is considering funding this project. The IFC has also failed to subject this investment to coal screening criteria or provide affordable alternatives before bringing this project to Board’s consideration.

The IFC would be better off investing $35 million in loans and equity in a more sustainable sector than the cement industry, which is responsible for 5% of the world’s carbon emissions. The Supplementary ESIA fails to assess the climate impacts of the project. The project would require the expansion of a 3,378 acre coal mine spanning 15 kilometers in Kalewa in Sagaing Division, north-western Myanmar. At the very least, the IFC should only consider investing in cement production that uses alternative fuels instead of coal. The Supplementary ESIA failed even to consider project alternatives, not just in terms of fuel, but for all aspects of the project.

The project also entails the expansion of a large limestone quarry adjacent to the cement plant in Thazi, Mandalay Region. Project affected peoples have reported that the limestone quarry (which uses a drill and blast extraction method) has already devastated the biodiversity rich forest area, and has critically affected their local water sources. Both the limestone quarry and coal mine are located in areas which have been classified as a Critical Habitat in the IFC’s Environmental and Social Review Summary.

The project is likely to have serious additional health and environmental impacts, including the pollution of lands and waters, deforestation, destruction of habitats and livelihoods near the coal mine and factory areas. Both of the project’s sites are within 30 kilometers of protected areas populated with endangered species. The Supplementary ESIA commissioned by IFC falls short in a number of areas, including failing to adequately assess existing pollution levels in project site areas and completely omitting a health impact assessment or any qualitative analysis of social impacts. It fails to consider IFC Performance Standard 7 on Indigenous Peoples as relevant, despite an earlier project EIA from 2014 identifying the presence of multiple indigenous communities in Kyubin village, 3km north of the cement plant site. The Supplementary EIA also fails to consider IFC Performance Standard 8 on Cultural Heritage. It does not provide any reasoning for why these matters were considered irrelevant. This is unsatisfactory and shows a very serious lack of respect for local people, their customs and livelihoods, as well as the IFC’s own standards.

Another serious concern is that the project will profit a notorious crony who made his fortune by cozying up to the former military regime in Myanmar. Aik Htun, who along with his family is the majority shareholder of the Shwe Taung Group, is cited as having “connections with the narcotics trade” and co-owned and was Vice Chairman of bank designated as a “Financial Institution of Primary Money Laundering Concern” by the U.S. Treasury. Financing this project would send the message that the IFC disregards the reputational risks associated with the borrower, and is more interested in lining its pockets and that of Myanmar’s crony elite than promoting sustainable development in accordance with its mandate.

Communities near the cement factory are very concerned about the project. The existing cement plant only employs a total 6 local workers for low-skilled, low paying jobs, despite the existence of over 600 households in two nearby villages. The project has caused a number of land disputes, including bulldozing farmland with no notice and only paying compensation after the fact. Villagers also report that the company has used judicial harassment against farmers who complain about the destruction of their land and resources. The EIA Consultations which were undertaken in an attempt to comply with the IFC Performance Standards, were by villagers’ accounts, farcical. Some villagers reported a 5-minute question and answer session. This undercuts the Shwe Taung Group’s and the IFC’s social license to operate.

At this point in time, we emphasize the sheer irresponsibility of this investment and the multiple ways it undermines the IFC’s commitment to sustainable investment and ‘shared prosperity’ through private sector development. The IFC Board should refuse funding for an environmentally destructive coal-reliant project in a critical biodiversity area, which has caused immense social problems at the local level, and only serves to enrich a businessman with known ties to the former military regime and suspected connections to the narcotics trade. The IFC’s reputation, and the people of Myanmar, deserve better. 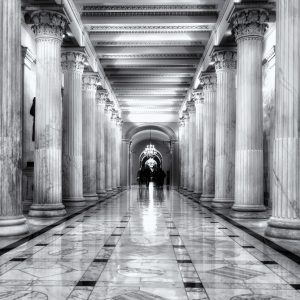 Americans are Concerned About Corporate Power and Abuse; Congress is Not 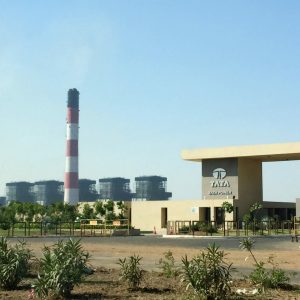