EarthRights International (ERI) today released a new report, “Out of Bounds: Accountability for Corporate Human Rights Abuse After Kiobel,” which examines accountability for human rights abuses in U.S. courts. Focusing on the history, jurisprudence and politics of the Alien Tort Statute (ATS), the report explains how this 200-year-old law became a critical tool in the area of business and human rights – and how a recent decision by the corporate-friendly Supreme Court may shield some multinational corporations from liability and deny justice to their victims.

Out of Bounds charts human rights litigation in U.S. courts from the landmark 1980 case of Filártiga v. Peña-Irala, where the family of Joelito Filártiga used the ATS to sue the man who tortured Joelito to death in Paraguay. A U.S. federal appeals court ruled in favor of the Filártigas, finding that “the torturer has become like the pirate and slave trader before him … an enemy of all mankind.” Another landmark case, Doe v. Unocal, established that corporations could be held accountable under the ATS for their role in heinous abuses; ERI brought suit against Unocal (now owned by Chevron) on behalf of villagers who were tortured, raped, and forced to work for soldiers serving Unocal’s pipeline project in Myanmar (Burma).

In the wake of these landmark cases, the ATS has been used by victims of genocide, torture, war crimes, crimes against humanity, summary execution, and other egregious abuses by individuals and corporations alike. But, as the report discusses, the Supreme Court’s recent decision in Kiobel v. Royal Dutch Petroleum (Shell) may limit future corporate ATS cases. The Court in Kiobel dismissed the case against Shell by creating a new requirement for connections to the United States, finding that a corporation that does business here – which is usually enough for U.S. law to apply – is not subject to accountability in the U.S. for the worst human rights abuses.

ERI’s report makes the case for the ATS, debunks the corporate myths, and most importantly, reminds us what is at stake at this critical juncture by looking at the human faces behind the cases. Lower courts are still trying to figure out how to apply Kiobel; so far, courts have applied very different interpretations.

“Ultimately, the reputation of our legal system is on the line: if justice is truly blind, then our courts cannot allow the world’s most powerful entities to operate above the law.  If corporations are here in the US and deriving rights and profits from their presence here, then certainly they must also be held to our laws that prohibit torture and killing.  The US should not become a safe haven for the ‘enemies of all mankind,’” said Katie Redford, co-founder and Director of ERI.

The true impact of Kiobel remains to be seen, and the details will be litigated months if not years to come. “But it is time to look past Kiobel, and beyond the ATS, and seek new tools to ensure the U.S. fulfills its obligations to hold corporations accountable and provide remedies for victims of human rights abuse,” says Marco Simons, ERI’s Legal Director. “In this age of global corporate presence and influence, we need to ensure that ordinary people and communities are able to stand up for their rights. Kiobel must be the last time that the Supreme Court allows corporate rights to trump human rights.”

EarthRights International (ERI) is a nongovernmental, nonprofit organization that combines the power of law and the power of people in defense of human rights and the environment, which we define as “earth rights.” We specialize in fact-finding, legal actions against perpetrators of earth rights abuses, training grassroots and community leaders, and advocacy campaigns, and have offices in Southeast Asia, the United States and Peru. 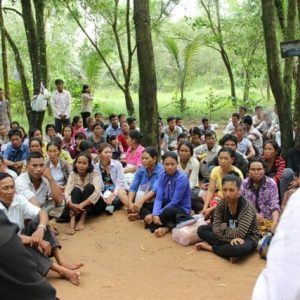 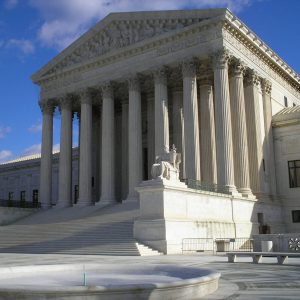