February 7, 2018, Thilawa, Myanmar – Companies responsible for human rights violations in Myanmar’s Thilawa Special Economic Zone have failed their obligations under international business and human rights norms in their newly-launched Thilawa Complaints Management Procedure (TCMP). Thilawa community members have sent the developers of the Special Economic Zone (SEZ) a formal response requesting a negotiation in order to agree on a better grievance mechanism. The letter emphasizes that the communities affected by the SEZ have already spent three years working to develop a collaborative, functional mechanism to address rights abuses. Following up on the letter from the community, ERI has submitted an analysis of the TCMP demonstrating how its design process and content fail to meet the most basic standards of good practice.

“It is a positive step that the companies have finally accepted that the SEZ needs a systematic problem-solving process,” said Katherine McDonnell, Legal Advocacy Coordinator for ERI. “But the TCMP was rushed through without proper due diligence. As a result, it fails to address the community’s concerns about the impacts of the SEZ, and lacks basic criteria such as accessibility, predictability, and legitimacy. A process on paper is not the same as a functioning mechanism. People impacted by the SEZ, some of whom have been waiting over four years for proper remedy, deserve a process that will work.”

The Procedure will be run by Thilawa SEZ Management Committee (TSMC) and Myanmar Japan Thilawa Development Limited (MJTD) and was designed to receive, investigate and resolve affected communities’ concerns regarding SEZ activities. In publishing the TCMP, the developers rejected three years of requests from Thilawa community members to collaborate on a Community-Driven Operational Grievance Mechanism (CD-OGM) to address the impacts of the SEZ. The developers received the formal draft of the full CD-OGM in late 2016, with the request for comments. But in late 2017, they commissioned the design of the new TCMP without proper consultation with community members – neither those who were already working on the CD-OGM nor those who will use the mechanism.

Despite this fact, the community members are still seeking dialogue and compromise with the developers.

“We feel happy that TSMC, MJTD, and JICA finally accept what we have been trying to say – that we need a fair process for remedy in Thilawa,” said Aye Khaing Win, a Thilawa community member involved in the CD-OGM design process. “To be honest, we feel disrespected that they are ignoring us, when we have tried for so long to collaborate, and instead they make this new TCMP. But we still want to try. We hope they will finally listen.”

In their responses to the TCMP, both the Design Committee for the CD-OGM and ERI have noted that by creating a new, competing mechanism, the developers have not only incurred additional expenses and lost relevant information, but have also caused both confusion and distrust in the community.

“Nobody asked us what we think about this TCMP. They only tried to make us understand it, then sign an agreement,” said a community member who requested to remain anonymous due to concerns about retaliation.

“Under the UN Guiding Principles on Business and Human Rights, or UNGPs, a grievance mechanism should be ‘based on engagement and dialogue.’ What has happened here is not just lack of engagement with the affected communities, but an active rejection of engagement,” said McDonnell.

“The TCMP falls short of good practice in the most basic ways,” said McDonnell. “It makes no mention of the UNGPs, an internationally-accepted standard. It doesn’t acknowledge vulnerable groups, who face additional barriers when seeking remedies. The words ‘grievance’ and ‘remedy’ rarely appear at all.”

The analysis notes that the TCMP document is incomplete, with missing annexes, unfinished sentences, and references to content that does not exist. It has only been published online in English, making it inaccessible to the affected communities and nonfunctional. It lacks the level of detail necessary to understand how it will be implemented properly.

In stark contrast to the CD-OGM, which has involved community members in the design and envisions a multi-stakeholder group to run the mechanism, the TCMP would be run entirely by representatives from MJTD and TSMC, without training or oversight, and without addressing their documented history of poor engagement and trust issues with the Thilawa communities.

“One of the most troubling aspects of the TCMP is that it completely lacks oversight and is meant to be run only by internal actors with no training, who will have complete discretion. There are no criteria for any decision-making processes, and no external appeals or monitoring. There is nothing in this document to provide any assurance that it can be implemented in an impartial and consistent way,” said McDonnell. 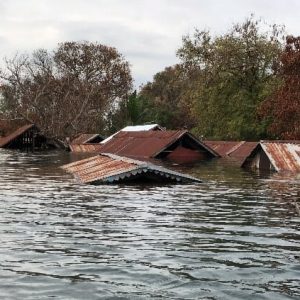 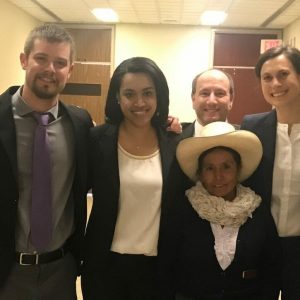