Complaint against the State of Colombia for human rights violations is sent to the Inter-American Court of Human Rights.

November 3, 2020, Washington, D.C. and Lima, Peru–On October 21, the Inter-American Commission on Human Rights sent case number 11.754 U’wa Indigenous People vs. Colombia to the Inter-American Court of Human Rights after finding the State of Colombia responsible for violating the U’wa’s rights to collective property, culture, freedom of thought and expression, participation in government, fair trial, and judicial protection as enshrined in the American Convention on Human Rights. EarthRights International applauds this development.

This landmark victory comes after centuries of resistance and territorial defense. For more than 25 years, the U’Wa Nation has fought for justice in national courts and the Inter-American system, seeking truth, justice, and full reparation for the systematic violations of their rights caused by militarization, the imposition of extractive projects, and the lack of recognition of their ancestral territory, kera shikará.

“For the U’wa Nation, led by AsoU’wa and the traditional authorities, this has been a process of millennial struggle and resistance,” said U’Wa leader Daris Cristancho. “We have lost many leaders who worked tirelessly during this struggle. They endured pain and sadness but never got to see progress. We remember, among others, Lluviana Cobaría, Búsico Tegría, and Abuela Vana, who demanded the recognition of our rights, our culture, and our ancestral territory. We have been stigmatized for asserting our rights through protest and demanding the return of our ancestral and millennial territory. But the U’wa prefer to die with dignity protecting our customs, our cosmovision, and our ability to leave a legacy for our future generations, so that they continue maintaining the sense of life, of harmony, and of balance between mother earth and all that exists in her, safeguarding all the species of the Blue Planet. This purpose is something that we carry in our hearts, not only for and on behalf of the U’wa Nation but also for all of the world’s Indigenous communities and all people (who we call our younger siblings). Because of this, this struggle should be a struggle of all humanity.”

The U’wa Nation is an Indigenous community that has lived for generations in what is now known as the departments of Santander, North Santander, Boyacá, Casanare, and Arauca in Colombia. As a consequence of the internal armed conflict and the effects of extractive industries in their territory, the U’wa Nation was recognized by the Colombian Constitutional Court in 2009’s Decision 004  as an Indigenous group at risk of physical or cultural extermination.

Armando Tegría, president of the Association of Traditional Authorities and Cabildos U’wa (AsoU’wa), referred to this important step by highlighting that despite the “many years of struggle by the U’wa Nation, the national government continues infringing upon our rights. This includes our historical, cultural, territorial, human,  and collective rights, breaking the agreements signed between the U’wa Nation and the Colombian state. We reiterate that now the case of the U’wa Nation will be reviewed, studied, and judged by the Inter-American Court of Human Rights, for the violation of our rights.”

That this case is going to the Inter-American Court also represents an opportunity for the Colombian State to be held responsible at an international level for not complying with its obligations regarding free, prior, and informed consultation and consent by Indigenous people, and for the systematic violation of the rights of ethnic groups and communities in Colombia to ancestral territory and their own culture and identity.

In this sense, the Counsel of Territory, Natural Resources, and Biodiversity of the National Indigenous Organization of Colombia stressed “the importance of the Indigenous movement in Colombia, which asserts the rights of the country’s ancestral people, who have now achieved this important milestone in the international litigation. This victory will highlight the historic struggle carried out by the U’wa–with dignity and courage. The decision by the Inter-American Commission on October 21 reinforces our commitment to supporting the U’wa Nation in their struggle to consolidate their territory and to live following their own traditional  cosmovision and Law of Origin.”

The U’wa Nation, the Association of Traditional Authorities and Cabildos U’wa (AsoU’wa), the National Indigenous Organization of Colombia (ONIC), the José Alvear Restrepo Lawyers Collective (CAJAR), and EarthRights International, as petitioners in this case, reiterate their commitment to the defense and recognition of the territorial rights of the Indigenous peoples of Colombia. The groups hope that the decision of the Inter-American Court will achieve truth, justice, and full reparation in this case and that it contributes to clear standards that enable the effective guarantee of the rights of the Indigenous peoples, who have been waiting for centuries. 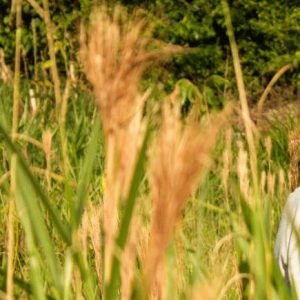 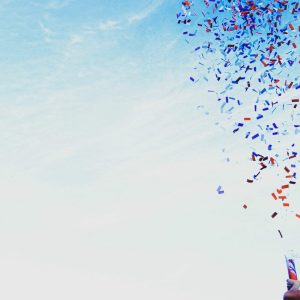