This week, fishing communities and farmers represented by EarthRights International (ERI) asked the D.C. Circuit Court of Appeals to hold the International Finance Corporation (IFC) accountable for its role in funding a destructive coal fire powered plant in India. In March, a federal district court judge dismissed the case after ruling that the IFC, the private lending arm of the World Bank, was entitled to “absolute immunity” from suit and could not be sued.

The communities filed suit against the IFC last year over the loss of their livelihoods and property and threats to their health caused by the IFC-funded Tata Mundra coal-fired power plant in Gujarat, India. The IFC moved to dismiss the case, arguing that it is not subject to the authority of U.S. courts, no matter how harmful or illegal its actions may have been. The district court concluded that it was required to find that the IFC is entitled to absolute immunity based on previous decisions from the D.C. Circuit Court of Appeals.

In their appeal this week, the Plaintiffs argue that recent Supreme Court cases addressing immunity overturned the D.C. Circuit’s decisions and made clear that the IFC was not entitled to the immunity is claimed.  “The IFC’s sweeping claims of immunity are inconsistent with Supreme Court caselaw, and deeply flawed from a policy perspective,” said Michelle Harrison, Staff Attorney at ERI.

From the start, the IFC recognized that the Tata Mundra project was a high-risk project that could have “significant” and potentially “irreversible” adverse impacts on local communities and their environment. Despite knowing the risks, the IFC provided a critical $450 million loan, enabling the project’s construction and giving the IFC immense influence over project design, implementation and operation. Yet the IFC failed to take reasonable steps to prevent harm to the communities and to ensure that the project abided by the required environmental and social conditions for IFC involvement, according to the complaint.

Construction of the plant resulted in displacement of local communities and contributed to saltwater intrusion into the groundwater, destroying vital sources of water used for drinking and irrigation.  Coal ash contaminates crops and fish laid out to dry and has led to an increase in respiratory problems. The plant has destroyed the local marine environment and the fish populations that fishermen like Budha Ismail Jam, a plaintiff in the case, rely on to support their families. “The IFC promises its projects will reduce poverty, but this project has only made things harder for us,” he said. “The IFC must be held accountable for the harm that it has caused. We feel confident that we will prevail in our appeal.”

The Compliance Advisor Ombudsman (CAO), the IFC’s own compliance mechanism, issued a scathing report in 2013, confirming that the IFC had failed to ensure the project complied with the environmental and social conditions of the IFC’s loan. Rather than take remedial action, the IFC responded by rejecting most of its findings, and ignoring others. As the district court noted in its decision, “the CAO is not a court” and it “cannot compel the IFC to right its wrongs, or to provide remedies to individuals who have been harmed by IFC-financed projects.”

The IFC is required to ensure there is broad community support for projects like the Tata Mundra Plant before it can provide financing.  But communities will have little reason to trust the IFC now, according to Dr. Bharat Patel, of the Machimar Adhikar Sangharsh Sangatha (Association for the Struggle for Fisherworkers’ Rights), which is also a plaintiff in the case.  “The CAO found that the IFC had failed to comply with the environmental and social conditions of the loan, but the IFC has failed to take any steps to remedy the harm the communities have suffered,” said Dr. Patel. “Rather than take responsibility, it is trying to hide behind immunity. How can communities trust the IFC to uphold its promises?”

“The IFC believes it is above the law and accountable to no one,” said Ms. Harrison. “Our clients disagree and the law is on their side.” 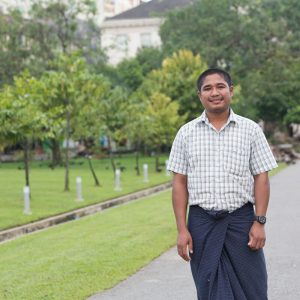 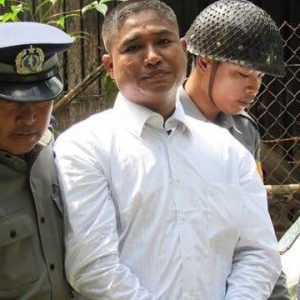