International and Cambodian groups today issued a complaint to the United Nations Special Rapporteur on the Situation of Human Rights in Cambodia raising concerns over human rights violations resulting from the development of two hydropower dam projects in Cambodia. The complaint highlights the Lower Sesan 2 Dam, currently under construction in Stung Treng Province, and the Stung Cheay Areng Dam in Koh Kong Province, which is reportedly close to approval. The complaint calls on the Special Rapporteur to investigate and seek remedial action for existing and imminent breaches of human rights in relation to these projects.

Recent asset surveys by the project developers of the Lower Sesan 2 (LS2) Dam have raised concerns over villagers being pressured and intimidated into agreeing with the surveys and the proposed resettlement plans, which will relocate around 5,000 people.

“Thousands of people’s lives will be devastated and destroyed by this project.  Despite its severe impacts, there has been no transparency in the decision-making and no real consultation with the communities in order for them to express their concerns,” said Meach Mean, Coordinator of the 3S Rivers Protection Network (3SPN), a grassroots organisation which works with the affected communities. “As many of the people who will be impacted by this dam are indigenous, their consent should have been a prerequisite before the government chose to proceed with LS2.”

In the complaint, concerns are also raised over the severe environmental impacts the LS2 Dam is predicted to cause in Cambodia and the region. The Dam will reduce fish biomass by 9.3% across the entire Mekong River Basin and the Tonle Sap Lake and critically endanger more than 50 fish species.[i] In addition, substantial changes to water and sediment flows in the Mekong River and its tributaries will harm fishery and agriculture based livelihoods, extending as far downstream as the Mekong Delta in Vietnam.[ii]

“The LS2 project will jeopardise the food security of hundreds of thousands of people in Cambodia and neighbouring countries”, said Ame Trandem, Southeast Asia Program Director at International Rivers. “Inland fisheries form a primary source of essential dietary protein and the impacts of fishery losses on health and nutrition are likely to be widespread and severe which will undermine development efforts in the region.  As this is one of the worst dams in the region and affected people’s human rights are not being respected, it’s clear that this dam needs to be further investigated and should be cancelled.”

If it proceeds, the Stung Cheay Areng Dam will displace approximately 1500 indigenous inhabitants of the Areng Valley, who have called the area home for over 600 years, destroying their traditions and culture. The project is also expected to have a low electricity output with extremely high environmental costs, wreaking havoc on unique ecosystems and rare and critically endangered wildlife within the pristine valley, which is surrounded by protected forest within the Cardamom Mountains.[iii]

“The Areng communities do not support this project”, said Lyneth Sar, a Legal Assitant with Samreth Law Group. “They have not received any information or opportunity for dialogue from the government or the developing companies. As indigenous people they are entitled to free, prior and informed consent under international law and they have been actively defending their rights through peaceful demonstrations.”

The Cambodian government is in the process of scaling up hydropower development in the country, with a number of large dam projects already complete and numerous other projects proposed. While hydropower dams can bring economic and other benefits, they also carry significant risks.

“Cambodia currently lacks an adequate legal framework for the development of large-scale hydropower projects,” said Maureen Harris, Legal Advisor to EarthRights International. “In particular, this includes the social and environmental safeguards that are essential to protect against potentially devastating impacts on the environment and human rights. The Cambodian government and project developers must ensure such safeguards are in place and adhered to before making decisions or proceeding with these risky and potentially damaging projects. We hope this complaint to the UN will result in the Cambodian government taking proactive steps towards ensuring that only sustainable dam projects that respect the human rights of affected people are built.”

Read more on this story in our blog about these projects.

EarthRights International (ERI) is a nongovernmental, nonprofit organization that combines the power of law and the power of people in defense of human rights and the environment, which we define as “earth rights.” We specialize in fact-finding, legal actions against perpetrators of earth rights abuses, training grassroots and community leaders, and advocacy campaigns, and have offices in Southeast Asia, the United States and Peru. More information on ERI is available at https://www.earthrights.org.

Samreth Law Group (SLG) is a public interest law firm based in Cambodia. SLG provides advice and representation to individuals and communities involved in land and other natural resource disputes or other matters of a public interest nature. SLG aims to establish public interest legal advocacy as a viable component of the legal profession in Cambodia, and to instil a culture in which legal norms are valued and implemented. More information on SLG is available at: http://www.samrethlawgroup.com/.

3S Rivers Protection Network (3SPN) is a local coordinating body representing thousands of indigenous people living along the Sesan, Srepok and Sekong Rivers in Cambodia.  We work in close collaboration with many partners locally, nationally and internationally in order to restore the socio-economic and environmental situation and the rights of indigenous people along the 3S rivers that have been negatively affected by hydropower dam development. 3SPN was officially registered in 2005 with Cambodia’s Ministry of Interior. More information on 3SPN is available at: http://www.3spn.org/.

The Lower Sesan 2 Dam is located just below the confluence of the major Sesan and Srepok tributaries and about 25km from the Mekong River. Pre-construction activities on the project are already underway. Substantive construction of the dam will commence in January 2015 and closure of the river is expected to be complete by the same month. According to plans for the project, substantive construction will take 35 months. The Lower Sesan 2 Dam is being developed by a consortium of Chinese, Cambodian and Vietnamese companies, including China’s Hydrolancang International Energy Co. Ltd and Cambodia’s Royal Group. When complete, the dam will be approximately 75m high and 8km long, creating a 33,560 hectare reservoir, with a generating capacity of 400 MW. More than 5,000 people, most of whom are indigenous, will be forcibly resettled if the project proceeds.

The proposed 108MW Stung Cheay Areng Dam is located in the Cardamon Mountains, surrounded by an expanse of protected tropical forest. The area houses rich ecosystems and numerous rare and endangered species, including Siamese crocodiles, Royal Turtles and Asian tigers. The project would displace around 1500 Chorng (Khmer Daeum) indigenous people, who have lived in the area for at least 600 years and consider it their ancestral homeland. The Stung Cheay Areng Dam has been under study since 2006 and two previous project developers have withdrawn from the project. In late 2013, Sinohydro Resources, a subsidiary of Powerchina, received a concession in order to begin studying and investing in the project.

[i] Ziv, Guy; Baran, Guy Eric; Nam, So; Ignacio Rodríguez-Iturbe, Ignacio and Levin, Simon A.; ‘Trading-off fish biodiversity, food security, and hydropower in the Mekong River Basin’ Proceedings of the National Academy of Sciences of the United States of America, 28 January 2012. 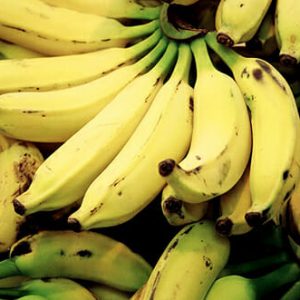 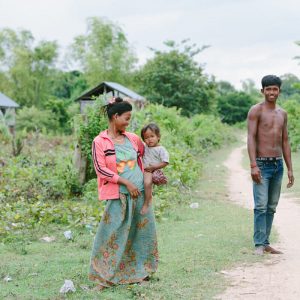 Say No to the Don Sahong Dam Project