The National Human Rights Commission of Malaysia (SUHAKAM) has published the outcome of a groundbreaking complaint against Malaysian company Mega First Corporation Berhad for the construction of the Don Sahong Dam in Lao PDR in their newly released 2015 Annual Report. The complaint, filed by a coalition of communities and local and international NGOs in October 2014, sought an investigation into the transboundary environmental and social impacts of the Don Sahong Dam on Thai and Cambodian communities. The project threatens devastating losses to fish catch – the communities' primary source of food and livelihoods. The complainants asked SUHAKAM to conduct an inquiry into the project and require Mega First to comply with national and international human rights standards, including the responsibility to respect community rights to life and livelihoods and to meaningfully consult with those affected by the project.

SUHAKAM initially accepted the complaint and conducted separate meetings with Mega First, but ultimately concluded in its report last week that it lacked the mandate to investigate a transboundary case and therefore could not proceed further with the inquiry. Although SUHAKAM decided that they could not investigate, they issued recommendations to both the Malaysian government and Mega First on the human rights and environmental impacts of companies operating abroad:

The communities faced with immediate threats to food and livelihoods are left with little means of recourse. Mega First, in developing the dam, failed to conduct adequate baseline and environmental impact studies of the project's transboundary impacts, and to demonstrate that plans for fish passage facilities and other measures will be effective in mitigating the harm. Nor did the company provide information or conduct meaningful consultation on the project's impacts with affected communities in Cambodia, Thailand and Vietnam. Many of the villagers in Cambodia knew nothing about the dam just across the border until plans for the project were well advanced.

"We are saddened by SUHAKAM's decision not to investigate further, but we will continue to fight against the project," commented Mr. Huot Seng, a community member of Loe village in Preah Romkel commune, Stung Treng province, Cambodia, who participated in filing the complaint in 2014. "The ongoing construction has already caused harm to local fisheries and Irrawaddy dolphins. We firmly maintain our position that Mega First should suspend the project and immediately start respecting our rights".

"While we are disappointed that SUHAKAM concluded that it had no mandate to conduct a full inquiry, these recommendations are an important lever for ensuring that Mega First, as well as other Malaysian companies, fulfill their human rights obligations regardless of where they operate," says Tanja Venisnik, Mekong Legal Coordinator at EarthRights International.

SUHAKAM's challenges in addressing a transboundary complaint highlight the difficulties for communities in the region affected by cross-border investments and the chronic lack of accountability surrounding such projects, especially where legal safeguards in the host state are weak. Increasing intra-regional investment means there is an urgent need to strengthen the mandate of national and regional bodies, including human rights institutions, to fill this gap.

"To ensure compliance with human rights standards, as recommended by SUHAKAM, Mega First should immediately suspend the project until appropriate baseline studies are conducted and made public, transboundary impacts are assessed and mitigation measures shown to be effective," says Maureen Harris, Southeast Asia Program Director at International Rivers. "Mega First should also ensure meaningful consultations with affected communities – including those in neighboring countries – in order to understand and take into account the dam's impacts on local people."

Construction of the Don Sahong Dam started in January and the impacts on communities are imminent. Reports show that excavation has now begun on the Hou Sahong channel of the Mekong River  – the main channel enabling year-round fish migration up and downstream. Once this channel is blocked to make way for the dam, it will cause irreversible harm to regional fisheries, with immediate impacts on communities just two kilometers downstream across the border in Cambodia. But the damage will extend much further. Hundreds of thousands of people across the Lower Mekong Basin depend on the long-distance migratory fish species that will be destroyed by the Don Sahong Dam, seriously threatening the food security, livelihoods, health and well-being of local people in Laos, Cambodia, Thailand and Vietnam.

The Don Sahong Dam also likely spells the end for the last remaining population of critically endangered Irrawaddy dolphins at Khone Falls. The iconic dolphins are of immense cultural importance to people in the area and form the backbone of the local eco-tourism industry, providing critical income to communities in Laos and Cambodia.

The coalition who filed the complaint calls on the Malaysian government to enact SUHAKAM's recommendations; and to adopt and implement legal frameworks and policies around Malaysian outbound investment. The Malaysian government has a responsibility to ensure that the companies under its jurisdiction are held accountable for their actions and the human rights impacts of their activities regardless of whether they are operating at home or abroad. 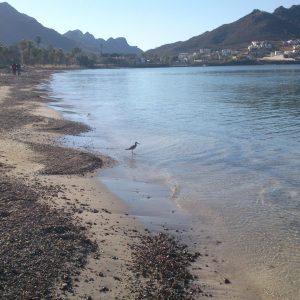 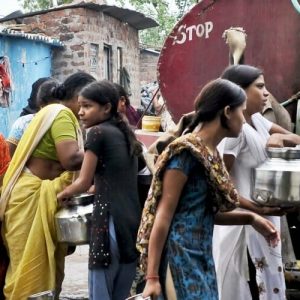