EarthRights International (ERI), together with Peruvian subsistence farmer Máxima Acuña Atalaya de Chaupe and her family, have filed a motion for a preliminary injunction in Delaware federal court against Newmont Mining Corporation and two of its corporate affiliates.

For over six years, Newmont has led a campaign of harassment and abuse against the family intended to force them off their land and pave the way for a new open pit gold mine in Peru, one of the largest in Latin America. The Chaupes filed a civil lawsuit in September with the same Delaware court. The threats to the Chaupe family have also been recognized by the Inter-American Commission on Human Rights, which granted “precautionary measures” that require the Peruvian government to keep them safe.

But roughly one month after the lawsuit was filed, the security personnel of Newmont’s Peruvian affiliate, Minera Yanacocha, invaded the Chaupes’ farm and destroyed their potato crops, once again eliminating a source of food and income for the family. Newmont has shown no signs that it will stop the harassment anytime soon.

The pattern of abuses along with the recent invasion has forced the family to seek a court order to stop the campaign of intimidation. Today’s motion aims to protect the family while the federal court considers the family’s claims against Newmont in the U.S., and Peruvian courts resolve the underlying land dispute. If the judge grants the motion, Newmont and its affiliates will be ordered to stop physically and psychologically harassing the family and invading the family’s farm, known as Tragadero Grande.

“Even though we filed a lawsuit last month, Newmont and their security forces have continued to harass Maxima Acuña de Chaupe and her family. We have filed this motion to ask the court to stop the intimidation so the Chaupe family can peacefully live on and farm off their land. Newmont must respect their right to be left alone and stop its goons from harassing and attacking this family.”

“We are seeking justice through the preliminary injunction because we want the company to respect our rights and to stop harassing us in Tragadero Grande and the Cajamarca region where the company’s personnel are persecuting us. We are not free.”

“Clearly, we need the preliminary injunction because the company continues to enter the territory and psychologically abuses us and it is not fair for them to continue doing that. The Peruvian justice system does nothing. Our lives are not safe, our whole family’s lives are not safe. We are risking that one of my family members will disappear because every day we are in danger and they do not let us sow [our seeds] and we need to have security.”

“The case is a symbol of the struggle to defend my rights as a citizen and prevent future threats from foreign companies.”

The Chaupes are subsistence farmers who reside in the rural highlands of Cajamarca, Peru. They have cultivated crops and raised livestock on a plot of land known as Tragadero Grande for over twenty years. In 2011, agents of Newmont Mining Corporation attempted to forcibly oust the plaintiffs from their farm so that Newmont could expand their gold mining operations. Since then, Newmont’s agents have used harassment and violence to try to evict the plaintiffs from their farm. The Chaupes allege that they have been physically attacked and threatened, and that Newmont’s agents have destroyed their property and possessions, and killed or attacked their pets and livestock. They allege that Newmont has the power to cease these abuses but has declined to do so because the Chaupes stand in the way of Newmont’s plans to construct a massive gold mine.

The U.S. federal lawsuit filed in September, and the additional motion filed today, seek to stop a pattern of harassment and physical and psychological abuse that the Chaupe family has suffered at the hands of security personnel working on behalf of Newmont and its corporate affiliates. Newmont, a U.S. mining company incorporated in Delaware, is one of the world’s largest gold producers. 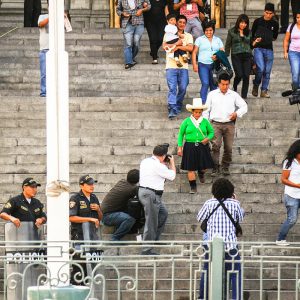 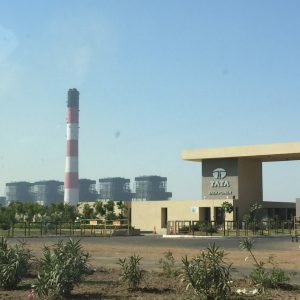