Washington, D.C.– A fishing and farming community in Gujarat, India will challenge a ruling from a federal judge in the District of Columbia that the International Finance Corporation (IFC) – part of the World Bank Group – is immune from being sued for damages inflicted by a coal-fired power plant that it negligently funded. EarthRights International represents the community, which first filed the Jam v. IFC suit in 2015, and won a decision from the U.S. Supreme Court last year that the IFC does not have “absolute” immunity to all lawsuits. On Friday evening, United States District Judge John D. Bates again granted the IFC’s motion to dismiss, finding that the IFC is immune under the facts of this case.

The construction and operation of the 4,150MW power plant along the Gujarat coast is harming livelihoods and destroying the natural resources that generations of local families have relied on for fishing, farming, salt-panning, and animal rearing. The plaintiffs originally tried to raise their concerns through the IFC’s internal grievance mechanism, but when the IFC’s leadership ignored the grievance body’s conclusions, they filed suit in the United States as a last resort.

“We are disappointed by the decision, but are determined to take this fight ahead,” said Budha Ismail Jam, a plaintiff in the case. “To save our livelihoods and protect our environment for future generations, we do not see any other way. We know we are up against a wealthy and powerful institution, but we are determined to make our voices heard. We will continue to seek justice.”

“Instead of wasting time and money in court, the IFC should use its considerable resources to restore the environment and livelihoods of those negatively affected by this power plant,” added Bharat Patel, the head of the local fishermen’s organization, Machimar Adhikar Sangharsh Sangathan (Association for the Struggle for Fisherworkers’ Rights) (MASS), which is a plaintiff.

“Shame on the IFC and the World Bank Group for hiding behind technical and legal loopholes when there is clear evidence that they harmed the very people they are chartered to help,” said Joe Athialy, of the Centre for Financial Accountability in India. “Instead, they should admit fault and take responsibility for the damages.”

“The IFC refuses to be held accountable for the damages this plant is inflicting upon farmers and fishers in Gujarat, but no institution is above the law,” added Richard Herz, Senior Litigation Attorney at EarthRights. “Even the IFC’s own accountability mechanism criticized the IFC’s role in the project, finding myriad failures. The IFC has not denied causing harm, and it is unconscionable that it would claim immunity when it harms local people.”

Jam v. IFC marks the first time project-affected communities have taken legal action to hold an international financial institution like the IFC accountable for funding and enabling a harmful project. On February 27, 2019, in a historic 7-1 decision, the U.S. Supreme Court decided that international organizations like the World Bank Group can be sued in U.S. courts in certain cases. In Friday’s decision, however, Judge Bates decided that the Jam case does not qualify, because, he ruled, it is not “based upon a commercial activity carried on in the United States.” 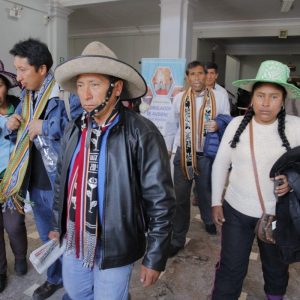 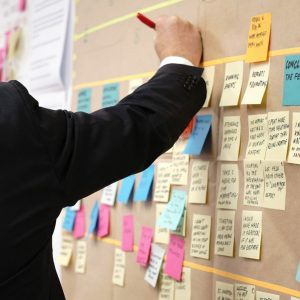