May 16, 2018, Cajamarca, Peru -Today, with their lawyers from EarthRights International and Instituto de Defensa Legal, communities affected by the Chadín 2 Hydroelectric Project filed a constitutional request for protection in Peru to guarantee their fundamental rights through the protection of the Marañón River and its rich biodiversity, declaring its Environmental Impact Assesment (EIA) invalid.

The project will create energy by damming the waters of the Marañón River, whose reservoir will have an area of 32.5 square kilometers and will flood the surrounding lands. This would displace at least 1,000 people living in Cajamarca and Amazonas, resulting in the irreparable damage to their ecosystem.

The construction of this dam is part of a larger mega project that includes more than 20 planned dams on the Marañon River, which is one of the major tributaries of the Amazon River.

“Mining and hydroelectric companies have come to do business in our territory and they threaten our existence, our ways and ways of life. These projects do not bring development as we have been told. These projects have been approved with serious signs of corruption of politicians and the company Odebrecht and should be canceled.”
-Milton Sánchez Cuba, Inter-institutional Platform Celendina

“This lawsuit highlights the very real threats the farming communities affected by the Chadín 2 Hydroelectric Project are experiencing. This project will irreversibly affect their right to life, health, and balanced environment. In addition to seeking protection for the communities, the lawsuit also aims to recognize the Marañón River as having rights, and in this way avoid any other violation to the richness of the ecosystem and the communities that depend on the river.”
-Juliana Bravo Valencia, EarthRights International

“Rivers are not only water channels, they are living ecosystems with different living and non-living elements, interwoven in cycles and rhythms of production and decomposition. The problem is that dams impede the passage of sediments, which serve as the starting point of the fish food chain. Sediments fertilize the lands where the indigenous people and rural communities grow crops/ There have been no studies that have established the impact of the dams on the sediments of the Marañón River/ The EIA of this project has been severely questioned due to its deficient processing. This project must be stopped because we really don’t know what the impacts of Chadín 2 on the Marañón River will be.”
-Juan Carlos Ruiz Molleda, Legal Defense Institute

“The affected communities only want to live in peace, we want to have our rights respected, our worldview, and our ancestral way of life recognized in our Constitution. We file this lawsuit because with the Chadín 2 hydroelectric project, like other hydroelectric projects, rights are violated, such as the right to live in our territory, the right to a healthy environment. It is our land, our river, our home, we have the duty to protect it to preserve our culture, to leave a better world to the next generations. We do not want profit to be above people, never again.”
-Ula Zelada, President of Unión Marañon

The Chadín 2 Hydroelectric Plant is one of more than 20 hydroelectric projects planned on the Marañón River in Peru. In 2011, the Peruvian government declared the project of national interest and in 2014, the Ministry of Energy and Mines granted it the concession of the project and approved its EIA.

In 2010, the Brazilian company Odebrecht made a feasibility study for the construction of the Chadín 2 dam, through its subsidiary AC Energía S.A, to which Odebrecht transferred the temporary project concession. The dam has an Environmental Impact Assessment that was approved by the Ministry of Energy and Mines in 2014. 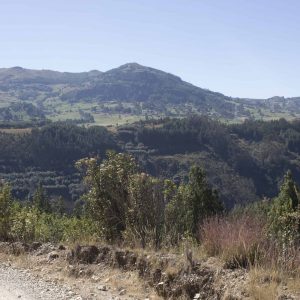 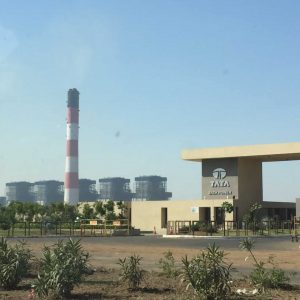