Lawsuit is part of broader corporate campaign to silence critics

December 21, 2018, Bismarck, ND—Krystal Two Bulls, an Oglala Lakota and Northern Cheyenne U.S. army veteran and environmental and Indigenous rights activist, today urged a federal court to dismiss a racketeering lawsuit filed against her for her role in standing for land, water, and her People against the Dakota Access Pipeline. Energy Transfer Partners, the company building the controversial pipeline at the Standing Rock Indian Reservation, sued Ms. Two Bulls, adding her to its already sprawling case after a judge dismissed two other defendants and ordered Energy Transfer to file a new complaint. The Center for Constitutional Rights (CCR) and EarthRights International (ERI), two members of the newly formed Protect the Protest task force, represent Ms. Two Bulls in federal court in North Dakota.

Energy Transfer and its lawyers – Kasowitz Benson Torres LLP, which has repeatedly represented Donald Trump—principally alleges that Ms. Two Bulls made statements encouraging people to protest at Standing Rock and served as a liaison between the protesters and the press and public, all of which is clearly protected by the First Amendment.

Today’s filing also argues that the case against Ms. Two Bulls should be dismissed because Energy Transfer missed the deadline for serving her with a copy of the complaint and misled the court with claims that she was hiding from them. Energy Transfer lawyers filed a sworn declaration with the court, claiming Ms. Two Bulls was evading service by moving between hotels using an assumed name, when in fact a quick Google search leads to her mailing address of 20 years.

“As an Indigenous woman, a veteran and environmental and indigenous rights activist, I take my responsibility as an original steward of this land seriously. Energy Transfer continues to violate Mother Earth, disregard the Rights of Indigenous Peoples, and are now trampling on my constitutional rights,” said Ms. Two Bulls. “This whole case is about silencing and intimidating those who stand for what is right and just. I will not be silenced or intimidated.”

“Missing the deadline to serve Krystal is just the latest sloppy episode in this incompetently-litigated case,” said CCR Senior Managing Attorney Shayana Kadidal. “It’s one thing to not understand the First Amendment and what activists are free to do under it, but it’s a different level to have 90 days to serve someone whose address is on Google and still blow the deadline.”

Energy Transfer’s lawsuit is an example of a SLAPP—a strategic lawsuit against public participation. SLAPPs masquerade as legitimate lawsuits, but are in fact a tactic used by corporations to intimidate and silence environmental and indigenous rights activists and others. Energy Transfer originally sued Greenpeace and others, but ERI succeeded in getting claims against BankTrack dismissed in July, and the Center for Constitutional Rights succeeded in getting the claims against Earth First! dismissed in August. The judge ordered Energy Transfer to rewrite its claims against Greenpeace, which has also filed a motion to dismiss.

“Energy Transfer failed in its first attempt to use the law against activists who have criticized its pipeline, and now it’s trying to silence Krystal for protecting land, water, and her People,” said Marco Simons, ERI’s General Counsel. “They should be ashamed of this tactic, and we have no doubt that it will backfire on the company and its lawyers.”

Despite failing to suggest that Ms. Two Bulls has committed any crimes, the lawsuit invokes the Racketeer Influenced and Corrupt Organizations Act, or RICO, a law enacted to target organized crime. It is one of two RICO cases filed by the Kasowitz firm; the other, Resolute Forest Products v. Greenpeace, has already been dismissed once by a federal court. 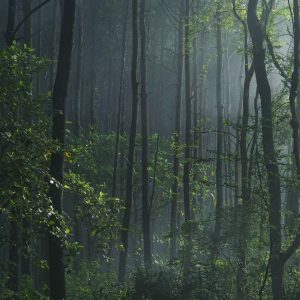 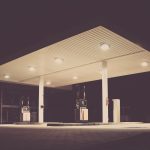