September 19, 2017, Wilmington, DE & Cajamarca, Peru – EarthRights International (ERI), together with Máxima Acuña Atalaya de Chaupe and her family, have filed a lawsuit in Delaware federal court against Newmont Mining Corporation and three of its corporate affiliates. The lawsuit seeks to stop a pattern of harassment and physical and psychological abuse that the Chaupe family has suffered at the hands of security personnel working on behalf of Newmont and its corporate affiliates. Newmont is a U.S. mining company and one of the world’s largest gold producers.

The Chaupes are subsistence farmers who reside in the rural highlands of Cajamarca, Peru. They have cultivated crops and raised livestock on a plot of land known as Tragadero Grande for over twenty years. According to the complaint, this all changed in 2011 when agents of Newmont Mining Corporation attempted to forcibly oust Plaintiffs from their farm so that Newmont could expand their gold mining operations. Since then, Newmont’s agents have used harassment and violence to try to evict Plaintiffs from their farm. The Chaupes allege that they have been physically attacked and threatened, and that Newmont’s agents have destroyed their property and possessions, and killed or attacked their pets and livestock. They allege that Newmont has the power to cease these abuses but has declined to do so because the Chaupes stand in the way of Newmont’s plans to construct a massive gold mine.

“Apart from these physical attacks, we have suffered emotionally and psychologically. Our dignity and reputation has also suffered,” says Máxima Acuña de Chaupe. “We seek justice against Newmont in the United States to end these abuses and to obtain recognition of the harms we have faced.” Máxima Acuña de Chaupe is also a 2016 Goldman Environmental Prize winner for South and Central America.

In 2011, Newmont’s Board of Directors approved full funding for Conga, a controversial US$4.8 billion mining project, which engendered strong local opposition – including from the Cajamarca Regional Government – due to concerns about the mine’s impacts on local water supplies. For years, the surrounding communities have organized and held nonviolent protests against Conga.

The protests have been met with violent repression by the Peruvian National Police (PNP), under contract to Newmont’s local affiliate. Two particularly violent episodes occurred in November 2011 and July 2012, when the PNP seriously injured several protestors – including another ERI client, Elmer Campos – and killed five including a sixteen-year-old boy. Although the Conga project has been temporarily suspended due in part to the opposition of local communities, the Chaupes remain an immovable obstacle: their family farm lies in the path of the mine’s proposed operations.

“We have filed this lawsuit to stop the intimidation so the Chaupe family may peacefully live on and farm off their land,” said Marco Simons, General Counsel at ERI. “Newmont must respect their right to be left alone and stop its goons from harassing and attacking this family.”

In addition to EarthRights International, the plaintiffs are represented by Delaware lawyer Misty Seemans, in a pro bono capacity. The case number is 1:17-cv-01315-UNA. 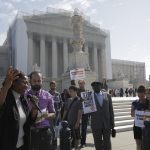 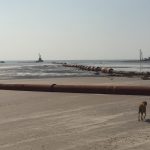