February 9, 2018 – EarthRights International (ERI), with plaintiff Máxima Acuña Atalaya de Chaupe in attendance, argued to a U.S. Federal Court today that it should keep their case against Newmont Mining Corporation (which is incorporated in Delaware) in the United States.

For over six years, Newmont has led a campaign of harassment and abuse against the family intended to force them off their land and pave the way for a new open pit gold mine in Peru, which would be one of the largest in Latin America. The Chaupes filed a civil lawsuit in September. The lawsuit seeks to stop the physical and psychological abuse that the Chaupe family has suffered at the hands of security personnel working for Newmont and its corporate affiliates. Newmont is a U.S. mining company and one of the world’s largest gold producers.

In the fall of 2017, Newmont filed a Forum Non Conveniens motion, stating that the case should be heard in Peru, not the United States, claiming it is inconvenient for them to litigate the case in Delaware even though that is where they are incorporated. The family and their lawyers oppose transfer, because the Chaupes are unlikely to get a fair trial in Peru, given Newmont’s corruption of local courts.

“My hope is that this court will look at all the evidence and that there will be justice. Newmont is in this country and here is where they have control from. I want to live in peace. Of course I will keep fighting.” – Máxima Acuña Atalaya de Chaupe, Plaintiff

“We came here because the courts in Peru are corrupt and Newmont has corrupted them. The people at Newmont in the United States are green lighting these abuses. That is why we are here.” – Marissa Vahlsing, EarthRights International Attorney

The Chaupes are subsistence farmers who reside in the rural highlands of Cajamarca, Peru. They have cultivated crops and raised livestock on a plot of land known as Tragadero Grande for over twenty years. In 2011, agents of Newmont Mining Corporation attempted to forcibly oust the plaintiffs from their farm so that Newmont could expand their gold mining operations. Since then, Newmont’s agents have used harassment and violence to try to evict the plaintiffs from their farm. The Chaupes have been physically attacked and threatened, and Newmont’s agents have destroyed their property and possessions, and killed or attacked their pets and livestock. They allege that Newmont has the power to cease these abuses but has declined to do so because the Chaupes stand in the way of Newmont’s plans to construct a massive gold mine.

The U.S. federal lawsuit filed in September seeks to stop a pattern of harassment and physical and psychological abuse that the Chaupe family has suffered at the hands of security personnel working for Newmont and its corporate affiliates. Newmont, a U.S. mining company incorporated in Delaware, is one of the world’s largest gold producers. 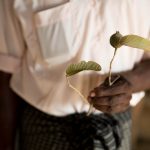 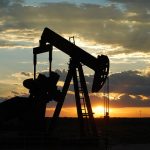