November 28, 2018, Washington D.C. —Five years ago, the U.S. Supreme Court ruled that victims of human rights abuses in Nigeria could not use the U.S. courts to seek justice against Shell, which allegedly conspired with the Nigerian military regime to suppress opposition. Today, those victims return to the Supreme Court, asking for assistance in pursuing their case against Royal Dutch Shell in the Netherlands—where the court previously said they should be suing. They seek to use the evidence already developed in U.S. court to help their case in the Dutch court.

EarthRights International (ERI) filed a petition for certiorari with the Supreme Court today, seeking to overturn a decision that prevents Esther Kiobel from using the evidence from years of U.S. litigation to seek justice in the Netherlands. In January 2017, a federal district court in New York had granted Ms. Kiobel’s petition to use these documents, but the Second Circuit Court of Appeals reversed this ruling in July 2018.

Ms. Kiobel and others originally sued Shell in U.S. federal court in 2002, alleging that the oil company was complicit in the execution of the “Ogoni Nine,” activists who sought to assert the rights of the Ogoni people in Nigeria in the 1990s and were met with brutal repression. After more than 10 years of litigation, the Supreme Court dismissed her case in 2013, ruling that the case did not have sufficient connections to the United States but that it might be appropriate to hear the case in the Netherlands.

Ms. Kiobel proceeded to do just that, suing Shell in Dutch court in 2017. To avoid considerable wasted effort, ERI represented her as she sought to use the evidence from the U.S. litigation for the Dutch suit. U.S. courts routinely allow this, because a U.S. law known as the Foreign Legal Assistance Statute encourages this kind of assistance. The district court agreed, granting Ms. Kiobel’s discovery petition.

The Second Circuit, however, issued an unprecedented ruling denying this discovery. The court focused on the fact that the documents are in the hands of Shell’s New York-based law firm, Cravath, Swaine, & Moore LLP, even though Cravath admits that the documents are not covered by the attorney-client privilege. In fact, Ms. Kiobel had access to the very same documents during the U.S. litigation.

For the past 20 years, ERI has worked with Ogoni communities from Nigeria to demand accountability for Shell’s complicity in human rights abuses against non-violent activists, including the Ogoni Nine. Ms. Kiobel’s late husband, Dr. Barinem Kiobel, was one of the Ogoni Nine, and she has spent the better part of two decades seeking justice from Shell.

“I have been fighting, without equal power, against one of the largest oil companies in the world for a very long time. I am used to setbacks through the U.S. courts. And to Shell doing whatever it can to stop the truth from being told.  I will continue to fight against Shell to hold them accountable for the death of my husband.”

“The Supreme Court ruled in 2013 that Ms. Kiobel should not be suing Shell in the United States, so she took her case to the Netherlands, where Shell is headquartered. But if the U.S. courts also prohibit her from using the evidence already developed, that would send the message that the problem is not where she chose to sue – the courts simply don’t want human rights victims to be allowed to sue major multinationals at all. The Supreme Court should correct this error and make clear that such victims are entitled to the ordinary assistance of the U.S. legal system.”

“Ms. Kiobel remains committed to pursuing justice through the Dutch legal system, but it would be a shame if the evidence developed in years of U.S. litigation could not be used to assist her case. That would be a highly inefficient result.”

In 1995, nine men were hanged by the Nigerian military government, following deeply unfair trials that were widely condemned by the international community. Their deaths were the culmination of the military’s bloody campaign to crush community protests against environmental devastation caused by the oil giant Shell in the oil-rich territory of the Ogoni people in the Niger Delta. This campaign included killings, torture and rape, and victims alleged that Shell was complicit in this violence.

After the arrests of the Ogoni Nine, as they became known, at least two prosecution witnesses came forward to say that they had been bribed by the government to incriminate the accused in the murder of four Ogoni chiefs. According to these witnesses, the bribes included offers of jobs at Shell.

The plaintiffs in the Kiobel case, including Esther Kiobel, never had a chance to present their evidence that Shell was responsible for the abuses. In June 2017, Ms. Kiobel, along with three other widows of the Ogoni Nine, initiated a new lawsuit against the company in the Netherlands. The Dutch courts may be her last hope of obtaining justice. 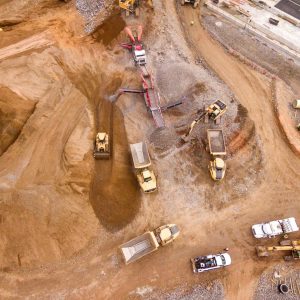 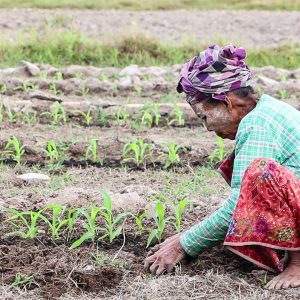