January 28, 2019 – On Friday, Krystal Two Bulls, an Oglala Lakota and Northern Cheyenne organizer, urged a federal judge to dismiss a racketeering lawsuit filed against her by Energy Transfer, the company behind the controversial Dakota Access Pipeline, for her participation in efforts to stop the pipeline. She is represented by attorneys withEarthRights International and the Center for Constitutional Rights who argue the lawsuit is frivolous and aimed at intimidating pipeline critics into silence.

According to the filing, although Energy Transfer has failed to allege any unlawful behavior by Ms. Two Bulls, the company seeks to hold her liable under the federal anti-racketeering law for millions of dollars of supposed damages from the protests.

Her attorneys say Ms. Two Bulls has been sued for exercising her constitutionally protected rights while participating in protests against the pipeline. Energy Transfer has filed lawsuits against numerous protesters, activists, and organizations since 2017. The federal court has thrown out several of the claims, but the company continues to broaden the case by naming more defendants.

“Energy Transfer is abusing the U.S. legal system in an attempt to silence its critics and deter concerned citizens from exercising their constitutional rights to free speech,” said Marco Simons, General Counsel for EarthRights International.

Two Bulls’ lawyers say Energy Transfer’s lawsuit is a textbook example of a “strategic lawsuit against public participation” – or SLAPP – a form of legal bullying. The goal of a SLAPP is not to win, but to burden the defendants with costly and time-intensive litigation procedures, while creating a chilling effect that discourages others from speaking out.

Energy Transfer responded to the motion to dismiss the claims against Ms. Two Bulls by insisting, “This action is not an effort to use corporate power to bully or suppress dissent, and it is certainly not an effort to interfere with the rights of indigenous peoples or to dissuade them from expressing their views.”

Rachel Meeropol, senior staff attorney at the Center for Constitutional Rights, responded: “Methinks the lady doth protest too much.”

The Dakota Access Pipeline transports crude oil from the Bakken fields in North Dakota to terminals in Illinois, passing along the lands of the Standing Rock Sioux Tribe.

In 2016, a number of environmental and social justice groups began a campaign to stop the pipeline, citing the health and safety dangers that the project posed to nearby communities. The Standing Rock camp grew from a few protesters to a movement of thousands.

In August 2017, Energy Transfer sued BankTrack (a Dutch nonprofit organization) and three Greenpeace entities, as well as the EarthFirst! movement, alleging that their opposition to the controversial Dakota Access Pipeline amounted to racketeering under the Racketeer Influenced and Corruption Organizations (RICO) Act.

In December 2018, Energy Transfer sued Krystal Two Bulls. Ms. Two Bulls is an Oglala Lakota/Northern Cheyenne woman, a veteran of the U.S. Army, and was actively involved in resisting the Dakota Access Pipeline. Energy Transfer alleged that her participation opposing the controversial pipeline amounted to “racketeering” under the RICO statute.

The federal court has dismissed the claims against BankTrack and EarthFirst!, and has ordered the company to re-draft its allegations against the Greenpeace entities.

Energy Transfer’s SLAPP is the second recent attempt by a company to use RICO laws in an attempt to silence its critics. Another, unsuccessful lawsuit by logging company Resolute Forest Products made similar allegations against five environmental defenders as well as the organizations Stand.earth and the same three Greenpeace entities. Last week, a federal judge dismissed all of the RICO claims and most of the company’s other claims in that lawsuit.

The New York City-based law firm of Kasowitz Benson Torres LLP represents both Energy Transfer and Resolute in these cases.

Additional information on the SLAPP lawsuit targeting Krystal Two Bulls is available at:

EarthRights International case page and on the Center for Constitutional Rights case page.

Further information on SLAPP lawsuits targeting activists is available on the website of the coalition Protect the Protest: https://www.protecttheprotest.org/.

EarthRights International is a nongovernmental, nonprofit organization that combines the power of law and the power of people in defense of human rights and the environment, which we define as “earth rights.” We specialize in fact-finding, legal actions against perpetrators of earth rights abuses, training grassroots and community leaders, and advocacy campaigns, and have offices in Southeast Asia, the United States and Peru. More information is available at http://www.earthrights.org.

The Center for Constitutional Rights works with communities under threat to fight for justice and liberation through litigation, advocacy, and strategic communications. Since 1966, The Center for Constitutional Rights has taken on oppressive systems of power, including structural racism, gender oppression, economic inequity, and governmental overreach. Learn more at https://ccrjustice.org.

Krystal Two Bulls’ reply in support of Motion to Dismiss. 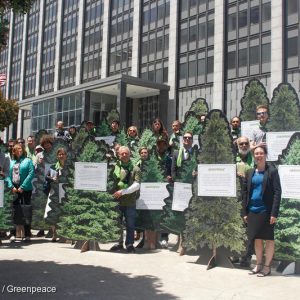 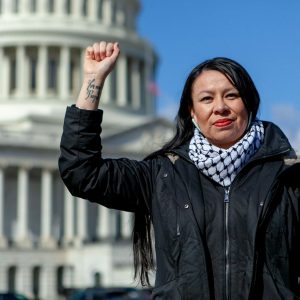