April 4, 2018, Hpa-An, Myanmar – Myanmar Union Minister of Electricity and Energy U Win Khaing announced at a press conference on March 14 that the Myanmar government will not grant permission for the proposed 1,280 MW coal power plant in Hpa-An, Karen State. Local communities and civil society groups who have campaigned tirelessly against the proposed coal plant are celebrating this victory and welcome the news from the new Minister of Energy.

“We are very happy and appreciative to hear the announcement of the Union Minister that this project has been cancelled. Despite our happiness at the result, we remain cautious. We hope that state-level government representatives will help reduce our concerns by following in the footsteps of the Union Minister and announcing their support for the project’s cancellation.” said Saw Aung Than Htwe, a member of one of the Hpa-An communities.

We, the undersigned 131 organizations and networks call on the Myanmar Union government to follow up on the Minister’s statement and officially cancel all proposed and suspended coal-fired power plants. We also call on the government to pass a national moratorium on coal power plants because of the devastating and irreparable harm they would cause to the environment and people of Myanmar. We further call on the government to create policies and laws to promote and regulate the implementation of sustainable renewable energy projects that are consistent with the needs and wishes of communities.

In April 2017, the Karen State Government (KSG and Toyo Thai Power Myanmar Co Ltd (TTCL) signed a memorandum of understanding to conduct a feasibility study for the proposed Hpa-An coal plant. In June 2017, 42 Karen State-based civil society organizations and 130 other civil society organizations released a statement against the project. In October 2017, the KSG  and TTCL signed joint venture and lease agreements for 815 acres with a concession period of 40 years. The proposed project site was on the Thanlwin (Salween) River. Local civil society groups collected around 2,980 signatures from Karen State residents who opposed the project and submitted them to the Karen State Chief Minister. In November 2017, local communities gathered to demonstrate against the project. Despite knowledge of this opposition, TTCL persuaded the KSG to organize people from Hpa-An to go and visit Hekinan coal-fired power plant in Japan in an attempt to influence and promote their project in Hpa-An.

“Although the project has been declared cancelled at Union level this remains unclear at state level. Public access to information on the project remains limited, and land has recently been purchased by TTCL in the project area,” said Saw Nay Lin Htun, a member of one of the Hpa-An communities.

It was also reported that TTCL attempted to implement the Hpa-An project in Karen State after having failed to do so in Ann Dinn, Mon State. The local communities in Ann Dinn strongly opposed this project. Around 5,000 people protested the project in 2015, and a result of this strong and continuous opposition, the Ann Dinn project was cancelled.

Communities in Myanmar have continuously opposed coal-fired power plant projects throughout Myanmar, expressing serious concerns over forced relocation from their lands, pollution to the air and water, the resulting loss of livelihoods, and harmful consequences to their health.

“This moment presents an opportunity to discuss steps towards sustainable and decentralized community-managed alternative energy, and to open space for clear and people-centered plans for energy governance,” said Saw Tha Phoe, coordinator for Karen River Watch.

The global trend towards renewable energy is also due to increasing awareness worldwide that coal emissions are a primary contributor to climate change and cause devastating impacts to the environment and human health. If Myanmar continues to develop coal power projects, it will miss an opportunity to become a leader in renewable energy, instead sacrificing the health of its communities and the environment. There can be no justification for the continued use of fossil fuels for power generation. 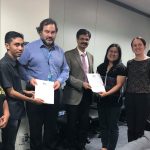 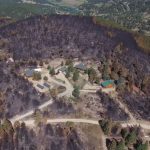