Home / Media Release / Media Advisory: Supreme Court Hears Case on Whether the World Bank Group is Above the Law

On October 31, the U.S. Supreme Court will hear arguments in Budha Ismail Jam v. International Finance Corporation (IFC), a case that will consider whether international organizations, like the World Bank Group, are immune from lawsuits in U.S. courts. On Wednesday after the oral argument, the petitioners will join their counsel for an audio media briefing to discuss what is at stake in the case.

From the start, the IFC – the private sector lending arm of the World Bank Group – recognized that the Tata Mundra coal-fired power plant was a high-risk project that could have “significant” and “irreversible” adverse impacts on local communities and their environment. Despite knowing the risks, the IFC provided a critical $450 million loan, enabling the project’s construction and giving the IFC immense influence over project design and operation. Yet the IFC failed to take reasonable steps to prevent harm to the communities.

As predicted, construction of the plant destroyed vital sources of water used for drinking and irrigation. Coal ash has contaminated crops and fish laid out to dry and has led to an increase in respiratory problems. Thermal pollution – hot water released from the plant – has also destroyed the local marine environment and the fish populations that fishermen like Mr. Jam rely on to support their families. Although a 2015 law required all plants to install cooling towers by the end of 2017, to minimize thermal pollution, the Tata plant has failed to do so.

The IFC’s own internal complaints mechanism, the Compliance Advisor Ombudsman (CAO), issued a scathing report in 2013 confirming that the IFC had failed to ensure the Tata Mundra project complied with the environmental and social conditions of the IFC’s loan. Rather than take remedial action, the IFC responded to the CAO by rejecting most of its findings and ignoring others. In a follow-up report in early 2017, the CAO observed that the IFC remained out of compliance and had failed to take any meaningful steps to remedy the situation.

The harms suffered by the plaintiffs are all the more regrettable because the project made no economic sense from the beginning. Last year, in fact, Tata Power began trying to unload a majority of its shares in the project for 1 rupee (the equivalent of a few cents) because of the losses it has suffered and will suffer going forward.

For more information on this case, please visit the case page. 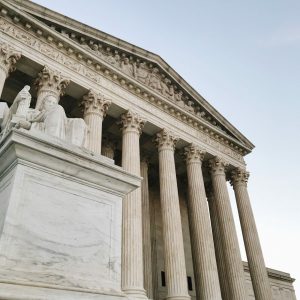