This year marks the 10 years since the Myanmar and Thai government agreed to establish the Dawei Special Economic Zone (SEZ) project. The report and accompanying video lay out the facts and experiences of the people affected by one of the biggest industrial development projects in Myanmar.

This report documents how villagers living in SEZ project areas understand the SEZ and what it might mean for their lives and livelihoods. Although research on villagers’ perspectives on the Dawei SEZ has been carried out before, no such research has taken place in the years since the project’s suspension. Here, we present the diverse ideas, opinions, hopes, and concerns of those whom the SEZ will most directly affect.

Villagers who participated in this research expressed a desire for the jobs, infrastructure, and financial compensation that they hope the project will bring, despite the poor track record that SEZs globally have for job creation for local communities.

As seen across the four key areas of research for this report  information access, livelihoods, employment, and gender – villagers are calling for:

“For us local people, our villages, our homes, the places we’ve lived for such a long time – we can’t accept them moving them. Their relocation plan – I’m not sure which area, in their plan, will it be the same as our current life? Or different? And in their relocation site – I’m worried about whether we’ll be able to survive in the way that we’re used to as farmers.”

“After 10 years, there are still a lot of problems unsolved and communities have been suffering from uncertainity and worries for a decade. These problems must be solved and remedies must be granted whether the project proceeds or not. Respecting local communities’ views, transparent and just process of compensation and relocation is vital.”

“Regarding with the Dawei project, the important things for the NLD government not to do the same mistake as what the previous one did. Exploring existing values of the region, understand the potentials, think sustainability, listen what Dawei people want and make sure to create an enabling environment for inclusive development process.”

Dawei Special Economic Zone is an industrial development project in southern Myanmar. It is one of three SEZs in Myanmar that are designed to attract businesses by lowering environmental regulations, offering tax breaks, and waving minimum wage requirements. If completed, the SEZ will include a deep-sea port, an oil refinery, a steel mill, fertilizer and petrochemical plants, industrial factories and operations, a reservoir and a road connecting Dawei to Kanjanaburi, Thailand. If completed, it would be one of the largest industrial zones in Southeast Asia.

Dawei SEZ would directly affect 43,000 residents, most of whom have not received enough information about the project, nor have they been properly consulted. Only 8 percent of those affected consented to the project before it began and less than one-third of those affected received any information from the government or developers. Many of the communities in these SEZs are speaking out against what they see as land grabs, abuse and exploitation on the part of investors and project managers. Over 70 percent of those affected depend on their land for their livelihoods and most of these families will lose all or some of their land to the SEZ.

The Myanmar government suspended the project in 2013 following funding deficits and community opposition. Recently, however, statements from the government and other project proponents have indicated the project might resume soon.

Communities in the Balance (Burmese) 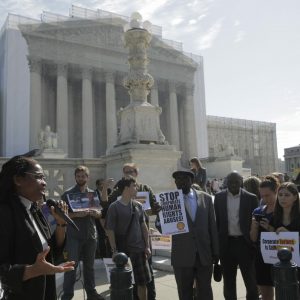 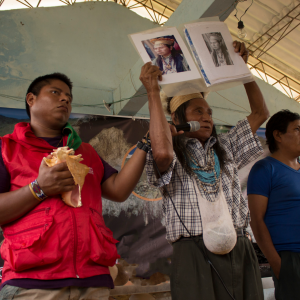