September 27, Washington, D.C. – Indian fishing communities and farmers represented by EarthRights International (ERI) said today that they will ask the U.S. Supreme Court to review a decision finding the World Bank Group is entitled to “absolute immunity” from suits in U.S. courts. The U.S. Court of Appeals for the District of Columbia Circuit ruled yesterday that it would not reconsider its immunity rule, despite the fact that one judge has stated that this rule is “wrong.” The D.C. Circuit left standing a decision that the International Finance Corporation (IFC), the private lending arm of the World Bank Group, could not be sued for its role in the controversial Tata Mundra coal-fired power plant that has devastated communities in Gujarat, India.

In the ruling on the Tata Mundra case, Budha Ismail Jam v. IFC, the D.C. Circuit concluded that previous decisions concerning international organizations required the court to find the IFC immune from suit in this case.  One of the judges, however, wrote separately, expressing strong disagreement with IFC immunity and noting other federal courts had rejected the prior D.C. Circuit cases. The plaintiffs then asked the D.C. Circuit to reconsider the case “en banc” – a procedure that allows the judges to re-evaluate their prior decisions – but yesterday the court refused to do so.

“The court’s decision says the IFC is above the law and accountable to no one, regardless of how much harm it causes,” said Richard Herz, senior litigation attorney at EarthRights International (ERI), who argued the case for the plaintiffs. “But the cases the court relied on were fundamentally wrong when they were decided and they are wrong today. Such sweeping immunity has already been rejected by other federal courts, it is inconsistent with Supreme Court precedent, and it is contrary to the IFC’s own mission. The Supreme Court should correct this error.”

“The court’s decision tells the world that the doors of justice are not open to the poor and marginalized when it comes to powerful institutions like IFC,” said Gajendrasinh Jadeja, the head of Navinal Panchayat, a local village involved in the case. “But no one should be above the law.” Budha Jam, another plaintiff, added that “we are disappointed with this decision, but we will not give up our struggle for justice.”

Fishing communities and farmers represented by ERI filed suit against the IFC in 2015 over the destruction of their livelihoods and property and threats to their health caused by the IFC-funded Tata Mundra coal-fired power plant in Gujarat, India. The plaintiffs appealed after a district court found that the IFC was immune from suit. On appeal, the D.C. Circuit recognized the “dismal” situation of the Plaintiffs, noting the IFC did not deny that the plant had caused substantial damage, and yet found the IFC could not be sued based on the Circuit’s previous decisions.

In her separate opinion, Judge Nina Pillard criticized those decisions as “wrongly decided” and suggested they should be reconsidered.  She wrote that the D.C. Circuit had taken “a wrong turn” when it “grant[ed] international organizations a static, absolute immunity” and in limiting the IFC’s own clear waiver of immunity.

The plaintiffs will now ask the U.S. Supreme Court to hear their case.

Construction of the plant destroyed vital sources of water used for drinking and irrigation.  Coal ash contaminates crops and fish laid out to dry and has led to an increase in respiratory problems. The plant has also destroyed the local marine environment and the fish populations that fishermen like Mr. Jam rely on to support their families.

The IFC’s own compliance mechanism, the Compliance Advisor Ombudsman, issued a scathing report in 2013 confirming that the IFC had failed to ensure the Tata Mundra project complied with the environmental and social conditions of the IFC’s loan. Rather than take remedial action, the IFC responded to the CAO by rejecting most of its findings, and ignoring others. In a follow up report earlier this year, the CAO observed that the IFC remained out of compliance and had failed to take any meaningful steps to remedy the situation.

The harms suffered by the plaintiffs are all the more regrettable, because the project made no economic sense from the beginning. In fact, Tata Power, which owns the plant, has begun trying to unload a majority of its shares in the project for 1 rupee (less than 2 cents) because of the losses it has suffered and will suffer going forward.

On appeal, the IFC argued that it is not bound by the mission in its charter: to help the poor and avoid harming its project’s neighbors. “The court’s judgment supports the arrogance of lenders like IFC, who disregard the law, their own safeguard policies, and even the findings of their accountability mechanisms,” said Dr. Bharat Patel of Machimar Adhikar Sangharsh Sangatha (Association for the Struggle for Fisherworkers’ Rights), which is a plaintiff in the case. “This sends the wrong message to institutions like IFC – that you can continue to lend money to bad projects, causing irreversible damage to people and environment and no law will hold you accountable.” 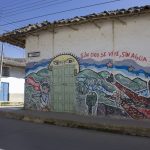 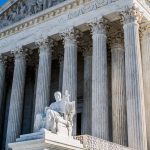