Lima, Peru. April 18, 2018 – EarthRights International, with human rights lawyer Pablo Abdo, is defending Milton Sánchez Cubas, human rights defender and representative of the Inter-Institutional Platform of Celendin, also known as PIC, in the Case of the Metal Fences of the Yanacocha Mining Company, at the Criminal Court of Celendín, Judicial District of Cajamarca, under Judge Edith Cabanillas Palomino.

The prosecutor in the case, Olga Del Carmen Bobadilla Terán, wants to charge Milton Sánchez Cubas with the crime of rioting and requests a six-year prison sentence, for the alleged events that occurred on July 7, 2015 on the land known as Tragadero Grande, the same land where the family of Máxima Acuña de Chaupe lives. There, leaders and community members mobilized in response to the harassment and intimidation carried out by the Yanacocha mining company.

In the context of the criminal proceedings commenced against Milton Sánchez in 2015, the first hearing was scheduled for April 10, 2018. There, the representative of the Attorney General’s Office showed a hostile and obstructive attitude to the detriment of the human rights defender. This was evident when the prosecutor transgressed procedural requirements by reading the accusation as opposed to presenting the contents as in an oral argument, and by requesting the suspension of the oral trial due to lack of knowledge despite being in charge of this investigation since 2015.

The pattern of obstruction of justice was repeated this week, at the second oral hearing held on April 16, 2018. This time, the Prosecutor questioned the professional qualifications of human rights lawyer Pablo Ricardo Abdo, arguing a lack of registration of his professional degree in the National Superintendence of Higher and University Education (SUNEDU). She also used disparaging, discriminatory, and xenophobic language against him and his nationality (Pablo Ricardo Abdo is Argentine). Immediately, Abdo presented evidence of authorization and other documents that demonstrate he can legitimately practice law in Peru. However, the prosecutor requested the suspension of the hearing and the exclusion of ERI’s legal defense, and negligently proposed that Milton Sánchez Cubas be represented by a public defender. The judge decided to suspend the hearing for July 6, 2018.

ERI denounces these acts of hostility, discrimination and obstruction of justice. These violations demonstrate the weaknesses and lack of transparency in the execution of justice by the prosecutor’s office and the judiciary. This case illustrates the persecution and criminalization suffered by leaders that oppose extractive industries in Peru, and who exercise their rights through social protest. 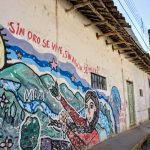 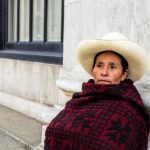