Yesterday, human rights activist Khaing Myo Htun and his legal counsel EarthRights International (ERI), asked the Sittwe High Court to have the charges he faces dismissed for abuse of process. The charges have no legal standing and are a breach of Myanmar’s fragile ceasefire, jeopardizing the country’s ongoing peace process.

Khaing Myo Htun has been in police custody since his arrest on July 25, 2016, while the court considers charges of sedition and incitement under Myanmar’s draconian Penal Code. The charges followed an Arakan Liberation Party (ALP) statement that implicated the army in crimes against humanity and forced portering of civilians in Rakhine State and warned that these crimes could unravel the peace process.  Rather than leading to an investigation, the ALP declaration appears to have been used by the army to pursue politically-motivated charges against Khaing Myo Htun.

Khaing Myo Htun remains in custody while the court considers the charges. The hearings are sometimes weeks apart and have been canceled without notice when prosecution witnesses from the army are ‘unavailable’.

“It is easy to forget that we are no longer under a military regime when crimes like these go uninvestigated and human rights defenders languish in prisons,” said Ka Hsaw Wa, Founder and Executive Director at ERI.

The army’s use of the courts is itself a breach of process.  The ALP and army are parties to the Nationwide Ceasefire Agreement (NCA).  The NCA has mechanisms for investigating flagrant abuses of the type alleged in the ALP statement. It also has a dispute resolution mechanism for disputes between NCA parties. By deciding not to investigate the allegations and resorting to the courts, the army is ignoring its obligations under the NCA and further threatening the peace process.

There is also no basis in Myanmar law for bringing charges against Khaing Myo Htun. The ALP statement bears the organization’s official seal and was made by the ALP rather than Khaing Myo Htun.  The army appears to be targeting Khaing Myo Htun for his work in human rights and environmental activism.

ERI has seen credible audio and video evidence backing the ALP allegations which have also been well-documented in Rakhine state by organizations including the International Labor Organization, rendering the charges groundless.

“Instead of wasting resources on bringing baseless cases against human rights defenders, the Army’s time would be better spent investigating allegations of its soldiers involvement in human rights violations against civilians in Rakhine State.  The charges should be dropped immediately,” said Ka Hsaw Wa.

Khaing Myo Htun, is a member of the Arakan Liberation Party (ALP), a prominent environmental activist, and former student at the EarthRights School for human rights and environmental activists. He is a committed campaigner, having worked with Arakan Oil Watch before co-founding Natural Resources for the People and becoming a board member of the Arakan Natural Resources and Environmental Network.  He later joined the ALP as deputy-spokesperson for the Information and Organizing Department. Its armed wing, the Arakan Liberation Front, was one of eight signatories in last year’s nationwide ceasefire agreement.

Myanmar’s Nationwide Ceasefire Agreement (NCA) aims to resolve conflict through “inclusive political dialogue” with the parties to work “in an accountable, responsible and transparent manner”.  The NCA requires the parties to “negotiate in good faith any issues that may arise among the dialogue partners in order to achieve lasting and sustainable peace.”  It sets up a nationwide Joint Ceasefire Monitoring Committee (JMC) to investigate alleged violations and obliges parties to resolve any issues that may arise peacefully and, if they cannot, to submit them to the NCA Joint Implementation Coordination Meeting (JICM).

The ALP provoked controversy in April 2015 when it published a statement accusing the Myanmar army of violating the Geneva Conventions by targeting civilians for forced portering and torture, warning that this could unravel the peace process. Lt-Col Tin Naing Tun, a staff general (grade 1) from the Sittwe-based Regional Operations Command filed a complaint on 5 May, leading to Khaing Myo Htun facing charges under section 505(b) and 505(c) of Myanmar’s colonial era penal code – for sedition and incitement respectively.

The National League for Democracy (NLD), which formed the country’s first democratically elected government in nearly 60 years in April 2016, has pledged to free all political prisoners in Myanmar and has freed prisoners charged under section 505(b) and 505(c). But dozens of activists remain incarcerated and the ruling government has yet to adopt a comprehensive definition of the term ‘political prisoner’. 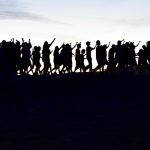